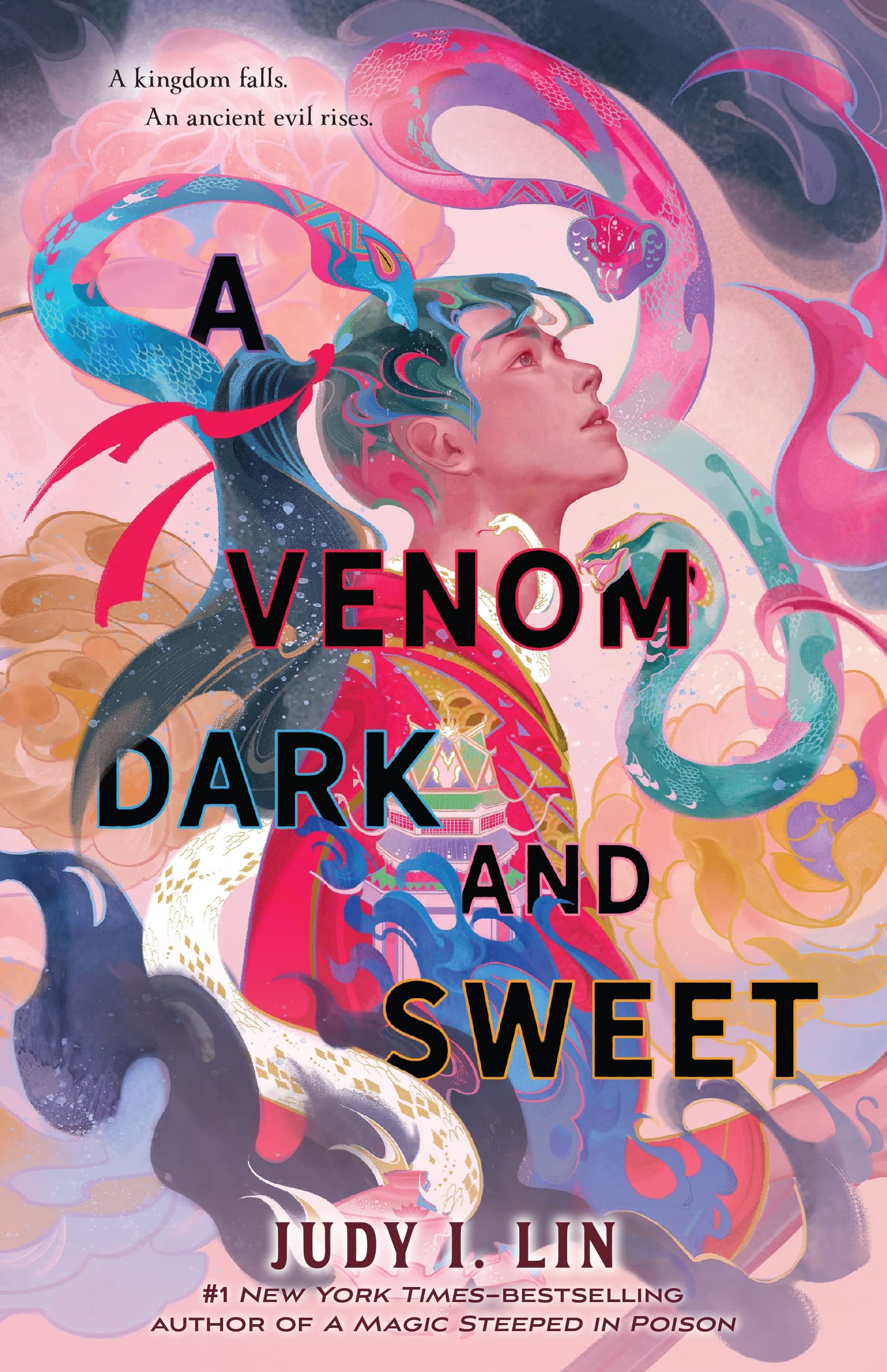 'A Venom Dark and Sweet' by Judy I. Lin (Feiwel and Friends)

REVIEW: ‘A Venom Dark and Sweet’ by Judy I. Lin brings the series to a satisfying ending

If you’re looking for a fantasy story with unique magic elements then this series is perfect for you!

The stakes are high following the aftermath of A Magic Steeped in Poison, and every character is about to be tested on how far they will go to save the people they love.

A great evil has come to the kingdom of Dàxi. The Banished Prince has returned to seize power, his rise to the dragon throne aided by the mass poisonings that have kept the people bound in fear and distrust.

Ning, a young but powerful shénnóng-shi — a wielder of magic using the ancient and delicate art of tea-making — has escorted Princess Zhen into exile. Joining them is the princess’ loyal bodyguard, Ruyi, and Ning’s newly healed sister, Shu. Together the four young women travel throughout the kingdom in search of allies to help oust the invaders and take back Zhen’s rightful throne.

But the golden serpent still haunts Ning’s nightmares with visions of war and bloodshed. An evil far more ancient than the petty conflicts of men has awoken, and all the magic in the land may not be enough to stop it from consuming the world…

In the first book, Ning goes to the palace to enter a competition in hopes that she could save her sister. Now, she is finally reunited with Shu but the two of them are on the run alongside Princess Zhen and her bodyguard. Ning is marked as a criminal by the palace and she’s determined to prove her innocence while helping Princess Zhen regain the throne.

My favorite part of this book was this group of women! I loved the trust and friendship they built between each other. It was also fun getting to know Shu better since we’ve only known her from Ning’s perspective. My favorite relationship was the one that grows between Princess Zhen and Ning, mainly because I enjoyed Princess Zhen so much. It would have been interesting to have a POV from her to make her more of a complex character.

Unlike A Magic Steeped in Poison, this book is told from a dual POV between Ning and Kang. Since the two of them are now separated, we get Ning’s viewpoint as she’s traveling and trying to find answers behind the mass poisonings. Then we get a glimpse into Kang’s new life as the Banished Prince in the palace.

It was difficult to connect with Kang in this book up until the final act. I felt for him on a certain level considering that his new life isn’t all glitz and glamour. He had a lot to prove not only to the people of Dàxi but to his father as well. Kang feels torn between being a loyal son and doing what his heart believes is right.

The story picks up when Ning and Kang’s paths cross once again. The world grows more enchanting and we get a better sense of the magic being used. I enjoyed each moment when Ning explores her magic. It felt as if I have never read something like this in a fantasy story.

I think Judy I. Lin did an amazing job with details of how the magic works and with the blending of tea making. Everything was so fun to read! This story is rich in culture and I believe that’s why every word pulled me into these characters and their adventure.

Overall, I found the ending satisfying. There were a few questions that I felt were left unanswered even after reading the epilogue, but who is to say there won’t be another story set in this world in the future?

A Venom Dark and Sweet starts off a bit slow but once you hit the middle the pace starts to pick up right until the final page. This series is one for every fantasy reader because it’s an exciting adventure with fun magic inside!