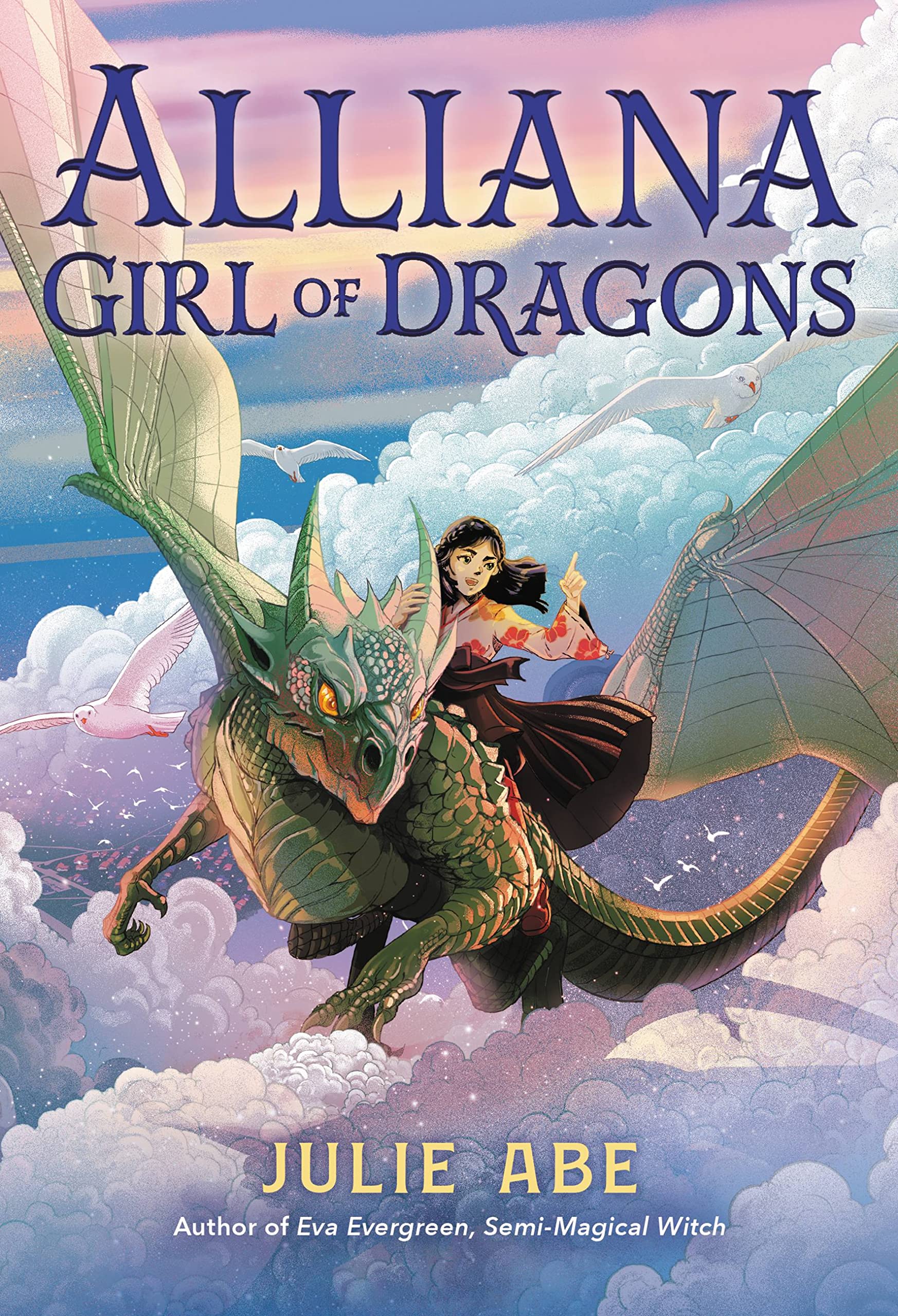 Julie Abe’s new middle-grade novel shows that every dream is worth chasing!

There is so much to enjoy in this Japanese Cinderella-inspired story, including a friendly dragon and heartwarming friendships.

Once upon a time, Alliana believed in dreams and fairy tales as sweet as spun-sugar clouds. Alliana wished on shooting stars, sure that someday she and her grandmother would be able to travel to the capital city to see the queen. Then her grandmother passed away — and those dreams disappeared in a disenchanted puff.

Now Alliana’s forced to attend to the whims of her wicked stepmother — with long days of cleaning her stepfamily’s inn as her skin burns raw or staying up until the crack of dawn to embroider her stepsister’s ball gowns. Until she meets two beings who change her life forever — the first is a young nightdragon who Alliana discovers she can magically talk to. And the second is Nela, a young witch.

Nela needs Alliana’s help navigating the mysterious abyss, filled with dangerous beasts, a place Alliana knows by heart. Alliana sees Nela’s request as a chance to break free of her stepmother’s shadow and to seize a chance at a life she’s barely dared to hope for — but there’s a risk. If caught, Alliana will be stuck working for her stepmother for the rest of her life. Can Alliana truly make wisps of dreams into her own, better-than-a-fairy-tale happily ever after?

This story will feel familiar to anyone who knows the classic fairytale.

Alliana’s father passed away several years ago and she was left in the care of her stepmother. Of course, life is far from simple for Alliana. Her stepmother is cruel and controlling, and her stepsiblings aren’t any better. All three of them are determined to make Alliana’s life as miserable as they can. She’s forced to take care of them, clean, and run errands all day long with barely any food.

There are two things that keep her going: her grandmother and her dream that she’ll leave this town behind and stand on her own two feet.

I loved Alliana and admired her bravery most. Despite her young age, she showed a lot of courage when she had to stick by her stepfamily’s side with the way she was being treated. She remained kind and loving even after everything life continued to throw at her. Reading her growth throughout the story put a huge smile on my face!

Life takes a turn for the young girl and she’s presented with a choice to stay in this town or leave it all behind. You would think it would be a simple answer, but it’s a lot harder for her to choose because of certain circumstances.

There are a lot of challenges that Alliana faces throughout the story but she meets some amazing people along the journey. Including a dragon and a witch that make the story extra fun! This is the first book that I’ve read by Julie Abe and I really enjoyed how exciting it was to read about all the magic and creatures in this world.

Alliana, Girl of Dragons is a book that will give a lot of hope and reassurance to young readers. This story is for anyone who feels like their dreams are so far from their reach or those that feel alone. Alliana is just an average girl, but she never gives up and her adventure will help readers fight for their own dreams!