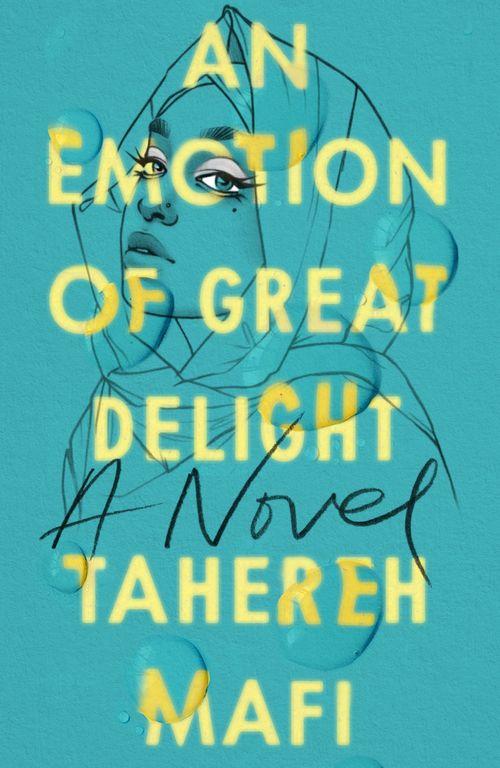 An Emotion of Great Delight by Tahereh Mafi (HarperCollins)

REVIEW: ‘An Emotion of Great Delight’ by Tahereh Mafi feels flat in the end

Despite fantastic writing and exploration of its themes, ‘An Emotion of Great Delight’ just seems flat in the end.

Having been a fan of Tahereh Mafi’s previous contemporary novel, I had big hopes for An Emotion of Great Delight. Despite fantastic writing and exploration of its themes, it just seems flat in the end.

From bestselling author of the Shatter Me series and the National Book Award-nominated A Very Large Expanse of Sea, Tahereh Mafi, comes a stunning novel about love and loneliness, navigating dual-identity as a Muslim teenager in America, and reclaiming your right to joy.

It’s 2003. It’s been several months since the US officially declared war on Iraq, and the political world has evolved. Shadi, who wears hijab (a visible allegiance to Islam) keeps her head down. Hate crimes are spiking. Undercover FBI agents are infiltrating mosques and interrogating members of the congregation, and the local Muslim community is beginning to fracture. Shadi hears the fights after services, the arguments between families about what it means to be Muslim, about what they should be doing and saying as a community but she does not engage.

She’s too busy drowning in her own troubles to find the time to deal with bigots.

Shadi is named for joy, but she’s haunted by sorrow. Her brother is dead, her father is dying, her mother is falling apart, and her best friend has mysteriously dropped out of her life. And then, of course, there’s the small matter of her heart.

It’s broken. Shadi has tried to navigate the remains of her quickly-shattering world by soldiering through, saying nothing, until finally, one day, everything changes.

An Emotion of Great Delight showcases that Tahereh Mafi is an incredibly gifted writer. Her way with words, as we’ve seen before in Shatter Me and A Very Large Expanse of Sea, is lyrical and deeply moving, and the way that she captures feelings and emotions in just a few words is truly second-to-none.

However, I had a difficult time with this book in the end. For how beautiful the prose is, and how important some of the subject matter considered is, something feels lacking in the pages. Despite big themes beautifully written, plot and secondary character development fall by the wayside early on and disappear almost entirely in the final act.

To start with what I did enjoy: the narrative was engaging, split between the “present day” (2003) and a few flashbacks to “Last Year”. It’s a simple narrative structure that doesn’t try to be a grander than it has to be, which works well in showing a more true-to-life depiction of the life of a Muslim teenager in the first few post-9/11 years.

Shadi’s life hasn’t been one of great joy, and through the story Mafi is telling we are able to understand and appreciate her situation easily. Following her path over the few days we get to know her is a breeze — albeit a fairly sad breeze.

What you’ll really come to realise within the first few pages of this book is that it’s not going to be an uplifting ride from start to finish. That’s another thing that Mafi has done incredibly well; she has deeply and expertly explored grief, especially that of members of the Muslim community in an extremely racially tense period of modern American history. It’s not always enjoyable to read, but Mafi touches on subjects that aren’t often touched upon. From her brother’s tragic death the year prior, to her father’s ongoing health issues, to her mother’s struggles coping, we don’t just get a glimpse at grief; we get the whole spectrum. The writing is the highlight of An Emotion of Great Delight, particularly for how Mafi handles such delicate topics.

However, the book felt like it was missing something. There’s little time for the story to breathe, and though that’s an intentional choice, much of what happens seems to lack any real payoff, and on the surface serves little purpose more than to get Shadi from one point to the next. We watch her life for a few days, but by the end, it feels almost more like we’ve seen a few quick snapshots of events rather than following an arc through to completion.

In terms of narrative, the story promises little early on and barely follows through on what it does. Storylines and characters are introduced for seemingly very little reason and (in the case of one secondary character who feels like he might as well have been cut altogether) are dropped completely by the end.

The main issue is the lack of closure. I understand that there’s a point to there being so little closure to many plot points, but I just don’t think that it worked here, especially with so little happening story-wise.

In the early chapters, I felt like I was rooting for Shadi; her situation is bleak, and I wanted the best for her. As the story progressed, I was still rooting for her, but I honestly don’t know what I was rooting for. I wanted her to be okay, but is that enough for a narrative? I knew what had happened in her life, but I don’t know if I can say exactly what I wanted for her. The story, what little there was, became lost behind the bigger conversations that Mafi was having in the prose.

Which, again, takes me back to what I enjoyed about An Emotion of Great Delight. The conversations about mental health and grief, about family, especially in the Muslim American community, come from a perspective that I haven’t seen much of and feel we need to consider more from. Own voices novels like these are vital in today’s society for readers like me.

It’s a shame then that, structurally, this novel really failed to connect. As I wrote at the beginning; Tahereh Mafi is a wonderful writer. The way that she weaves the themes of escalating grief and loneliness through every aspect of An Emotion of Great Delight is poignant and crucially important, but with little going on in between, poorly realised characters outside of Shadi and her family, and an unsatisfying ending, I found it difficult to love this book.

Editor’s Note: Content warnings for depression and self-harm. It would also be remiss of me not to mention that there’s an unexpected and extremely derogatory remark about the burqa by the main character which is never explained or referenced again.