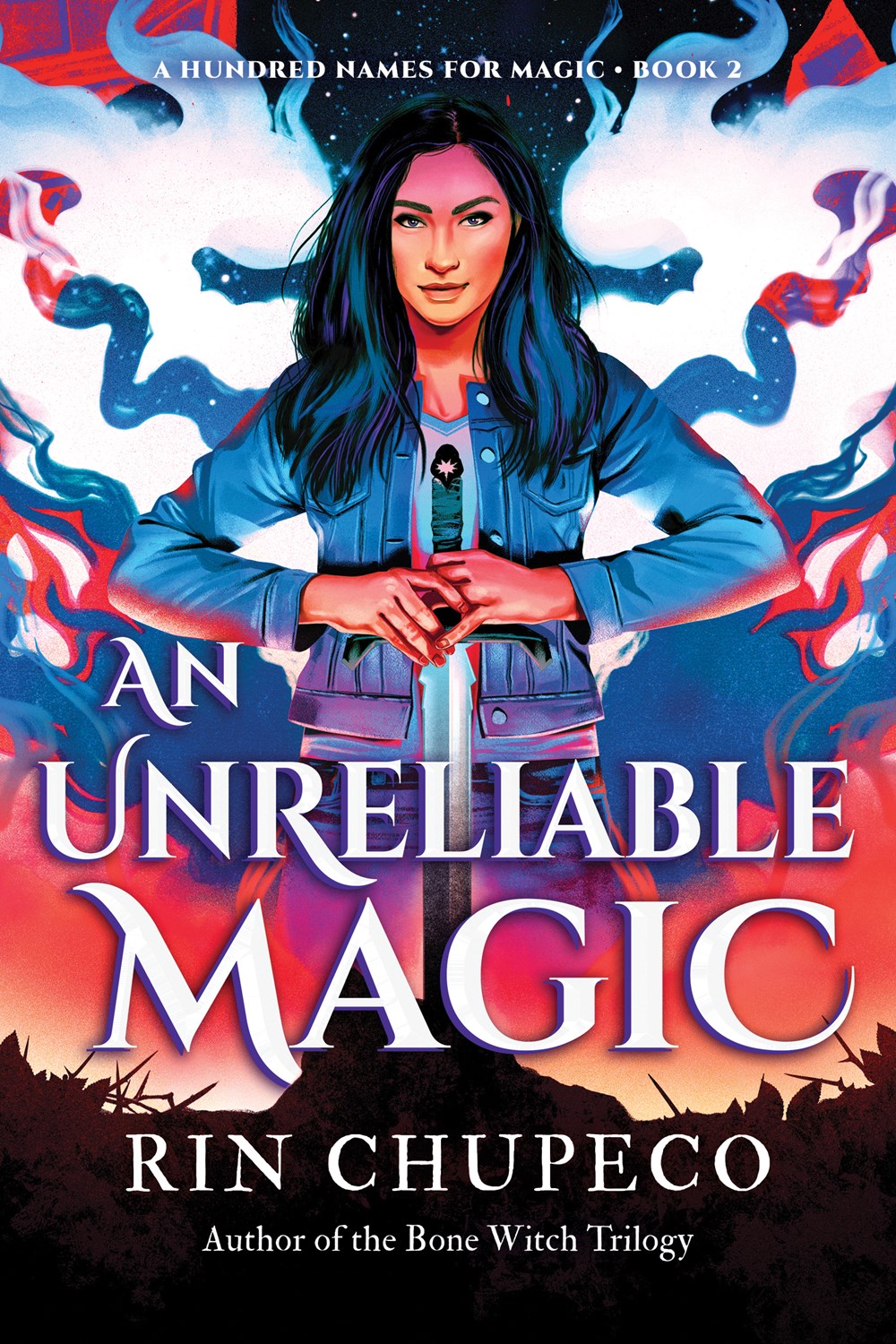 REVIEW: ‘An Unreliable Magic’ by Rin Chupeco was a promising sequel

With Alex’s death looming, the gang search desperately for a cure.

An Unreliable Magic by Rin Chupeco challenges Alex and the Banders with corrupt governments, greedy corporations and the Snow Queen’s relentless quest for vengeance.

Tala, Alex, and the rest of their friends are safe for now, but know the Snow Queen is still out there. They have to be prepared for when she eventually attacks — and all decide to do so in their own way.

When Ryker comes out of the woodwork, showing himself when he starts attacking American detention facilities and freeing refugees. And the Nameless Sword, a legendary weapon that according to Avalon legend, will make its wielder the most powerful warrior of their time turns up with her name on it, Tala’s life gets messier… But when the Snow Queen arrives with an unlikely ally, the group will have to work together.

An Unreliable Magic opens with Tala’s failure. Her constant attempts to complete Avalon’s obstacle course throughout the book mirror her character arc, with each new attempt bringing her closer to understanding what she needs to do both in the labyrinth and outside of it. I found her character arc to be all encompassing, while she retains her fierce protectiveness and stubborn streak, this sequel to Wicked as you Wish is about her learning to listen to others, especially her father.

Each of the other Banders also have their own character arcs. Zoe’s stands out as the most poignant, with Ken’s a close second. Though Loki and West both have their own POVs throughout, their arcs were less prominent, likely because they’ll extend into the next book. As for Alex, he’s a far more enjoyable character now that he’s not being cagey about important secrets. He wears his crown well, though glimpses of the teen he is shine through in certain scenes.

Overall Chupeco’s characters remain the book’s strongest aspect. They write them in such a way that you can’t help but care for the lot of them. The way they wrote the teens was my favourite as each is has a distinctive voice without coming off as too mature. They all have impulsive, even occasionally petulant moments that makes each of them delightful to experience. Chupeco also continue their inclusion of multiple LGBTQ+ characters. There is another non-binary character that comes along apart from Loki, while Alex’s sexuality also features as a prominent subplot.

An Unreliable Magic by Rin Chupeco expands the world they developed in the first book. Magic and its effect on history and politics are at the center of the story; we get to see both the good and the bad of it as governments and corporations alike seek to exploit it. Chupeco also expands Avalon’s history along with that of prominent families and segen. Through Ken’s and Cole’s gifts, shadow magic also becomes prominent in this book, while Chupeco also explores Tala’s magic and her clan’s history.

Despite how well Chupeco develops their characters, the same can’t be said of the book’s pacing and plot. I found the first half meandering, with the main plot often shadowed by the many subplots. I found the subplots just as engaging, but it lacked some of the structure of the first book at times. However, there’s more coherence in the second half, especially as the subplots start to converge leading to a climactic ending.

Overall I enjoyed An Unreliable Magic by Rin Chupeco. I found it escaped the middle book syndrome, even going so far as to say that it’s stronger than its prequel. I wasn’t left with as many questions as last time and I’m thoroughly excited for the next book. If Wicked As You Wish intrigued you, An Unreliable Magic will no doubt captivate you.

A sequel full of character growth