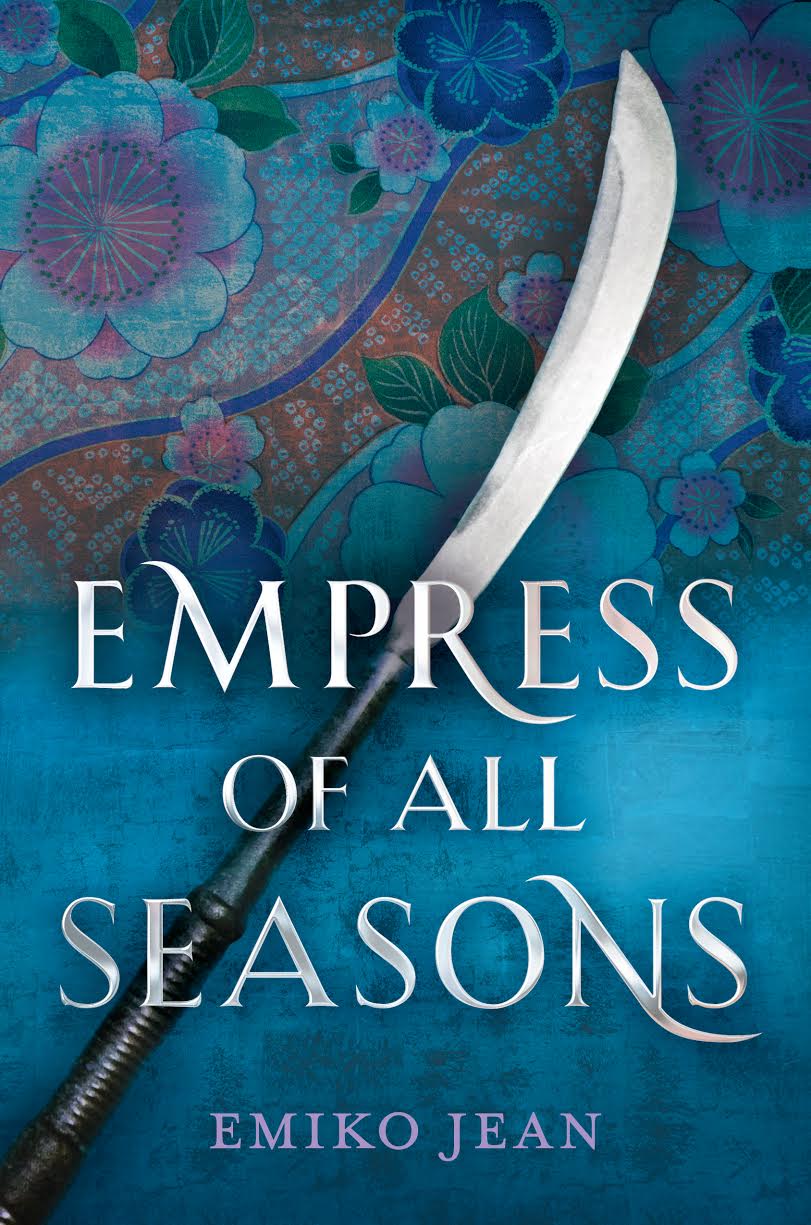 REVIEW: Empress of All Seasons by Emiko Jean

Fantasy meets ‘The Hunger Games’ in this epic adventure inspired by Japanese mythology!

Empress of All Seasons is for the readers who prefer plot over character. Although there are plenty of heroes to root for throughout, the plot drives the story forward and will keep readers turning the pages!

In a palace of illusions, nothing is what it seems.

Each generation, a competition is held to find the next empress of Honoku. The rules are simple. Survive the palace’s enchanted seasonal rooms. Conquer Winter, Spring, Summer, and Fall. Marry the prince. All are eligible to compete – all except yokai, supernatural monsters and spirits whom the human emperor is determined to enslave and destroy.

Mari has spent a lifetime training to become empress. Winning should be easy. And it would be, if she weren’t hiding a dangerous secret. Mari is a yokai with the ability to transform into a terrifying monster. If discovered, her life will be forfeit. As she struggles to keep her true identity hidden, Mari’s fate collides with that of Taro, the prince who has no desire to inherit the imperial throne, and Akira, a half-human, half-yokai outcast.

Torn between duty and love, loyalty and betrayal, vengeance and forgiveness, the choices of Mari, Taro, and Akira will decide the fate of Honoku in this beautifully written, edge-of-your-seat YA fantasy.

The beginning is awfully slow as Emiko Jean introduces readers to this rich world. I didn’t mind this too much thanks to her brilliant writing. I was captivated by everything but especially learning about the human and yokai history. The story is told through three different POVs; Mari, Taro, and Akira. We first get to know Mari, who is an Animal Wife, and I absolutely loved these women. Their lives are incredibly interesting and even heartbreaking, especially during one particular scene between Mari and her best friend. But they are “monsters” born for one purpose: to trick men into marriage and then steal their fortunes.

Mari isn’t considered as beautiful as the rest of the Animal Wives, so her mother trains her for the competition held to find the next empress. Out of the three main characters she was my favorite. She’s strong yet vulnerable, and her fear for the world is relatable. Plus, there are so many amazing quotes from her POV, such as this one: “Never let a man take anything from you. Your smiles, your humor, your body.”

The story begins to pick up once Mari leaves for the palace of illusions. There are more characters introduced as well, my favorite outside of Mari is the Weapons Master, but that’s all I’ll say about them. As for the other two main characters, Taro and Akira, I enjoyed Akira. His story is woven into Mari’s nicely and kept things interesting. But I didn’t really care for Taro, unfortunately he was bland compared to everyone else.

Thanks to the large world building in the beginning, the second and third act felt rushed. I 100% believe that this book would have read much better if it was at least a duology. Being inside the seasonal rooms were short chapters, and the relationships Mari builds with the other competitors weren’t explored to their full potential. This was disappointing but not a complete deal breaker for me because I continued reading. And I’m so happy I did because the ending was EPIC!

I couldn’t predict most of what happened in those last chapters. At one point my mouth fell open from the shock. I was thinking to myself where was all of this throughout the story? I could have done without any of the romance if it was replaced with what went down at the end. It kept me turning the pages needing more!

Overall, Empress of All Seasons is a fun, thought-provoking book. These characters show that it doesn’t matter if you aren’t considered the most beautiful or strongest person, your voice still matters. It can change the world. And I especially enjoyed that Mari’s character chose herself over everyone else.

A rich and vivid world

Empress of All Seasons had a slow beginning, but thankfully Emiko Jean’s writing helped pull me into this rich, Japanese-inspired world. It was vivid and fun while the characters were a bit hard to connect with. Yet, I still felt their pain and heartache, and their rare joy, enough to root for them until the very end. If anything I applaud Emiko Jean for her words alone. I have no doubt that readers will feel more empowered from this book.