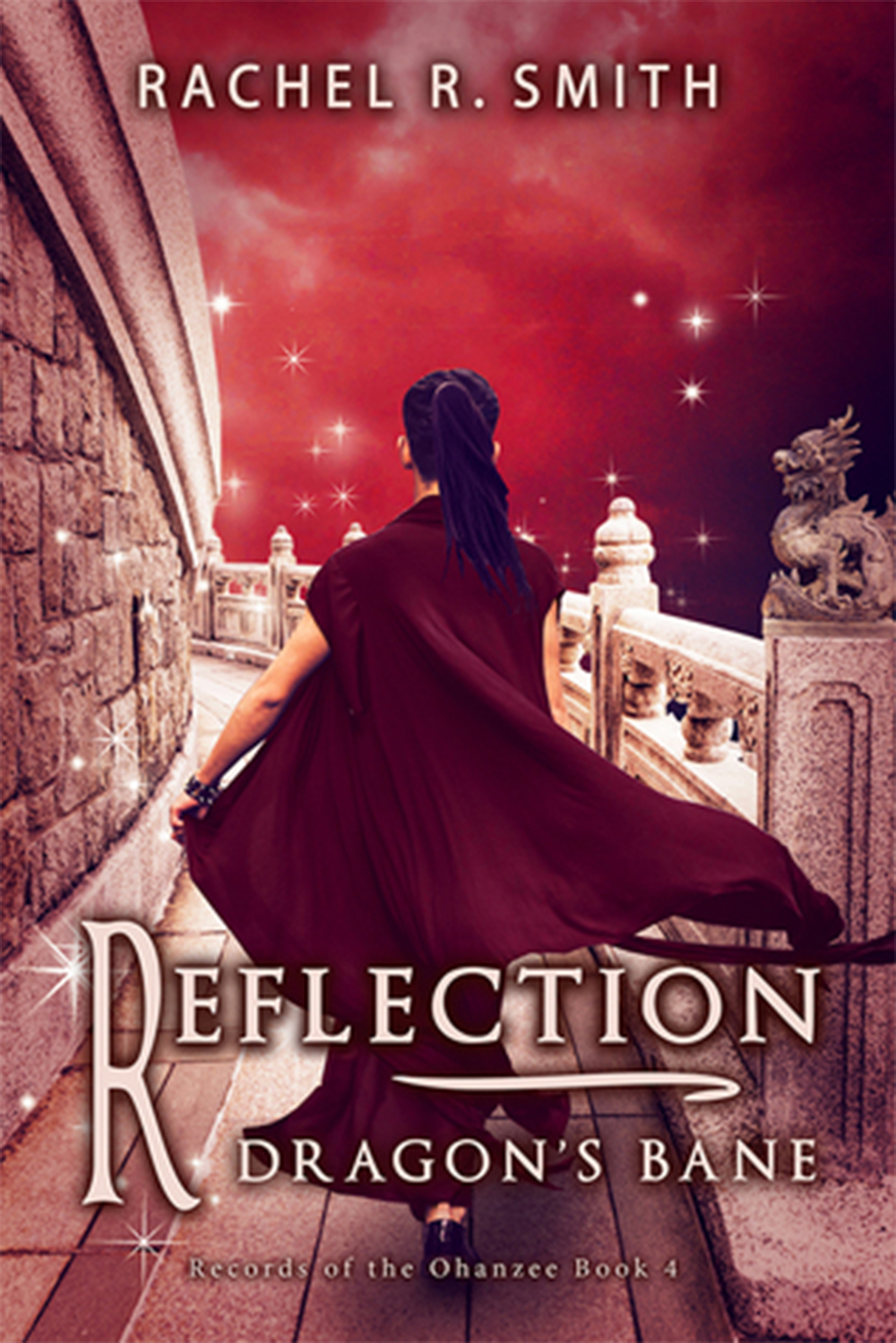 All of our favorite characters are back in the final book of Rachel R. Smith’s ‘Records of the Ohanzee’ series!

Reflection: Dragon’s Bane brings the first story arc in this intriguing series to a close. Nerissa and the Ohanzee remain hopeful for a better future and to finally earn back what is rightfully theirs.

Not everything in the Records of the Ohanzee matches what is written in the history books.

Having learned the disturbing news that the fifth book has fallen into Casimer’s hands, Nerissa and the Ohanzee make their way to the city of Maze where the Festival of Flames is about to begin. They plan to rendezvous with Charis and retrieve a set of spirit crystals that are elements crucial to fulfilling the prophecy. But when a letter arrives in the middle of the night from an anonymous sender claiming to be the owner of the sixth book, the Ohanzee will discover there is far more going on in the city than just celebrations.

With the Festival of Flames beginning soon, Charis and Nerissa have planned a rendezvous in order to obtain the crystals that Charis still has. Just like the previous books, this one continues where we last left our characters. The Ohanzee are still being hunted by the Senka so everyone is on high alert. And a new player is in the game as Amon takes on a bigger role in this story.

He joins Charis in Maze but has different plans than she does. We get to know Amon a lot more in this book and I love the guy! He is so much more than his charming smile. The mystery letter about the sixth book leads them to learn about a secret organization that he happens to be a part of. That’s all I’ll say about it because of spoilers, though. But I will tell you that I’m certainly looking forward to the next story arc and more Amon!

I was happy to be reunited with every single character I already love! Nerissa and Charis are still the best by continuing to be brave and fight against every obstacle. They’re everything we could ever want in strong heroines! The heart of this story is still centered around the great friendships. I did miss seeing more of our favorite twins, though. All of their stories tangle together and wrap up nicely in this book.

The beginning of the story is a little slow but halfway through everything starts building up to an intense ending! Nerissa and Raysel continue to find strength through the crystals while Rian is working on his swordsmanship. Speaking of Rian, there isn’t too much romance in this book but when it’s present, it’s adorable. He is still just as swoony as ever!

There are so many twists and revelations as the story comes to a close! It was foreshadowed (a bit) but I was left completely shocked after one reveal. I’m sure that’s all thanks to Rachel R. Smith’s fantastic writing. Her descriptions are so vivid. And her writing has truly grown since I first picked up any of her books! I felt wrapped inside of this world which made me happy to see such a beautiful ending!

Overall, I really enjoyed this book. The magic, action, and tender moments were all paced well. There is so much to love about this series but my favorite aspect is the characters. Their friendships and how Nerissa is able to find a home within the Ohanzee make this series special. If you’re a fan of fantasy then check it out!

Reflection: Dragon’s Bane has a slow start but quickly picks up once the character’s stories begin to tangle into an intense ending. Rachel R. Smith’s writing is still fantastic and she brings this series to a beautiful close. Her characters are my favorite aspect to the series and I really enjoyed being reunited with them again. They’re on a final quest to earn back what’s rightfully theirs and it’s an intriguing ride! The things they do for each other is something special.

Related:
Fantasy • ya • ya book