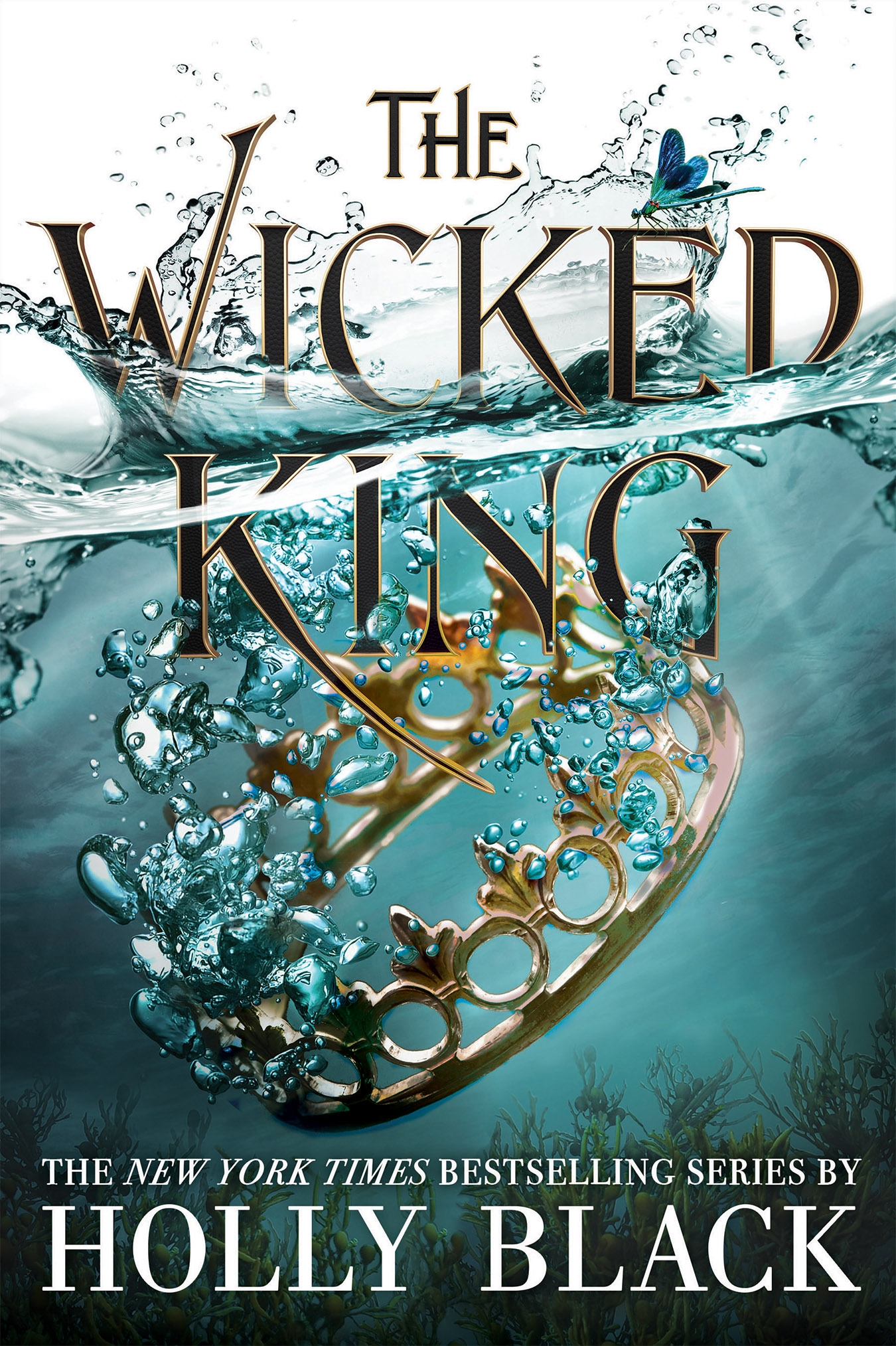 Does Holly Black’s highly anticipated sequel, ‘The Wicked King’, live up to the hype? The answer is yes.

Readers, hold on to your seats for this wickedly fun ride Holly Black has in store for you in The Wicked King! There’s more tears to shed, blood to take, and the heat between Jude and Cardan is on fire. You’re sure to fall deeper in love with this series even if Black leaves you wanting to scream towards the end.

The first lesson is to make yourself strong.

After the jaw-dropping revelation that Oak is the heir to Faerie, Jude must keep her younger brother safe. To do so, she has bound the wicked king, Cardan, to her, and made herself the power behind the throne. Navigating the constantly shifting political alliances of Faerie would be difficult enough if Cardan were easy to control. But he does everything in his power to humiliate and undermine her even as his fascination with her remains undiminished.

When it becomes all too clear that someone close to Jude means to betray her, threatening her own life and the lives of everyone she loves, Jude must uncover the traitor and fight her own complicated feelings for Cardan to maintain control as a mortal in a Faerie world.

The Wicked King begins five months after the events from The Cruel Prince. Cardan is currently being forced by Jude to be the king of Elfhame and serve her for one year and a day (not a minute more).. And it’s going as fun as one can imagine.

To satisfy the fans of Jude and Cardan, I’ll start this review off right, and let you all know that there is a lot of goodness in store for you! There is more banter, moments that will leave you breathless, and the heat is up between them! Black constantly leaves fans wondering, what even is their relationship?

The story moves along slowly as we see how both of them are adjusting to their new roles. There’s a lot of politics and scheming, more so than the first book, and we get to see a lot more secrets the Faerie court holds. All the characters we love to hate are back, too! But of course, Jude and Cardan are the spotlights of this series.

I felt more connected with Jude in The Wicked King. She continues to put herself in dangerous situations to gain power and respect among the Faerie. In this book I understood her more, though. There are moments where we see how each minute she spent in Madoc’s home shaped her into who she now is, a person hungry for power. She makes you feel sympathy, as well as, scared of her, too. Jude is her best self when she lets down her walls and shows readers her vulnerability while trying to put on a brave face for everyone around her.

Then we have everyone’s favorite, Cardan. I wish I understood him better than I do. At times I feel as if he’s a character I’ve read about plenty of times before. The once prince who grew up without love so he turns his love into making others’ lives miserable. But then there are times when Cardan shows a different side to him, and a new layer to his character comes into play. In The Wicked King I think he really made me believe his character is something more than just another cliché.

This book is full of compliments given in the form of threats, and I think that just goes to show how amazing Holly Black’s writing is. I have never been this invested into characters who are so flawed than I am with Jude and Cardan. I want to know where their fate will lead them, and I have to question if I want it to be a good or bad ending. And I can only thank Black’s detailed, complex writing for pulling me into this amazing series.

Overall, The Wicked King is brilliant. The lengths these characters are willing to take to stab one another in the back is intriguing. Readers will need to know the outcome of who exactly will come out victorious and which character truly is the most powerful? There are moments that will leave you with tears, screaming, or questioning what in the world just happened? And this is why I love reading YA fantasy.

Also, please prepare yourselves for the ending.

The Wicked King by Holly Black

The Wicked King is all about the politics and schemes that happen in the Faerie court. Who can do more damage to one another and end up gaining the most? Some readers might find the story to move slowly, but for the ones who enjoy the details that go into ruling a kingdom then this book is sure to be enjoyable. Holly Black is a mastermind when creating complex characters. Do we love Jude and Cardan? Or hate them? By questioning each character’s morals, readers will be left curious of their own.