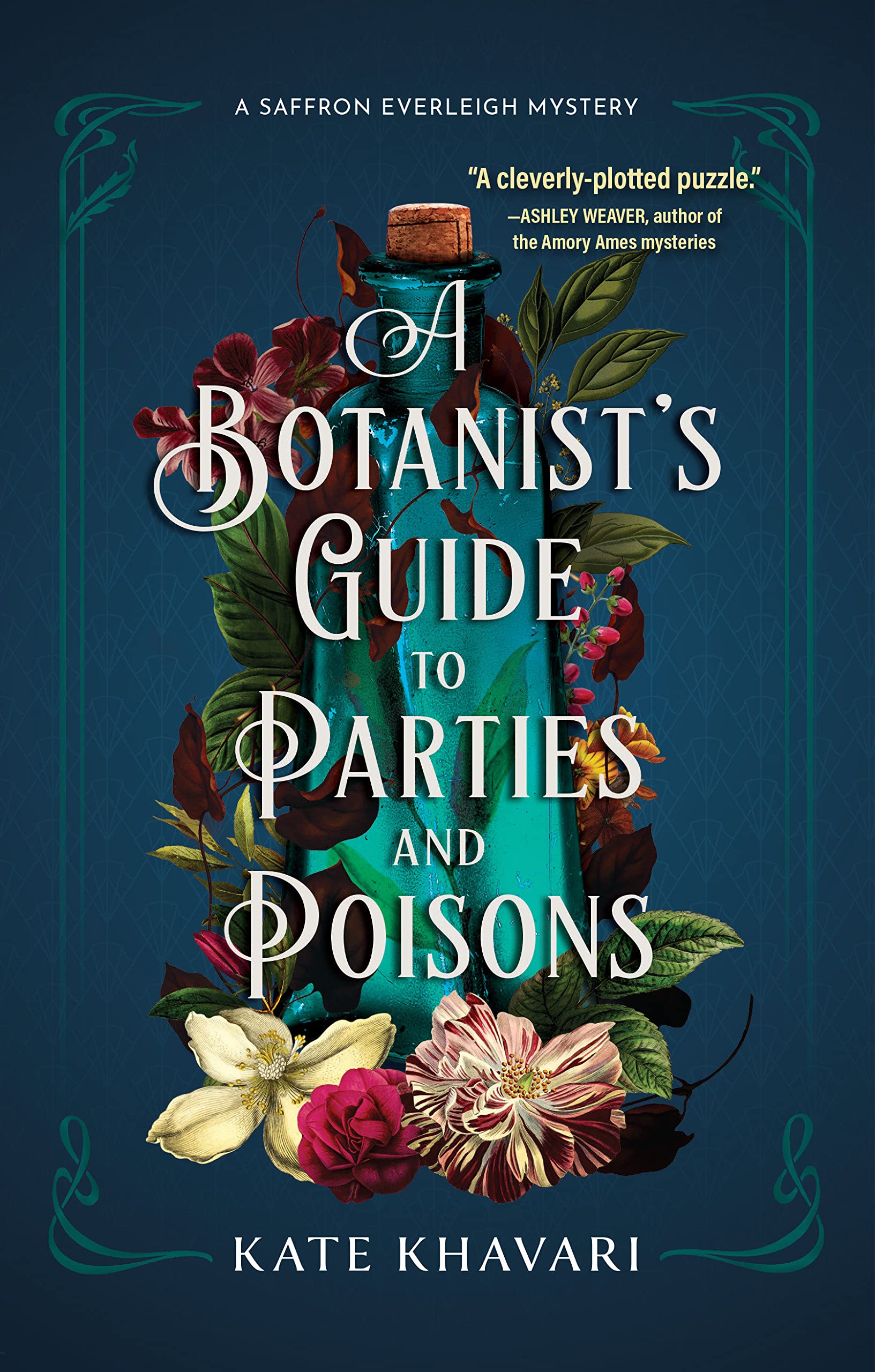 REVIEW: ‘A Botanist’s Guide To Parties and Poisons’ by Kate Khavari was a thrilling read

Saffron embarks on a thrilling tale of poisons, murder, mystery and a dash of romance

A Botanist’s Guide to Parties and Poisons by Kate Khavari lays out a thrilling path where Saffron must exonerate her mentor before the real murderer disappears.

Saffron Everleigh is in a race against time to free her wrongly accused professor before he goes behind bars forever.

London, 1923. Newly minted research assistant Saffron Everleigh attends a dinner party for the University College of London. While she expects to engage in conversations about the university’s large expedition to the Amazon, she doesn’t expect Mrs. Henry, one of the professors’ wives to drop to the floor, poisoned by an unknown toxin.

Dr. Maxwell, Saffron’s mentor, is the main suspect, having had an explosive argument with Dr. Henry a few days prior. As evidence mounts against Dr. Maxwell and the expedition’s departure draws nearer, Saffron realizes if she wants her mentor’s name cleared, she’ll have to do it herself.

Joined by enigmatic Alexander Ashton, a fellow researcher, Saffron uses her knowledge of botany as she explores steamy greenhouses, dark gardens, and deadly poisons. Will she be able to uncover the truth or will her investigation land her on the murderer’s list?

A Botanist’s Guide to Parties and Poisons opens with a grand party and a main character that would rather be anywhere else. Being the only academic woman in her university has shaped Saffron’s character, and the hardships she faces are evident early on as they’ve made her stubborn, ambitious and quite impulsive. This remains throughout the series, though she comes to have moments of reflection in the second half of the book, both on launching the investigation in the first place and also her behaviour throughout.

She’s helped along by Alexander Ashton, both in this and the investigation. A World War I veteran with PTSD who finds solace in the world of microbiology, he’s taken by Saffron from the moment he meets her. Like Saffron, his character arc isn’t pronounced, but he picks up certain habits that overall help him by the end of the book. Where she was brazen, he was held back and very interesting to experience as his POVs also included how he faces day to day triggers for his PTSD.

While only a secondary character, Elizabeth steals the show. She’s loud, doting and she will always have her way, whether that be with the police once Saffron runs into trouble, or with Saffron herself when she puts herself in trouble. She was my favourite character of the bunch and I’d love to see her take a more active role if there are future Saffron Everleigh mysteries.

Khavari’s skill extends to her plot as well. Central to a mystery thriller’s success, the plot pulls you in from the first few chapters. What started out as a party with a little gossip and interesting colleagues turned into a murder scene with a suspect quickly apprehended and Saffron taking matters into her own hands. As Dr Maxwell was her mentor, she sets out to find out the truth and practically drags Ashton into it when she (lightly) poisons herself to prove Maxwell innocent. The pace only picks up from there as the pair race against time to find the murderer before the expedition can begin.

Kate Khavari kept me on my toes by constantly introducing new suspects and theories, all while keeping the true murderer a mystery all throughout. Her writing was captivating with a thrilling edge to it that perfectly fit the book’s overall atmosphere. She easily kept me hooked up to the last page.

Within the frantic investigation, Khavari also weaves subplots that tackle the sexism Saffron faced being a university assistant in the 1920s, the impact WWI had on its soldiers, and even heavier topics such as sexual coercion and even attempted rape. I thought Khavari covered these topics with respect and made them relevant to the story, as opposed to just using them to traumatise her characters.

Overall I greatly enjoyed A Botanist’s Guide to Parties and Poisons by Kate Khavari. The plot gripped me early on and kept a steady pace throughout, the characters were delightful while the writing complimented the setting and atmosphere very well. I’ll even go as far as to say that I was surprised this was a debut. Khavari shows a lot of potential and I can’t wait to read more from her.