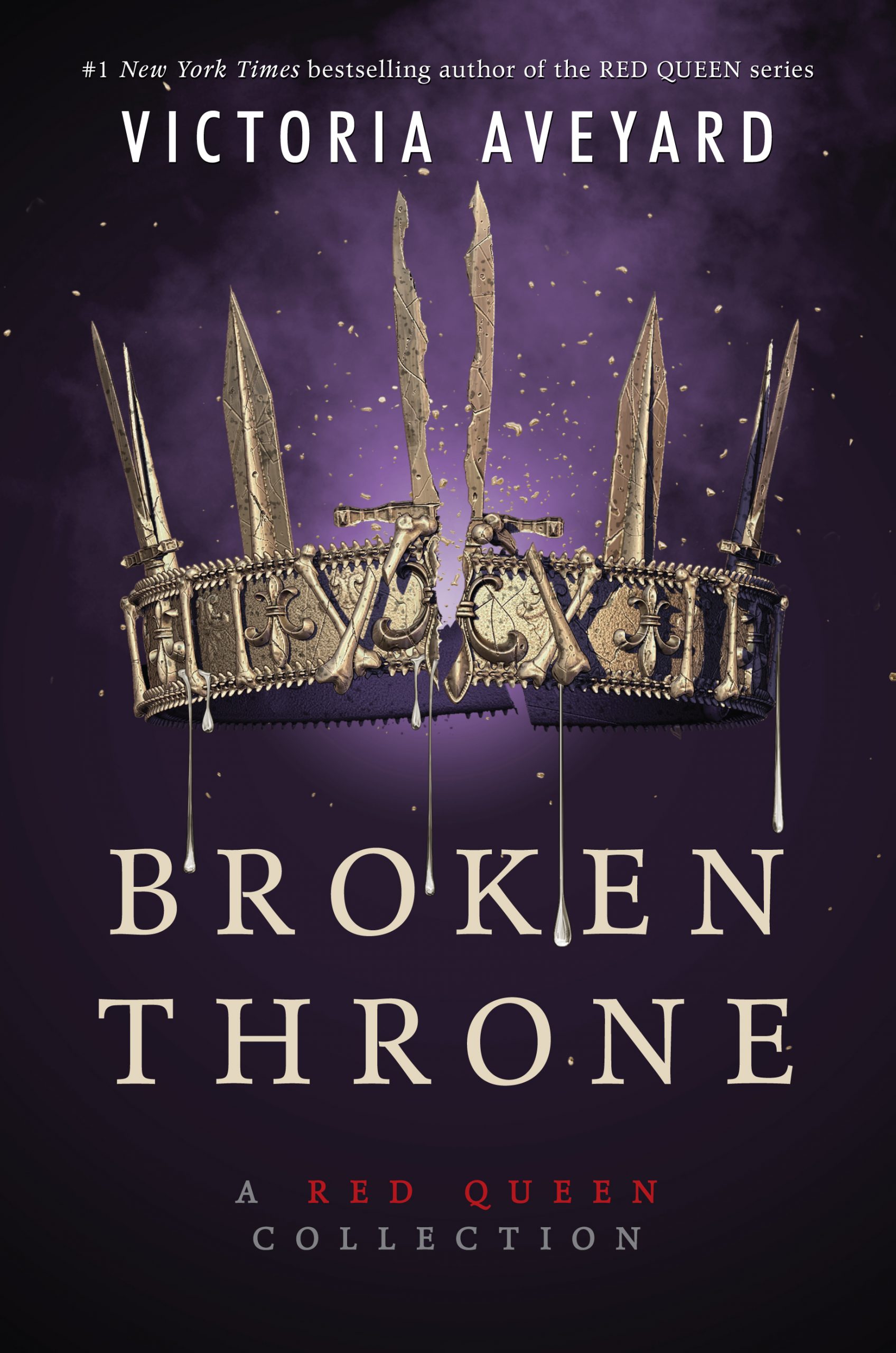 REVIEW: ‘Broken Throne’ by Victoria Aveyard is the true ending to the Red Queen series

There’s no doubt that this one is for the fans.

For those who stuck with Mare Barrow to the end: Broken Throne is the book you’ve been waiting for.

Return once more to the deadly and dazzling world of Red Queen in Broken Throne, a beautifully designed, must-have companion to the chart-topping series from #1 New York Times bestselling author Victoria Aveyard.

Fans will be delighted to catch up with beloved characters after the drama of War Storm and be excited to hear from brand-new voices as well. This stunning collection is not to be missed!

As suggested by the blurb and even the book’s subtitle (“A Red Queen Collection”), this book is different from the others in Victoria Aveyard’s blockbuster series. This isn’t a novel, rather it’s a collection of short stories, old and new. Hardcore members of the Scarlet Guard have probably already read the first half of this book which is composed of novellas Queen Song and Steel Scars, both originally released in 2015. The former tells the story of Cal’s parents. The latter further explores the character of Diana Farley. And while each is interesting in its own right, let’s be honest: these two novellas are not why readers are picking up Broken Throne.

What readers are here for are the final stories in the collection: World Behind, Iron Heart, Fire Light and Fare Well.

First thing’s first: this is the true ending to the Red Queen series. I’m not sure what that says about War Storm and its ability to stand on its own, but many of the story’s major plot points and questions were left open for much more at the end of the fourth book. Some of those loose threads were welcomed — particularly those concerning the ongoing war (since when has offing a single man somehow stopped an entire war conflict in its tracks?). But the romantic subplots at the heart of the series, which were prominent, were never properly resolved. Broken Throne fixes that.

That said, those core details that fans are looking for are buried deep beneath heavy political conversation. Military strategies. Foreign politics. Political systems dismantled. And some flirting across the table for good measure.

It’s a strange mixture and I’m not sure it works well. But at the same time, it highlights why Aveyard probably wrote the book in the first place: this is for the fans. It’s for those who enjoyed the political intrigue of Aveyard’s writing and for those who absolutely must know what becomes of Mare and Cal, Evangeline and Elane. I can only imagine how fun it was for Aveyard to explore these aspects of her world and characters.

But there are some things that work well.

I loved Aveyard’s exploration of guilt, trauma and grief. Those things weigh heavy over the heads of her characters and it’s neat to see an author who understands that not every ending is one where people ride happily into the sunset. While those aspects of her stories are prominent, I would have liked to see even more of that and less of the political talk.

Overall, Broken Throne is for the fans and it’s sure to please them. The politics muddle the stories’ plots, but the characters get their proper endings and the themes of grief shine through.

How would you review Broken Throne?

+ Plot: Many of the plots in this collection are dragged down by the world’s political conflicts.

+ Characters: Because many of the stories read more like epilogues than anything else, character arcs aren’t very significant. That said, many of the characters are still learning to adapt and grow in the world left behind after War Storm, which is a definite plus.

+ Writing: The writing is uneven in tone. It’s a romance? It’s a military drama? They don’t seem to mesh very well.

+ Theme/Message: This is certainly the strongpoint. Aveyard does a great job of exploring grief in its many forms.