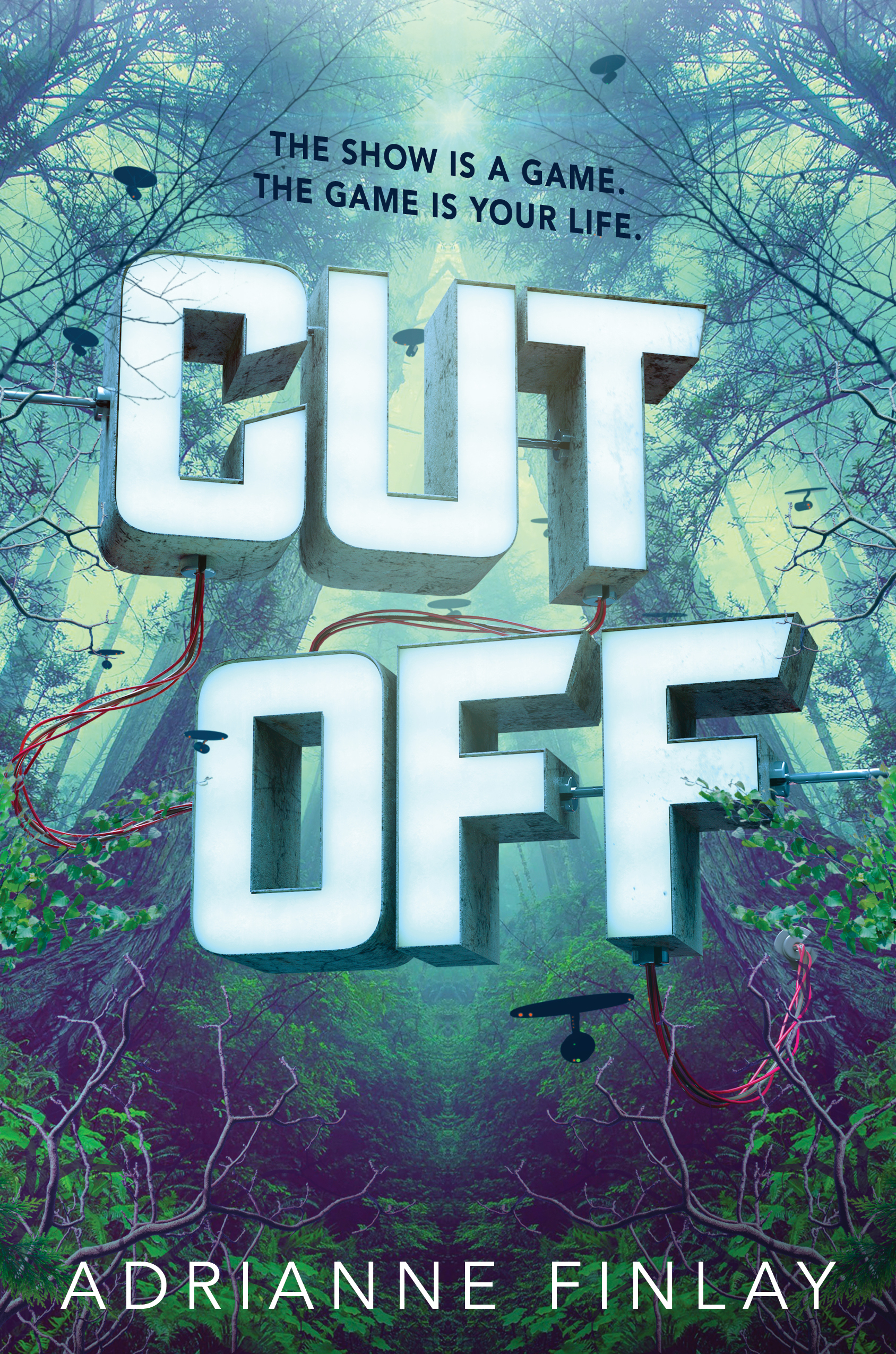 REVIEW: ‘Cut Off’ by Adrianne Finlay is as fun as it is flawed

‘Cut Off’ has all the makings of a guilty-pleasure read, but its latter half fails to keep the momentum rolling.

This YA mashup of ‘Inception’ and ‘Survivor’ will easily hook any sci-fi reader with its irresistible premise and promising start, but some of the magic is lost along the way.

Each contestant has their own reasons — and their own secrets — for joining the new virtual reality show CUT/OFF that places a group of teenagers alone in the wilderness. It’s a simple premise: whoever lasts the longest without “tapping out” wins a cash prize. Not only that, new software creates a totally unprecedented television experience, allowing viewers to touch, see, and live everything along with the contestants. But what happens when “tapping out” doesn’t work and no one comes to save you? What happens when the whole world seemingly disappears while you’re stranded in the wild? Four teenagers must confront their greatest fears, their deepest secrets, and one another when they discover they are truly cut off from reality.

When it comes to YA literature, there’s nothing the genre loves more than throwing a bunch of teenagers into the wilderness to fight for survival. While Cut Off isn’t anywhere near as gruesome as some if it’s sci-fi counterparts, it certainly offers the same level of thrill.

The novel doesn’t beat around the bush, and plunges straight into the journey of its four protagonists within the very first chapter. After battling against the forces of nature for weeks on end, they’re all headed for the same goal: survive the longest. It isn’t long before things take a dire turn, and the four realize no one is coming to help them.

Without a doubt, this was my favorite portion of the book. Finlay did a great job in showing how real teenagers might react to such a situation, and truly encapsulated the terror that comes with being stranded in the wild. As such, the first half of the book sees its characters struggle against nature, investigate their mysterious circumstances and navigate through personal conflicts.

It’s nearly impossible to mention any details regarding what follows without spoiling the twist, so all I’ll say is this: as an avid reader of all things sci-fi, even I didn’t expect it. However, I don’t think it’ll land well for every reader — either you’ll be turned off by the dramatic shift in direction, or can’t wait to keep reading. Luckily, I was on the latter side, but it wasn’t enough to save what followed.

From then on, I think Cut Off suffered by falling ill to the cliches of the genre. Again, without giving away too much, the tone that’d hooked me at the start was suddenly replaced by something I didn’t sign up for. In particular, by a somewhat dull romance that ended up taking center stage. While the protagonists continued to face increasingly deadly threats, their obstacles became nothing more than methods to get them from Point A to Point B, and as such, lost their thrill in the process.

Additionally, the last third of the book goes almost entirely off the rails, which I think will either confuse or delight readers. This time around, I wasn’t one of the latter. Suddenly, all the excitement and danger that hooked me at the start turned into more of a backdrop as the pace slowed, and cliched drama was given more attention.

Luckily, the characters of Cut Off proved to be interesting enough to carry me through the final pages. While they’re nothing I haven’t seen before, their dialogue and interactions within the story were as realistic as they were entertaining, and I can tell Finlay’s gift truly flourishes when it comes to character relationships. It’s also worth mentioning that her prose was expertly crafted, as I easily flew through the tight, non-stop narrative. If anything, I wish the overall story had been more worthy of such talented writing.

When it comes to providing readers with a timely theme, Cut Off has a lot to say. While I’m all for exposing society’s cruel nature, I think the novel may have tried tackling too many things at once: it’s a commentary on television, invasion of privacy, military secrecy and more. As such, barely any of them resonated; you can only focus on so many things within a 400-page book. However, one of the main struggles the protagonists face is not allowing their fears to control them. It’s not exactly the most unique message ever, but it was nice to finally have some consistency, as well as a way to see them grow as characters.

Overall, Cut Off settles somewhere along the lines of a guilty-pleasure read, but it might still leave some readers unsatisfied. While it has moments of incredible thrill, most of them are fleeting, and not everyone will find them worth the time it takes to get to the last page.

Cut Off isn’t a deep book–nor should it be–and it provides enough entertainment value to keep from being completely tedious. Still, readers who crave something more engaging should opt for another title on their TBR list.