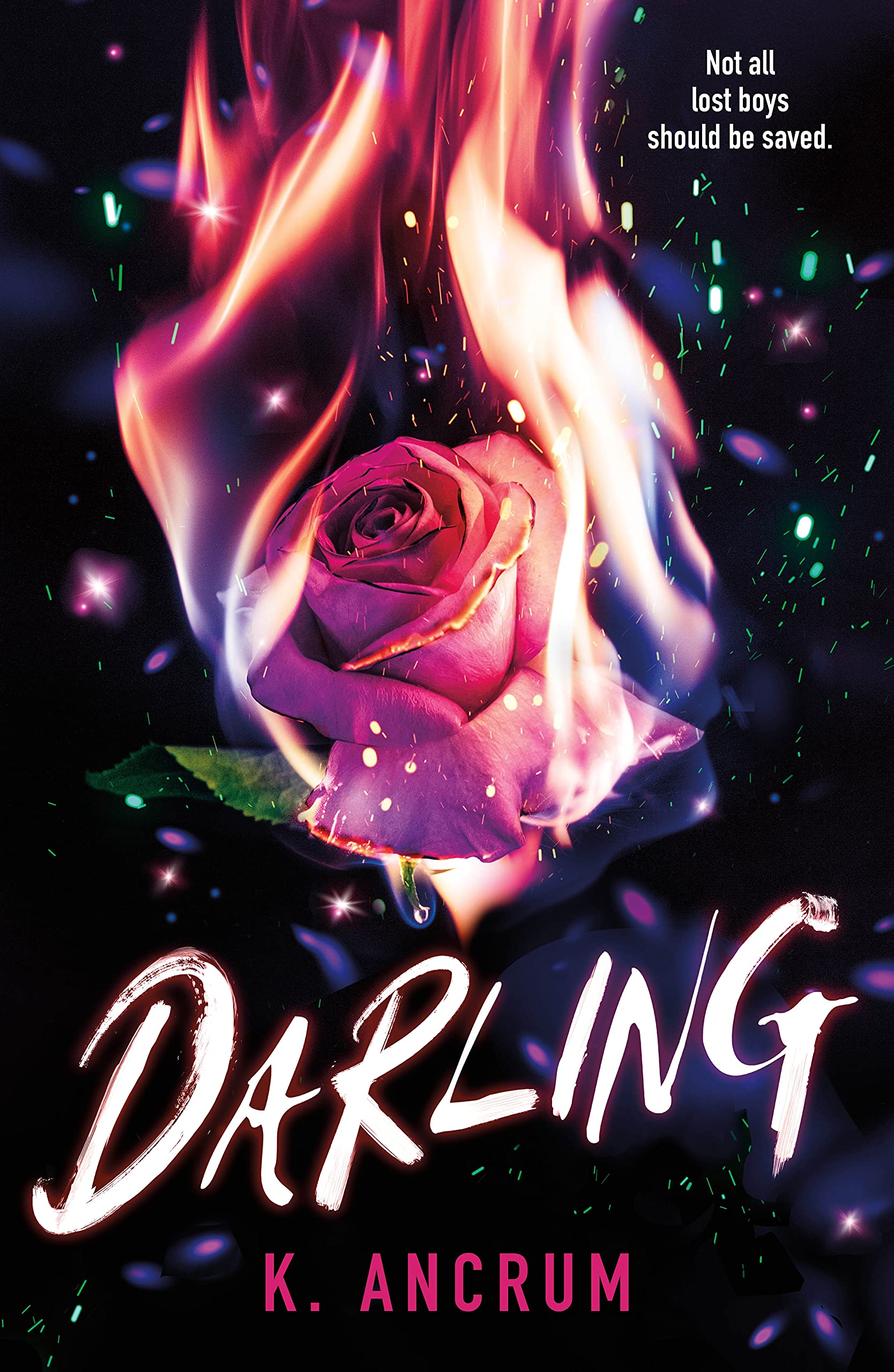 REVIEW: ‘Darling’ by K. Ancrum is a riveting fantasy retelling

Well-crafted and timely, Darling provides a breath of fresh air to YA retellings.

On Wendy Darling’s first night in Chicago, a boy called Peter appears at her window. He’s dizzying, captivating, beautiful — so she agrees to join him for a night on the town.

Wendy thinks they’re heading to a party, but instead they’re soon running in the city’s underground. She makes friends — a punk girl named Tinkerbelle and the lost boys Peter watches over. And she makes enemies — the terrifying Detective Hook, and maybe Peter himself, as his sinister secrets start coming to light. Can Wendy find the courage to survive this night — and make sure everyone else does, too?

Acclaimed author K. Ancrum has re-envisioned Peter Pan with a central twist that will send all your previous memories of J. M. Barrie’s classic permanently off to Neverland.

It’s not always easy to be an adult — nor a kid. Fortunately, we can always revisit some of those special childhood memories that remind of us of youth: Stories are a big one. K. Ancrum’s latest novel takes one of those fond tales we all know of, Peter Pan, and successfully reimagines it through a modern lens of timely themes, thrills and a delightfully diverse cast of revamped characters.

The entire novel takes place over one night, with its protagonist, Wendy Darling, being lured away into the Chicago night by an impish and charming Peter. She’s promised parties, fun, and everything else a sheltered girl would find exhilarating — especially in such a bustling metropolis.

After that, it’s not long until things go wrong.

Don’t be fooled: This is not the innocent, Disney version of Peter Pan that you know. Ancrum spins a tale filled with tense, dark atmospheres and expert prose that never loses its grip from the first page to the last. And, even with a cast that only grows with each passing chapter, Darling‘s characters are all vivid and interesting — not to mention incredibly diverse. Various characters are people of color, many of them also queer, making this one of the most inclusive retellings in recent memory.

Every event that pushes the story forward isn’t without meaning; they all empower a few thought-provoking messages presented throughout the novel. Ancrum explores the vulnerability of youth — particularly those who are BIPOC and/or queer — when they feel outcasted from the rest of the world. After all, it’s much easier to fall into danger disguised as kindness when you feel as if you belong nowhere else.

As such, this makes Darling a bit of an uncomfortable read. One that truly forces the reader to come to terms with the underrepresented realities and experiences so many of us ignore, and will likely never experience in our lives.

Still, it’s a discomfort that must be felt. Pair that with the vivid world Ancrum has reimagined, and you have a compelling read that presents nearly everything you could want in a retelling. From its representation to its captivating plot, Darling is one of those novels that’ll keep you thinking long past the final chapter.