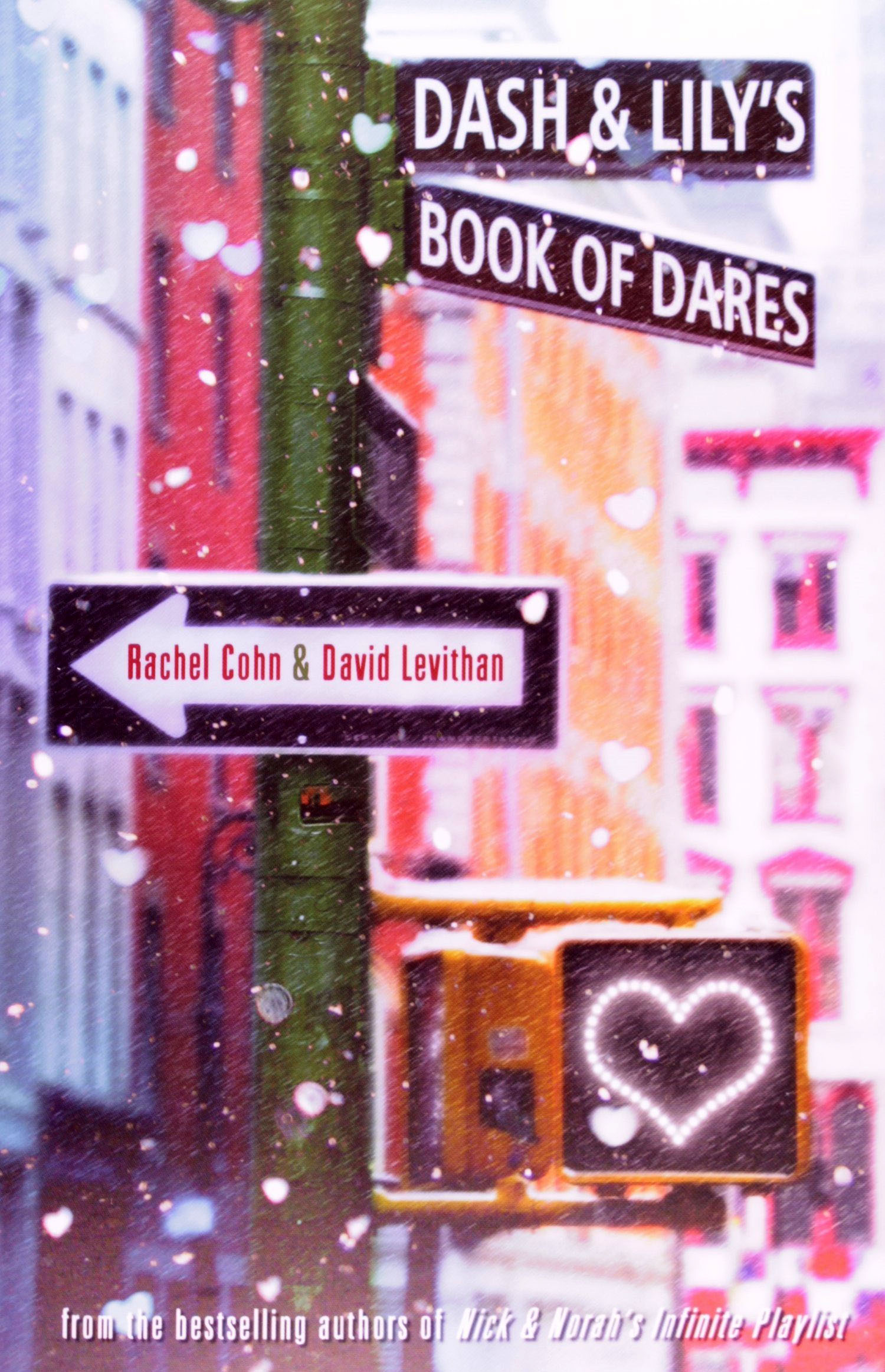 REVIEW: ‘Dash and Lily’ duology by Rachel Cohn and David Levithan is a heart-warming festive favourite

Throw yourself into the Christmas spirit with these two co-authored novels set at the most festive time of year.

These books may have been around a few years but they never fail to get me into a Christmassy mood.

Dash and Lily’s Book of Dares:

16-year-old Lily has left a red notebook full of challenges on her favorite bookstore shelf, waiting for just the right guy to come along and accept its dares. Dash, in a bad mood during the holidays, happens to be the first guy to pick up the notebook and rise to its challenges.

What follows is a whirlwind romance as Dash and Lily trade dares, dreams, and desires in the notebook they pass back and forth at locations all across New York City. But can their in-person selves possibly connect as well as their notebook versions, or will their scavenger hunt end in a comic mismatch of disastrous proportions?

I first read Dash and Lily’s Book of Dares a good number of years ago, when I was perhaps a year younger than our main characters. I have since surpassed them and yet I still love reading their story. It is endearing and wild and completely impossible — yet its real-world setting makes you believe in miracles at Christmas.

Every year I read the book I get something new from it. As my perspective on life changes, so do the messages I get from the novel.

Cohn and Levithan make an excellent writing pair. Rachel Cohn, in writing Lily, has created a witty young girl who is trying to figure herself out under the shadow of her larger-than-life brother and overbearing yet loving grandfather. Dash, written by David Levithan, is snarky and snarly and maybe a little arrogant, yet he is soft-hearted and just the person Lily needs to experience a new side of life.

I love the novel in its entirety, from its premise to its execution. I devour it year on year and was devastated when I first finished it and the story came to an end.

However, Cohn and Levithan weren’t done yet. They soon wrote The Twelve Days of Dash and Lily which returns to our lovable characters a year later. Dash seems the same, and yet Lily has become very un-Lily-like.

The Twelve Days of Dash and Lily:

Dash and Lily have had a tough year since readers first watched the couple fall in love. Lily’s beloved grandfather suffered a heart attack, and his difficult road to recovery has taken a major toll on her typically sunny disposition.

With only twelve days left until Christmas—Lily’s favorite time of the year—Dash, Lily’s brother Langston, and their closest friends take Manhattan by storm to help Lily recapture the holiday magic of New York City in December.

‘The Twelve Days of Dash and Lily’ by Rachel Cohn and David Levithan. (Electric Monkey).

In this follow-up, Dash is determined to get Lily back to her old self, and his parts of the story follow his efforts. Lily, on the other hand, has a lot on her plate as she deals with her frail grandfather and just can’t seem to get in the Christmas spirit like she used to.

I adored the character development in this sequel. It was good to see characters I thought I knew so well facing new challenges. Their change of character felt realistic and natural, and was something I thought the authors did very well.

Books often end on a happily-ever-after high, which life rarely does. The Twelve Days of Dash and Lily takes a peek at real life behind the happy ending, and does so beautifully.

I highly recommend you pick up this duology in time for Christmas! Not only will it get you into the Christmas spirit, it will give you some pretty incredible lines to remember, too.

Although these novels are likely more suited to the younger side of YA, that doesn’t stop them from being a lovely read for Christmas.