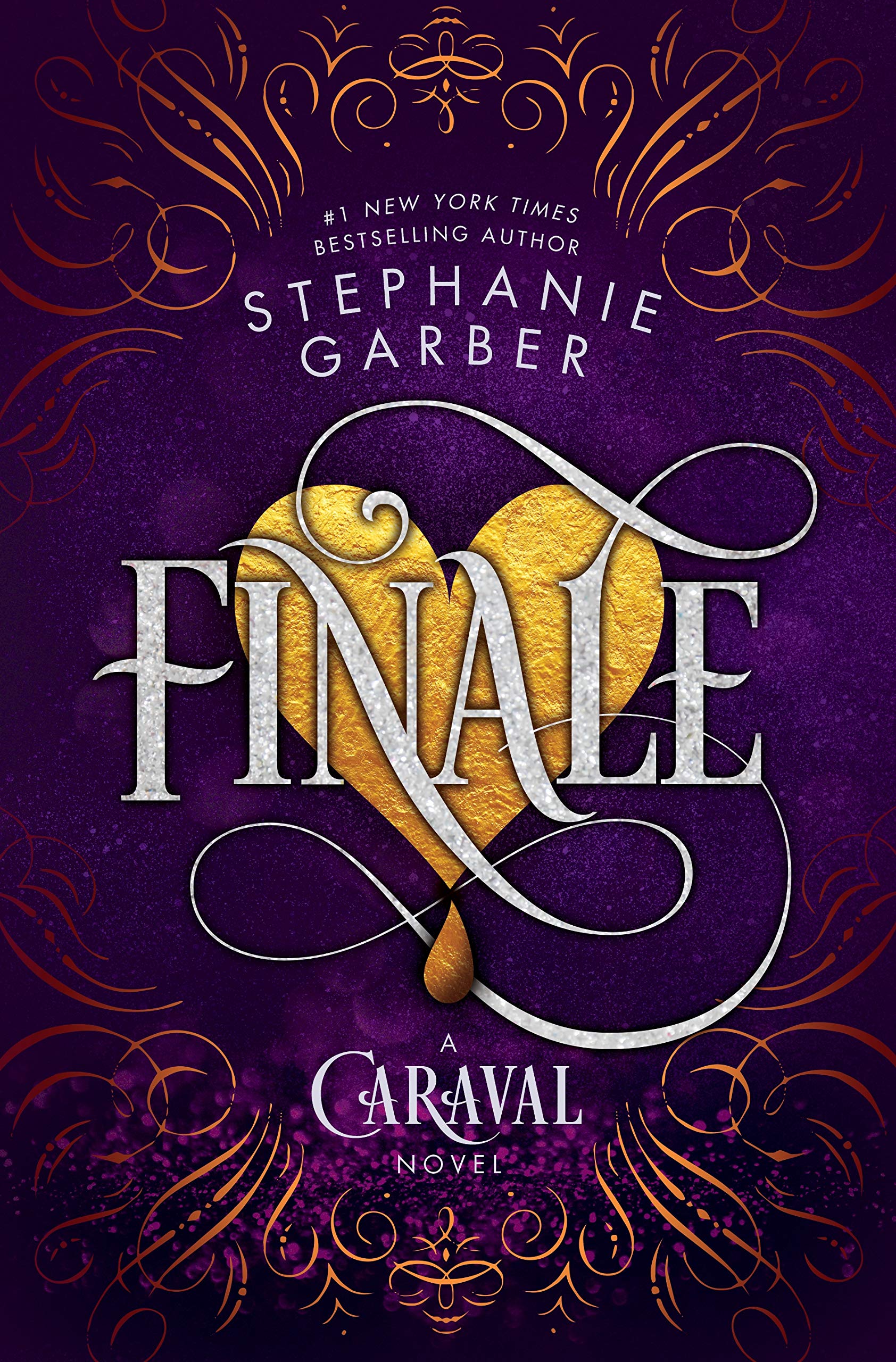 REVIEW: ‘Finale’ by Stephanie Garber is a fitting ending to a beloved series

‘Finale’ by Stephanie Garber delivers a passionate ending to the Caraval series.

Finale by Stephanie Garber had some big shoes to fill and does so masterfully. Between the gripping romance and the fast-paced plot, this final book is almost impossible to put down.

Welcome, welcome to Caraval…all games must come to an end.

Meanwhile, Scarlett has started a game of her own. She’s challenged Julian and her former fiancé, Count Nicolas d’Arcy, to a competition where the winner will receive her hand in marriage. Finally, Scarlett feels as if she is in complete control over her life and future. She is unaware that her mother’s past has put her in the greatest danger of all.

Caraval is over, but perhaps the greatest game of all has begun―with lives, empires, and hearts all at stake. There are no spectators this time: only those who will win…and those who will lose everything.

Like Caraval and Legendary before it, Finale delivers a breathtaking story. The book opens with a series of dreams between Legend and Donatella until one day he stops visiting — which kick-starts the plot. Between finally meeting Nicolas, the girls’ mother waking up, meeting one particular witch and Legend’s coronation, the first chapters are particularly heavy in both information and events. However, they set the pace for the rest of the book, which is fast, dynamic and utterly gripping. On top of this, I could never tell where the plot and subplots were going. Finale surprised me at every turn without relying on shock value, which only made the story that much more intriguing.

While Finale by Stephanie Garber is less character-driven than the previous two books, the main characters continue to grow. There is a much greater focus on Legend and how the events of the book impact him, which is shown through Tella’s perspective. Easily my favourite character, Tella is vibrant, unrelenting when it comes to getting what she wants, and completely captivating. Her thirst for life is her driving force which creates a unique dynamic with her sister, as well as the rest of the main characters.

Scarlett’s relationship with Tella has always been at the centre of the Caraval series, but their bond has matured and deepened. Rather than one of the two going off on her own to protect the other, they talk about strategies and come up with a plan together, which puts this depiction of a sister relationship firmly in my top ten favourites within the YA genre.

However, my favourite aspect of the book is the writing. It’s flowery, heavy on the metaphors, beautiful, but it’s everything the book needs. Stephanie Garber’s writing is very well suited for the story she’s written, as it not only brings the world alive but it adds a certain magical element to it that makes the reading experience that much better. I could go on about it but it would really only boil down to one word: spectacular.

Overall, Garber delivers a gripping book and a satisfying conclusion to the beloved series. Between the compelling story, the twists, and the passion that drives these characters, Finale was a sheer pleasure to read.