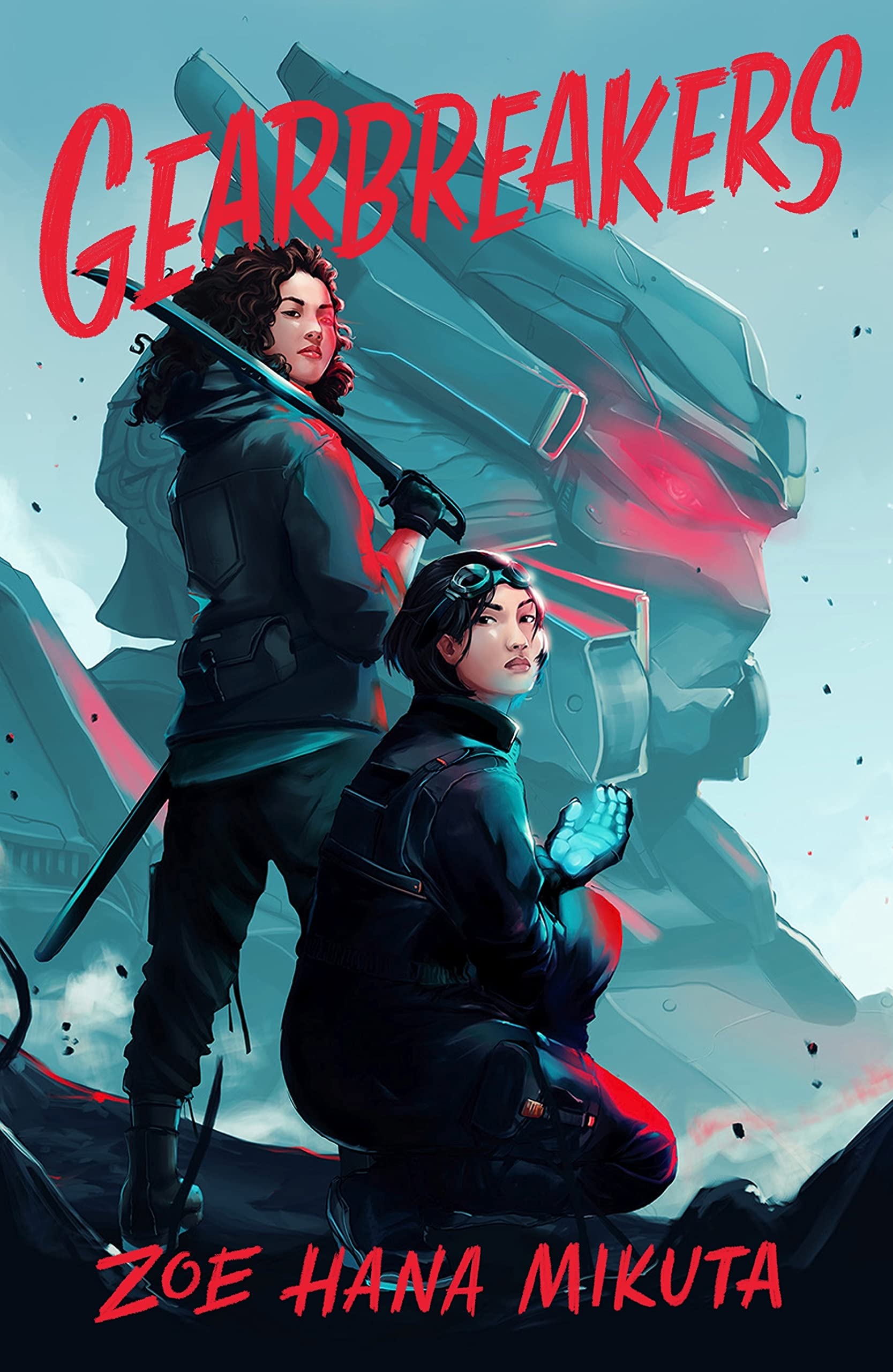 REVIEW: ‘Gearbreakers’ by Zoe Hana Mikuta has potential but didn’t quite deliver

This highly anticipated debut is an awesome sapphic book with characters readers are sure to root for!

I may have had too high an expectation for Gearbreakers, to the point where I’m left feeling disappointed after reading. Despite this, there are a lot of things that I enjoyed in this book, especially the found family.

We went past praying to deities and started to build them instead...

The shadow of Godolia’s tyrannical rule is spreading, aided by their giant mechanized weapons known as Windups. War and oppression are everyday constants for the people of the Badlands, who live under the thumb of their cruel Godolia overlords.

Eris Shindanai is a Gearbreaker, a brash young rebel who specializes in taking down Windups from the inside. When one of her missions goes awry and she finds herself in a Godolia prison, Eris meets Sona Steelcrest, a cybernetically enhanced Windup pilot. At first Eris sees Sona as her mortal enemy, but Sona has a secret: She has intentionally infiltrated the Windup program to destroy Godolia from within.

As the clock ticks down to their deadliest mission yet, a direct attack to end Godolia’s reign once and for all, Eris and Sona grow closer — as comrades, friends, and perhaps something more…

Gearbreakers is told through a dual POV and the main characters are two young girls named Eris and Sona.

Eris is a Gearbreaker and one of the youngest captains. She leads their crews on missions to take down Godolia’s mechas. She’s intelligent, tough, and incredibly brave. One would describe her crew as the rejects, but she fights to give them a family with a place to call home. Eris fights with her heart on her sleeve and I admired her character so much.

Sona is a newly enhanced Windup Pilot and a product of Godolia. The government has taken her apart and replaced her with parts that no longer make her physically human. She’s fierce, strong, and underneath her hard exterior, she’s a kindhearted person who just wants to be seen.

These two characters may seem like they are polar opposites, and in some ways they are. Despite being a weapon for Godolia, Sona shares the same goal as Eris, though. They both want nothing more than to see Godolia torn to shreds. This is how the two eventually end up on the same team instead of fighting one another after their paths cross.

I really enjoyed both Eris and Sona. In fact, I loved all of the characters in Gearbreakers. There were a lot of them to keep track of, especially in the beginning when names were just being thrown around. Once the story hit the middle mark their individual personalities began to stand out on their own, though. I was able to enjoy them all more and they were the saving grace of this book.

The plot held a lot of promises, especially after reading the blurb, but overall it was very confusing. I had a hard time following along because of the writing. The pacing was off and I was left with more questions than anything else. Zoe Hana Mikuta had a great vision for this story and the writing held promise. There were vivid descriptions and well-thought-out plans, but unfortunately at times it felt like there was too much telling rather than showing. Usually, I find it hard to connect with books with this writing style and that may be why I didn’t enjoy my reading experience as much as others.

When Eris and Sona begin working together the plot feels a lot smoother. The world is more fleshed out at this point and it was easier to follow along with. There were still moments where I was left confused, though. It just made me want more from this book than what I got.

Overall, Gearbreakers fell short for me. There are a lot of fun aspects to this story, especially for readers who love sci-fi and mecha stories. The characters are fantastic and the splash of romance we see from two Asian female characters is lovable when it’s so rare to see in YA. But the plot is extremely confusing at times and probably needed to give readers fewer descriptions.

If you’re a fan of sci-fi then I would still recommend checking out Gearbreakers to give it a try! This may just be a case of this book wasn’t for me but others will love it.