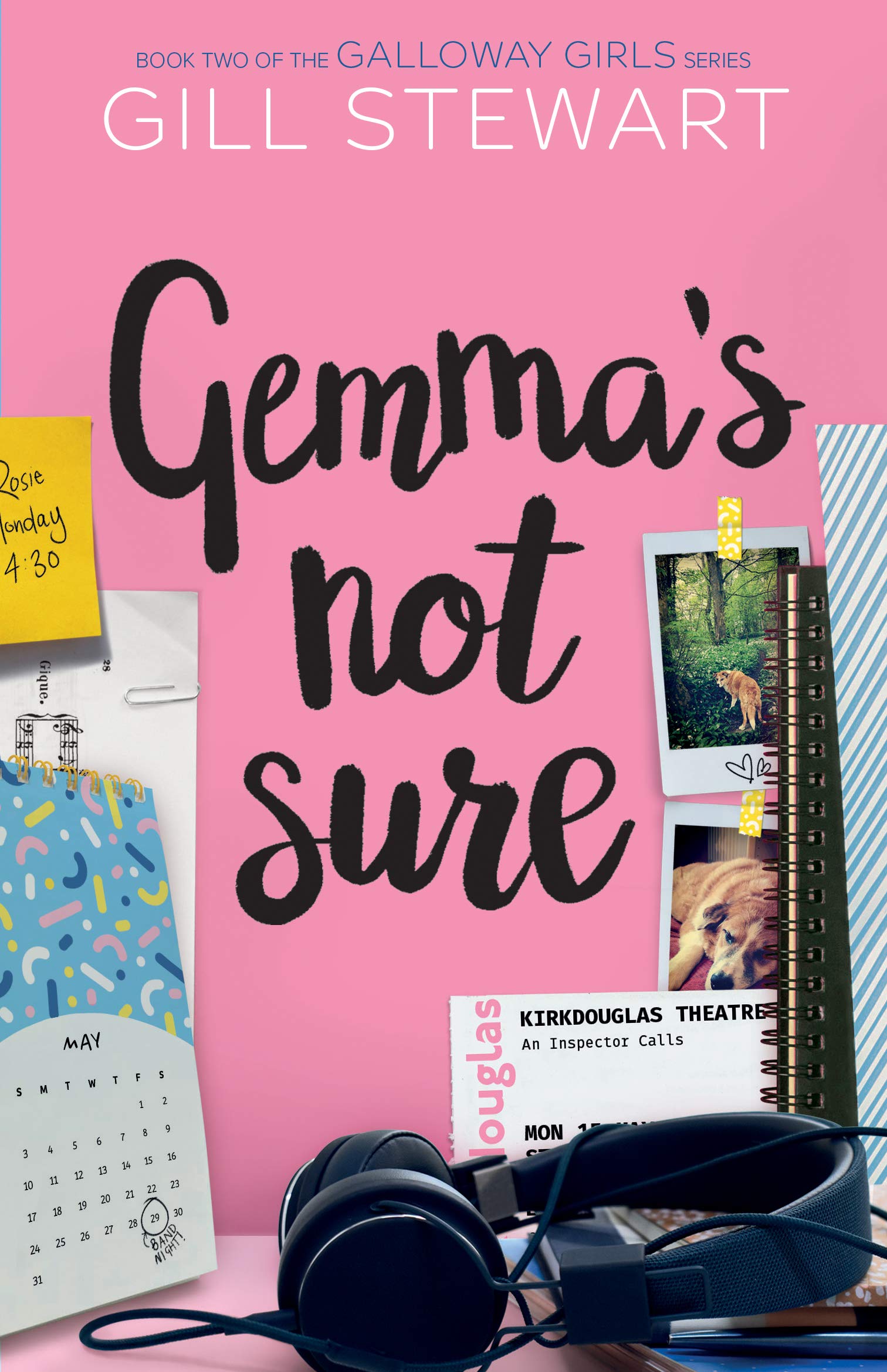 REVIEW: ‘Gemma’s Not Sure’ addresses issues all teens need to hear

This book made me angry because I wish it had existed when I was 17, but I am grateful it exists for teenagers today.

Gemma’s not sure if she’s brave enough to go to her audition, or if she even wants to study music at all. She’s definitely not sure forming a band with Lily’s hot ex-boyfriend is a good idea.

Jamie’s university life isn’t like he thought it would be, and he doesn’t know what to do about it. One thing he does know is that he wants a reason to bump into Gemma Anderson again.

Gemma’s Not Sure is the second in the Galloway Girls series, following on from Lily’s Just Fine. Similarly to the first novel, the story is told from two perspectives: Gemma’s and Jamie’s.

I really liked that Gill Stewart chose to tell the story from two points of view. It gives the book just a little more depth, allowing the author to cover the topic of university from a more rounded perspective.

However, like the first novel, some of the characters had quite extreme personalities. I highlighted Gemma for this in my previous review, and unfortunately it was much the same in this book. Gemma is a worrier and likely has anxiety, although it is not explicitly stated. I see what Stewart was trying to achieve with her character, but at times it made me less sympathetic and more frustrated. That being said, the strength of her personality is useful in the messages the author is trying to get across.

The main theme of this book is university. Jamie is already at university, but not enjoying it, and Gemma is deciding whether she wants to go. There are very real scenes and emotions coming through about this topic, and it is one I found myself relating to. University isn’t necessarily right for everyone — Gill Stewart does an excellent job of conveying this.

This novel could be read and enjoyed by anyone, despite being written for a teen audience. There are lessons for people of all ages to learn and yes, that means parents! Gemma’s Not Sure will be great at helping today’s teens to navigate the waters of deciding their future. And it will give parents something to chew on when guiding their children.

Gemma’s Not Sure is a lovely contemporary read. It is predictable, but in a comforting way. It’s perfect for summer and will give you something to think about, whilst fulfilling the desire for a little romance and a little friendship.

Some of the writing felt a little off for me as in places it was a little too obvious an adult is trying to write from a teenager’s perspective. Despite these moments, Gill Stewart does a great job of talking about important themes whilst delivering an easy contemporary tale.