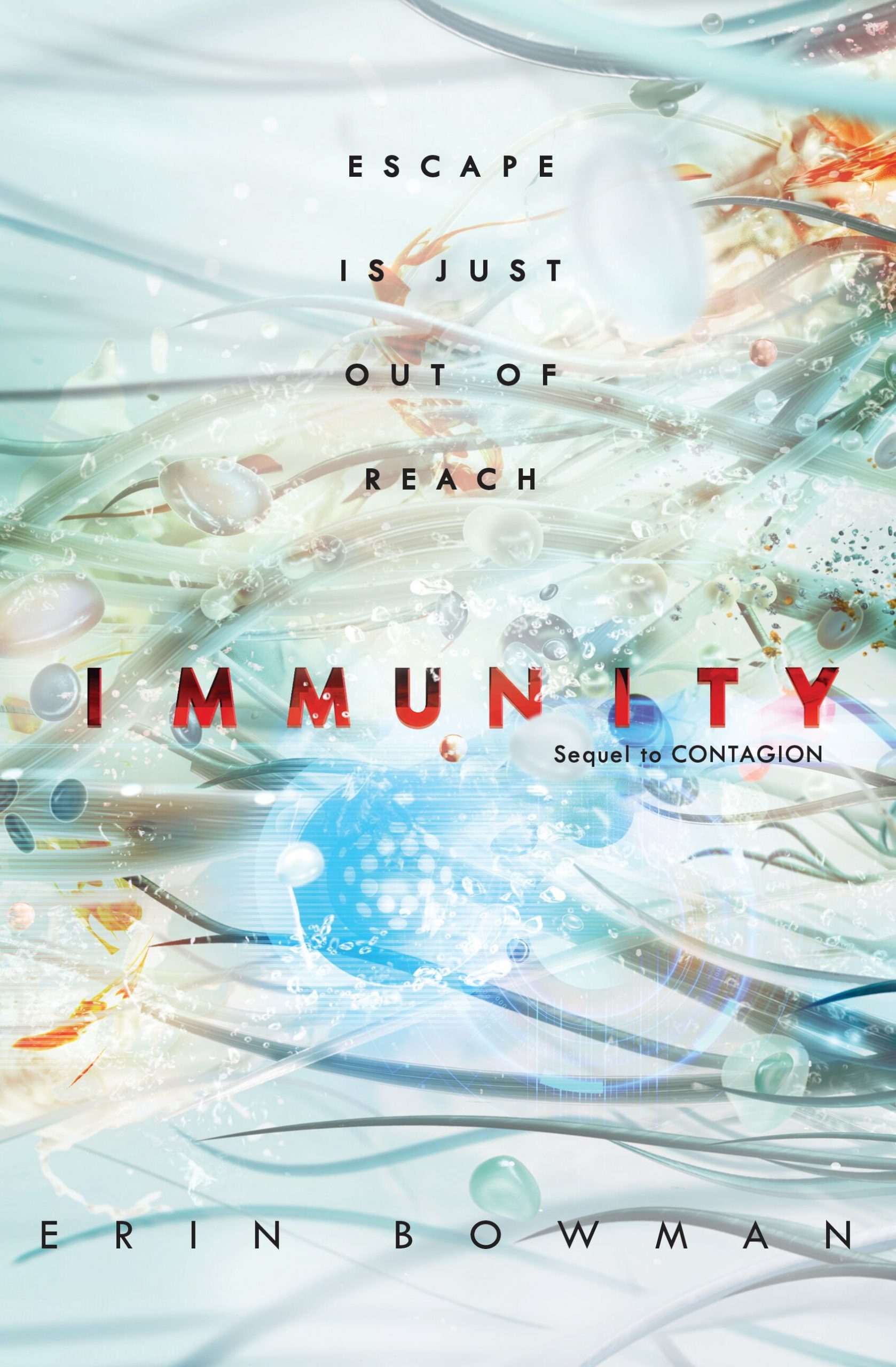 REVIEW: ‘Immunity’ by Erin Bowman is a thrilling sequel worthy of its predecessor

Erin Bowman brings her Contagion duology to a close with non-stop action and heart-racing twists.

With Immunity, Erin Bowman brings her Contagion duology to a close the same way she opened it—with non-stop action and heart-racing twists.

They thought their nightmare was over, but Thea, Coen, and Nova’s rescue was only the beginning. After being imprisoned on a ship they thought was their ticket to safety, it’s clear that the threat they left behind isn’t as distant as they’d hoped—and this time the entire galaxy is at risk.

Now that threat is about to be unleashed as an act of political warfare. To prevent an interstellar catastrophe, the survivors must harness the evil they faced on the planet Achlys and learn to wield the only weapon they have left: themselves.

Following the events on Achlys, things aren’t looking well for the few surviving members of Contagion. Thea, with the help of Coen, discovers how to cultivate her new supernatural talents. Nova is stuck within her own mind dealing with everything that has happened. Set against a major political backdrop, the stakes are taken to new heights in Immunity.

Now seven books into her published career, it’s safe to say that there’s one thing almost certain when opening a new Erin Bowman book; the writing is in very safe hands.

Immunity doesn’t waste any time diving deep into the action, with its opening section (similar to Contagion the book doesn’t feature traditional chapters) continuing directly from the cliffhanger ending of the previous book: with Thea and Coen attempting an escape from where they have been recently imprisoned. Like Contagion, the plot quickly branches off to follow several characters’ viewpoints, each engaging and equally important to the story. Thea, Coen, Nova, and Amber’s sections all feel weighted perfectly, each written with care and attention. Nothing in Immunity feels like filler, which is something I find can happen easily when a book is juggling so many pieces.

In a similar vein, the characters are in safe hands, too. Like in previous books, such as Retribution Rails, the characters each bring their own uniquely gripping aspect to the story. We’ve come to know and understand Thea and Nova in Contagion, and while they are both still a vital part of the story, I found myself drawn to think deeper about the newer viewpoints. Coen, who we know somewhat from the first instalment, takes on a much more prominent role. Amber, a completely new character, adds an interesting lens to view the overall story due to her immediate ties to the villainous characters, and eventual ties to the protagonists.

A highlight of Contagion for me was the setting. There was something deeply unsettling and genuinely frightening about the isolated Achlys. While that same kind of terror isn’t entirely present in Immunity, it’s replaced with its own kind of intrigue. Things have become more traditionally sci-fi, and despite keeping some of the tense nature of the first book, it’s refreshing to see more of the galaxy from a different perspective.

On that note, one minor issue I found came towards the final third, when it seemed to me like a lot of new information was revealed to the reader. While the over-arching political intrigue driving the majority of this instalment was generally exciting, the new factors being added so near the end of the two-book series felt slightly rushed. However, adding new factors did give the galaxy a more lived-in feel: the over-arching conflict didn’t fit conveniently around our main characters but was something they had to adjust to.

As a final note, I want to comment on something I noticed while reading Immunity. It continues to impress me that every Erin Bowman book is different, even within duologies. While Vengeance Road and Retribution Rails were both westerns, they felt like their own unique flavour of western, and the same is found in the sci-fi of the Contagion duology.

In Immunity, the tense nail-biting terror of Contagion is perfectly balanced by an action-packed adventure through the galaxy. The characters continue to develop and adapt to the more prominent political intrigue running through the background, and there’s still room for more stories in this galaxy. But for now, we’ll just have to savour this duology.