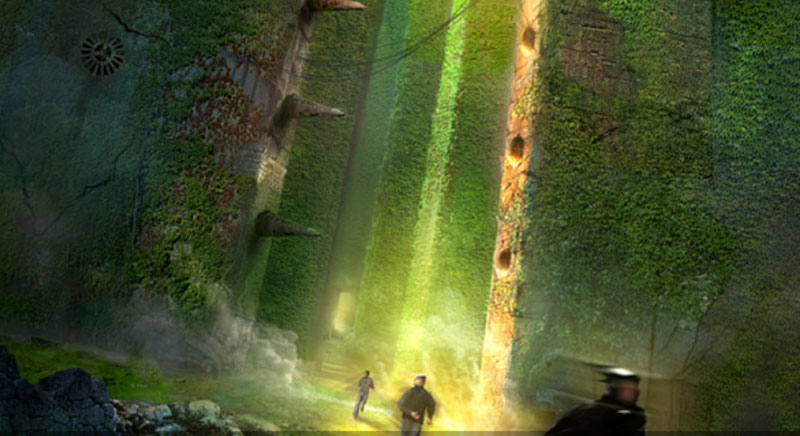 Since reading the Hunger Games Trilogy by Suzanne Collins, The Road by Cormac McCarthy and Nineteen-Eighty-Four by George Orwell, I’ve been craving dystopian novels.  One of the recent books I picked up was The Maze Runner by James Dashner. I had heard of Dashner before from his The 13th Reality series (I have yet to […]

Since reading the Hunger Games Trilogy by Suzanne Collins, The Road by Cormac McCarthy and Nineteen-Eighty-Four by George Orwell, I’ve been craving dystopian novels.  One of the recent books I picked up was The Maze Runner by James Dashner.

The Maze Runner begins with the main character, Thomas, who finds himself in what is called The Glade. The Glade is inhabited by other guys his age (no girls) and is surrounded by a maze. Their lives are very systematic: some of them farm, some of them cook, some of them explore the maze–the list goes on. Questions are asked by Thomas but there are never any answers. Nobody seems to question the fact that they’re trapped in what seems to be the middle of nowhere. None of the “gladers” remember their lives before entering the Glade, but it becomes apparent very quickly that there’s something different about Thomas. Upon his arrival, everything changes.

I loved the book and immediately purchased its sequel, The Scorch Trials (which just came out a few months ago.) I was actually able to listen to the audio book of this one. It’s read by Mark Deakins who does a phenomenal job with his voice acting (I loved his accents.)

I don’t want to go too into the storyline, but I’ll give my general thought about The Scorch Trials: frustrating. In a good way. The Maze Runner poses so many questions only to have its sequel complicate them all.  By the end of the novel you are left satisfied by the adventure but frustrated by the fact that you really didn’t learn anything. None of your questions will be answered. You’ll just have more. If you’re like me, then you’ll enjoy this because there’s loads to speculate about. One of those questions revolve around which characters can be trusted–and one prominent character in particular. I love when authors do this. Snape’s loyalty in the Harry Potter series used to be one of my favorite things to discuss. That’s no exception here.

Oh–and did I mention that it’s bloody!? It is a bit violent, which I expect from the new wave of dystopian literature, but I wouldn’t say it’s incredibly over the top. It’s just kids getting sliced in half and bodies hanging from ceilings. Ok, ok, so there are some gruesome and disturbing images. I would place it at a PG-13 rating. You’ve been warned.

James Dashner’s books are great. They’ve got the right amount of suspense, action, mystery and humor to keep people entertained for a long time. I’m excited for the final book, The Death Cure, which is supposedly coming out later this year. In addition to that, The Maze Runner is being optioned as a movie. The rumor is that Catherine Hardwicke, director of Twilight, will be directing the movie. I’m not sure how I feel about that. I was not a fan of Hardwicke’s adaption of Stephenie Meyer’s material and so I’m a bit skeptical about her taking over The Maze Runner.

Either way, I recommend these books to both YA and adult readers–anyone who is looking for a fun and thrilling read.

The Maze Runner Trilogy is published by Delcorte Books for Young Readers.

– or Purchase for Kindle

| Buy The Scorch Trials on Amazon

– or Purchase for Kindle