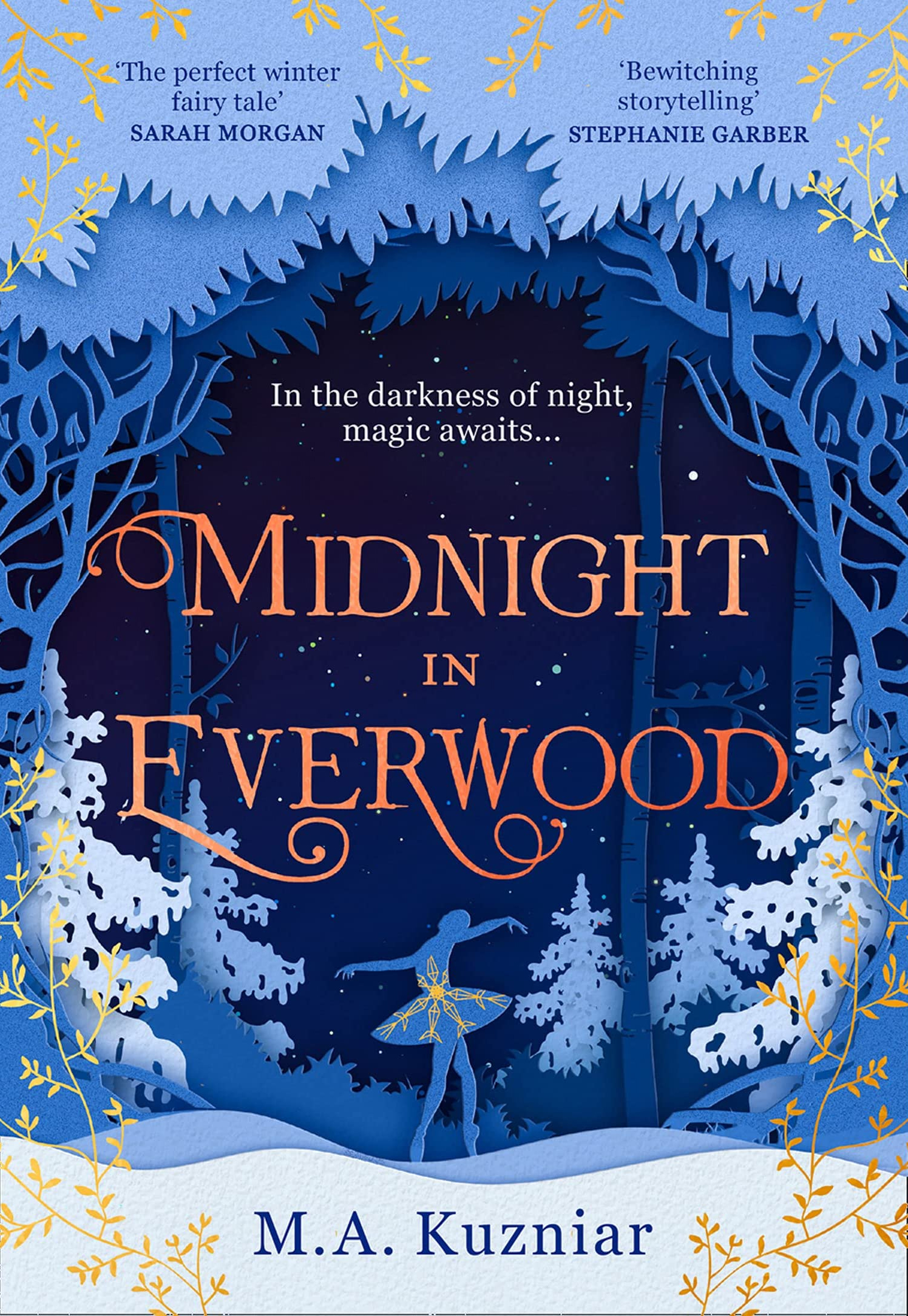 'Midnight in Everwood' by M. A. Kuzniar. (HarperCollins)

REVIEW: ‘Midnight in Everwood’ by M. A. Kuzniar is a pretty retelling

M. A. Kuzniar delivers a lovely retelling in her debut novel ‘Midnight in Everwood’.

Although I wasn’t blown away by this novel, Midnight in Everwood is definitely a lovely winter read.

Marietta Stelle longs to be a ballerina but, as Christmas draws nearer, her dancing days are numbered — she must marry and take up her place in society in the New Year. But, when a mysterious toymaker, Dr Drosselmeier, purchases a neighbouring townhouse, it heralds the arrival of magic and wonder in Marietta’s life.

After Drosselmeier constructs an elaborate theatrical set for her final ballet performance on Christmas Eve, Marietta discovers it carries a magic all of its own — a magic darker than anyone could imagine. As the clock chimes midnight, Marietta finds herself transported from her family’s ballroom to a frozen sugar palace, silent with secrets, in a forest of snow-topped fir trees. She must find a way to return home before she’s trapped in Everwood’s enchanting grip forever.

In the darkness of night, magic awaits and you will never forget what you find here…

Midnight in Everwood is a retelling of The Nutcracker. I have adored the Nutcracker ballet since I was a child and my mum took me to see it on stage. The music is, truly, something else. M. A. Kuzniar and I share this adoration, which is what led her to write this magical book.

The story follows Marietta, a young woman in Victorian Nottingham who wants nothing more than to dance ballet for the rest of her life. She is headstrong and unaware of her privilege, and the novel follows her character learning and developing to become someone much more aware of her status and luck. She suffers through some terrible encounters — particularly with Dr Drosselmeier, who is hell-bent on possessing her — and comes out the other side even more determined to be exactly who she wants to be. You cannot help but admire her for that, but I cannot say I particularly liked her.

I felt there was a lot of potential in Midnight in Everwood, but I’m not sure it was executed as well as it could have been. A lot of the plot felt rather vague until specific points of action occurred, and I would have liked to get to know the other characters a bit better. Hints were dropped in here and there but they weren’t fleshed out enough to give the novel a rounded-out feeling. In the end, I finished the book feeling disappointed: I had expected a lot more magical detail and emotion.

Similarly, the language used, whilst attempting to emulate a sense of early 20th Century England, becomes a bit stilted and sterile, particularly in conversations. It felt unrealistic rather than historical.

Nevertheless, the world Marietta finds herself in sounds delightful. From candy cane shops to a sugar palace, it has all the elements Nutcracker fans will be looking for. There are a number of beautiful descriptions, particularly of the forest, and the world itself seems to have a vast background and culture.

For anyone with specific ballet knowledge, I can imagine Midnight in Everwood becomes all the more rich as there are a number of scenes that describe Marietta’s dancing in detail. The technical language will add an extra sense of beauty to the tale for those that understand it — but for those who don’t, it might become a little alienating.

Overall I think a lot of people will really enjoy Midnight in Everwood. It offers a beautiful retelling in a fascinating world that will have many falling desperately in love with the winter season. There is romance and friendship and a headstrong young woman determined to stand up to all those that seek to control her. There is a lot to like, and a lot to love, it just didn’t quite hit the mark for me personally.

A lot of people will find a lot to love in this novel, but unfortunately there were a number of elements that ended up disappointing me.