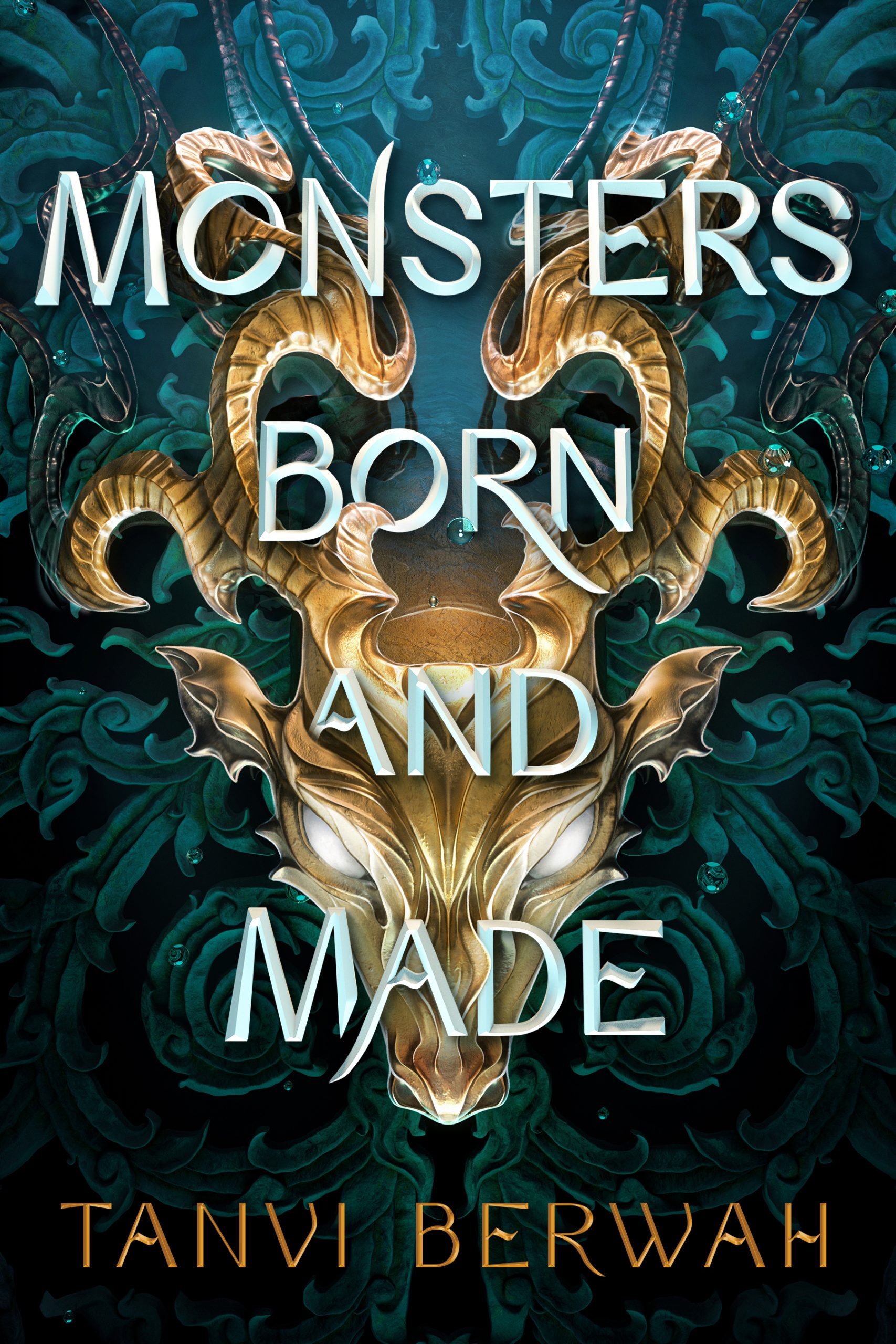 'Monsters Born and Made' by Tanvi Berwah (Sourcebooks Fire)

REVIEW: ‘Monsters Born and Made’ by Tanvi Berwah had me at the edge of my seat

When traditions are flouted, worlds can change.

Sixteen-year-old Koral and her older brother Emrik risk their lives each day to capture the monstrous maristags that live in the black seas around their island. They have to, or else their family will starve.

In an oceanic world swarming with vicious beasts, the Landers ― the ruling elite, have indentured Koral’s family to provide the maristags for the Glory Race, a deadly chariot tournament reserved for the upper class. The winning contender receives gold and glory. The others ― if they’re lucky ― survive.

When the last maristag of the year escapes and Koral has no new maristag to sell, her family’s financial situation takes a turn for the worse and they can’t afford medicine for her chronically ill little sister. Koral’s only choice is to do what no one in the world has ever dared: cheat her way into the Glory Race.

But every step of the way is unpredictable as Koral races against contenders ― including her ex-boyfriend ― who have trained for this their whole lives and who have no intention of letting a low-caste girl steal their glory. When a rebellion rises and rogues attack Koral to try and force her to drop out, she must choose ― her life or her sister’s ― before the whole island burns.

She grew up battling the monsters that live in the black seas, but it couldn’t prepare her to face the cunning cruelty of the ruling elite.

Koral Hunter was an intense character to follow in this book. Her anger is what fuels her and Berwah doesn’t shy away from that in the way her the character behaves. Her desperation at her family’s financial ruin, her hostile relationship with her father and her fear over her sick sister all culminate in her decision to join the race — which only puts her and her family in more danger. With each challenge she faces, she grows stronger and more ambitious, ignoring the warnings of those around her to get what she wants. Though she doesn’t know it for most of the book, this ambition also drives her character arc during which she learns to care about more than just her family.

Though Koral overshadows most of the secondary and background characters, they don’t blend into each other. As her brother, Emrik, is driven by the same desperation when it comes to his family and, though he doesn’t like it, he helps Koral in any way he can. Dorian longs to break free of the role of Lander Heir under his abusive father’s watchful eye. Crane is Koral’s best friend whose life has taken a darker turn, whereas the Landmaster is a ruthless politician holding the island in an iron grip, and whose favour is often in question.

Tanvi Berwah builds a brutal island world where giant creatures rule the sea and the skies, and the sun is a dangerous thing. Having escaped a dying homeworld, the Elders established a civilisation on a dangerous but survivable land where it all worked until a small group of people got greedy and managed to divide the people into the Landers — the wealthy ruling elite who can afford to live in caves and away from the dangers — and the Renters who are forced to live above ground and grapple with the monsters, often just to benefit the Landers. Berwah doesn’t shy away from the brutality of this world — not in Koral’s everyday life nor during The Glory Race itself.

In fact, her writing even reflects the world as it’s characterised by short, rapid sentences and a lot of action. The pace is fast and barely lets up throughout, reflecting Koral’s desperation to win. The descriptions always err on the side of danger, or worse, while her action scenes are ruthless and often bloody. Through Koral and her cast of characters, she paints a bleak existence where surviving is a painstaking process or navigating the dangers of the land around them as well as the politics of those in power.

Overall I flew through Monster Born and Made by Tanvi Berwah. She sets up an interesting dystopia and a desperate character willing to do anything to save her sister that then grows to care for the Renters beyond her family in this cutthroat world. This book is certainly not for the faint of heart on account of the death and destruction throughout, but it is a worthy debut that delivers on what the blurb promised.