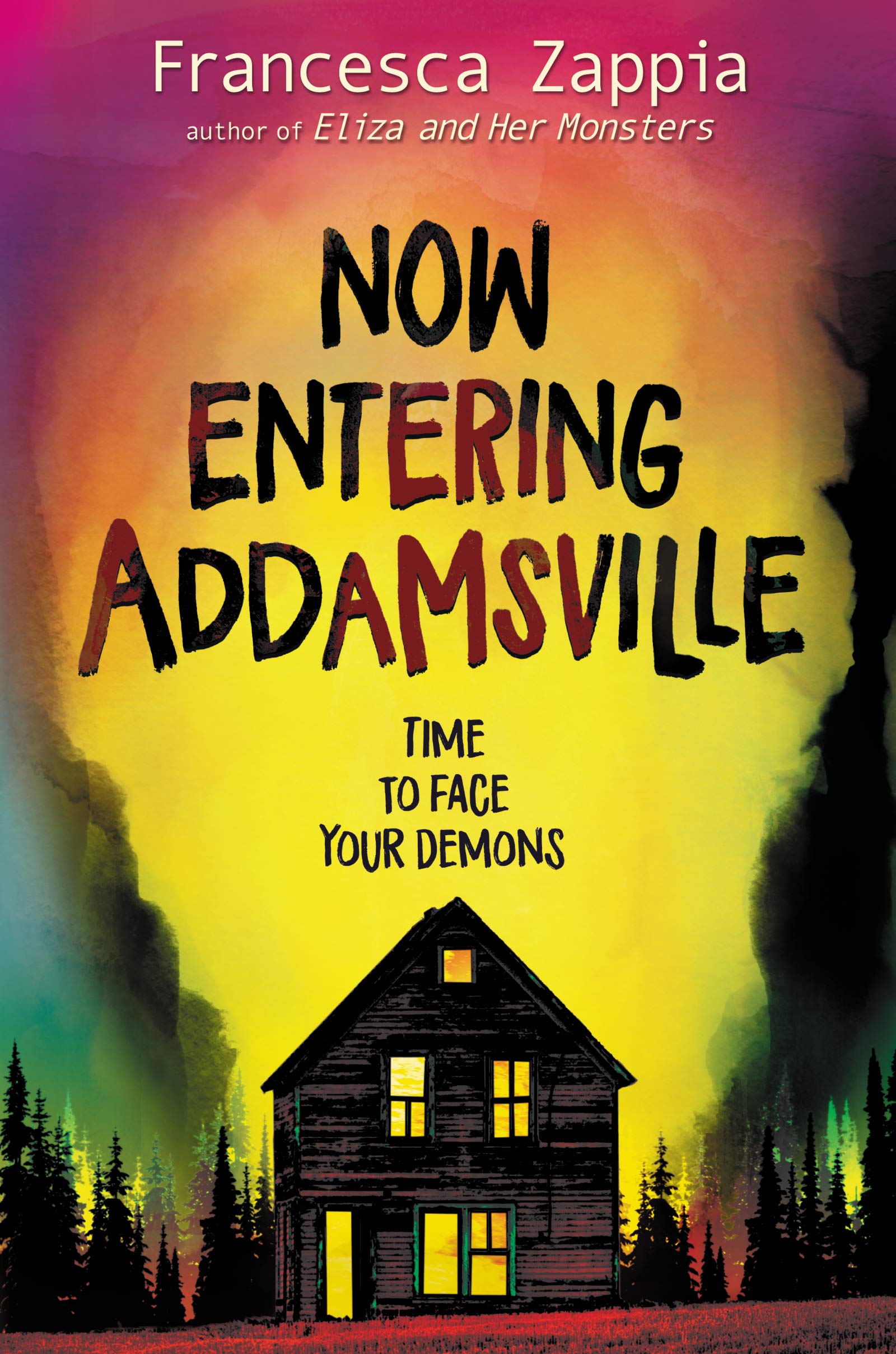 If you’re looking for a perfect ghostly read for October, we’ve got you covered!

The town of Addamsville is known for its ghost stories, but what will happen when said stories begin feeling more real?

Zora has been framed.

When someone burns down the home of the school janitor and he dies in the blaze, everyone in Addamsville, Indiana, points a finger at Zora. Never mind that Zora has been on the straight and narrow since her father was thrown in jail. With everyone looking for evidence against her, her only choice is to uncover the identity of the real killer. There’s one big problem – Zora has no leads. No one does. Addamsville has a history of tragedy, and thirty years ago a similar string of fires left several townspeople dead. The arsonist was never caught.

Now, Zora must team up with her cousin Artemis – an annoying self-proclaimed Addamsville historian – to clear her name. But with a popular ghost-hunting television show riling up the townspeople, almost no support from her family and friends, and rumors spinning out of control, things aren’t looking good. Zora will have to read between the lines of Addamsville’s ghost stories before she becomes one herself.

Zora Novak is known as Addamsville’s town arsonist. She comes from a family with a not so thrilling background. Her father is in prison after scamming the entire town and her mother was known for seeing ghosts, but has now disappeared. So when the high school’s janitor is murdered after his house is burnt down the only suspect is Zora. But the townspeople have no idea that Zora is actually holding a dark secret and only wants to help Addamsville.

My favorite aspect of this book was by far the characters because they were all so fun! Behind her rebellious look, Zora has a good heart and I found her to be relatable in many ways. She sets out on a mission to clear her name with the help of her cousin Artemis who was my second favorite character.

Artemis is the complete opposite of Zora. Where Zora is dark Artemis is light, and this made them the perfect mystery solving duo!

There are plenty of other interesting characters in the novel as well. I don’t want to spoil too much of the story but I will say that each of them are truly unique! I was completely wrapped up in their story in this small town world.

The plot moves along quickly in an entertaining way. I was happily surprised with the appearance of ghosts and the paranormal elements woven into the story.

At times Now Entering Addamsville did feel more like a middle grade read than a YA, though. After accepting this I didn’t mind how the book progressed. This is the first book I’ve read from Francesca Zappia and overall I enjoyed her writing. She captured the town of Addamsville well and I loved the characters she brought to life!

Overall, Now Entering Addamsville is a fun, spooky read! I loved the mystery hidden inside the pages and the characters led the plot along well. It all comes to a satisfying close with room for more stories to tell.

I hope Francesca Zappia decides to write more in this world because I loved the setting of Addamsville. If you’re looking for a good haunted read then Now Entering Addamsville is a good choice!

Set in the small town of Addamsville Francesca Zappia brings a fun spooky read to life! Now Entering Addamsville is full of ghosts, paranormal activity, and mystery. But the heart of the stor is the bond shared between each unique character and how they must put their trust in one another to help save the town they love. Francesca Zappie perfectly writes a heartwarming story through a thrilling tale!