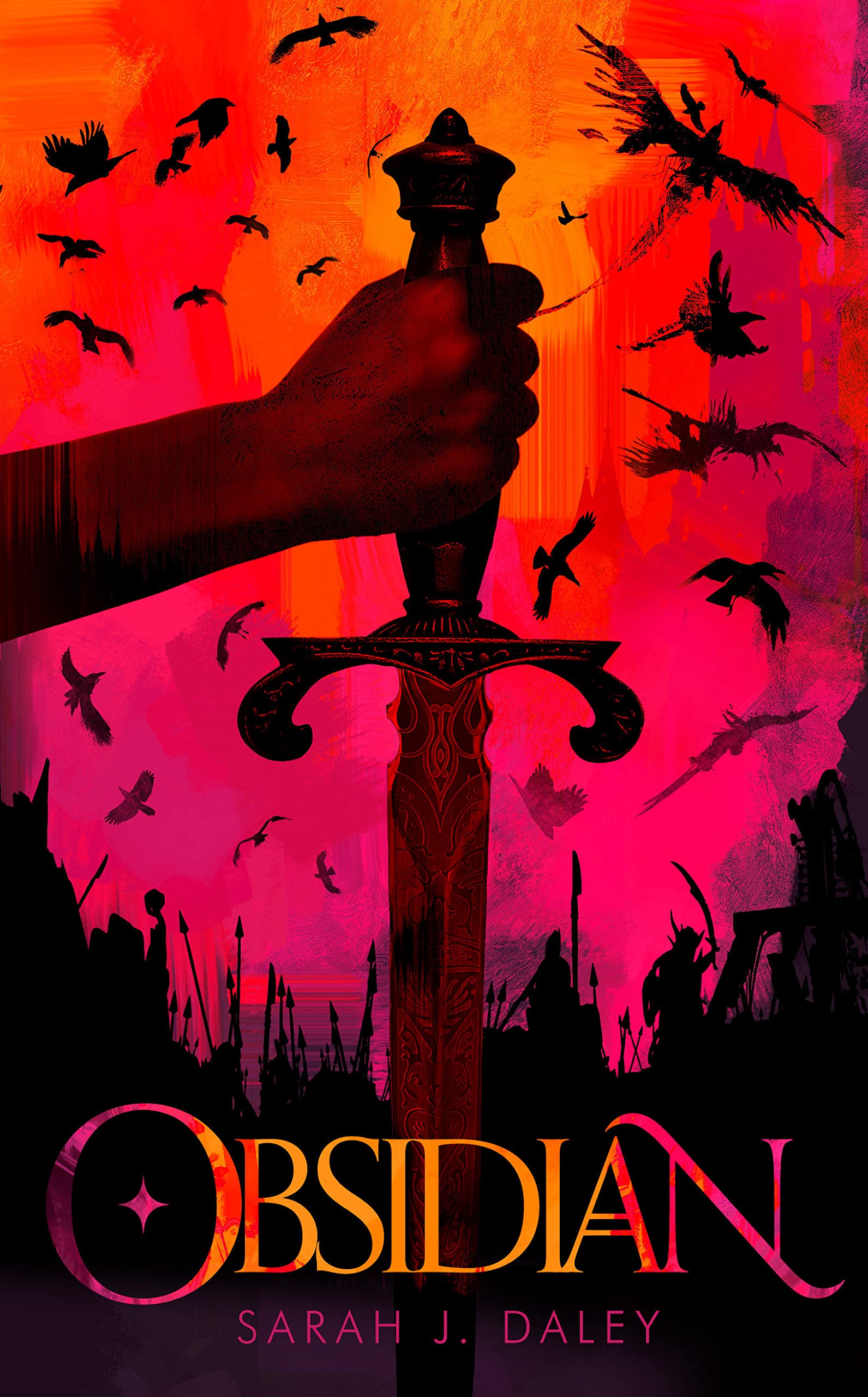 REVIEW: ‘Obsidian’ by Sarah J. Daley has a lot of potential

Obsidian by Sarah J. Daley tells the story of an outcast ready to sacrifice it all to protect her people.

Shade Nox is a fiend, a rogue, and a wanted murderer, though her only true crime is that she chooses to dress like a man. Proud and defiant, she wears her tattoos openly as any bloodwizard would, and carries obsidian blades at her hips. Those who laughingly call her a witch to her face soon learn an unfortunate lesson: Shade Nox might be an abomination, but she wields her blades with devastating precision, gleefully shedding blood for elemental magic that matches any man’s.

Shade scratches out a dangerous living in the broken Wastes, but now that they are growing more unstable and dangerous, Shade and her people need their own Veil to protect them. She vows to raise one — a feat not accomplished in over a hundred years. But the Veils are controlled by the Brotherhood, who consider them sacred creations. They would sooner see all the Veils collapse into dust than allow a witch to raise one.

With the help of her friends and allies, and her own indomitable will, Shade stays one step ahead of her enemies. Her zeal is only tempered when she learns the true sacrifice required to raise a Veil — a secret even the centuries-old Brotherhood has forgotten. It is too high a price to pay. Nevertheless, she must pay it, or she will lose everything and everyone she loves…

When Raiden first lays his eyes on Shade Nox, he thinks she’s an angel, though that couldn’t be further from her character. Shade is a firecracker of a character doing everything she can to protect her people, including raising a protective veil for the first time in a century. Her tough exterior persona hides a deeply vulnerable, kind yet hurt interior which she learns to embrace throughout Obsidian. Because of this arc, she’s an easily lovable character, and one at the heart of the group.

Raiden, on the other hand, takes some more time to get used to. When he disembarks in Malavita, he scorns the island and its ways, something that remains with him for much of the book. As the Empire’s envoy, he spends a sizeable chunk of the book considering himself above the islanders, and only learns to respect them in the second half. Despite his banter with Shade and Dante, and his mysterious talent with magic, it takes far more on his part to prove himself, both to the other characters and the reader. The most interesting aspects about him were the way he behaved in battle. As a trained assassin and human shield, his actions are almost instinctive, yet Daley leaves enough breadcrumbs to wonder whether it’s more than that.

Dante was the least developed of the trio. A prince who has spent his life regaining the prestige and riches his family lost to tragedy, he immediately supported Shade’s plan. As a character, he is often arrogant and quick to anger, though Shade can bring out his lighter side. He is also fiercely loyal to everyone in his household, even putting himself in harms way to protect them.

Focusing on Shade, Daley brings up some interesting questions when it comes to the romance. Rather than having a love conquers all approach, she allows her characters to consider how a romance would impact their goals and future, then decide on whether to pursue it. One arises out of grief, whereas another amicably dissolved. It was even more interesting to see different characters reach the same conclusion about their relationship. I haven’t often come across romance used like this outside the romance genre and it definitely added depth to an already engaging story.

Daley’s biggest strength, however, is her world-building. The Empire is a land ravaged by a blight that was unleashed long ago stemming from the island of Malavita. Now, parcels of land are protected through ancient Veils and a sect of priests called the Brotherhood are the only ones who know how to create one — until Shade Nox arrives. Daley also attempts to give each group their own culture, though she doesn’t elaborate enough is certain cases. The people living outside the Veils are the most distinct and I would have liked to see more of the Empire’s culture through Raiden.

Even her magic system strays from the usual, combining blood and elemental magic that can only be wielded safely through gemstone blades and tattoos. Daley goes into detail the most on her magic users. Separated into factions and skill level, their garb, blade and tattoos set them apart from the general populace. Unfortunately, she doesn’t elaborate as much on the types of gemstones and what they mean, especially outside the Brotherhood, so I couldn’t form a complete image of the magic system.

There were aspects of the book that felt rushed. One of the romances came out of nowhere as did a final antagonist. The worldbuilding, while impressive, could have been less grand in order to focus on the aspects that really mattered, such as the pacing, which wasn’t consistent.

While I enjoyed Obsidian by Sarah J. Daley, it didn’t leave much of a lasting impression on its own. However, the author has tremendous potential, I would like to see what she can do with a series of books under her pen.