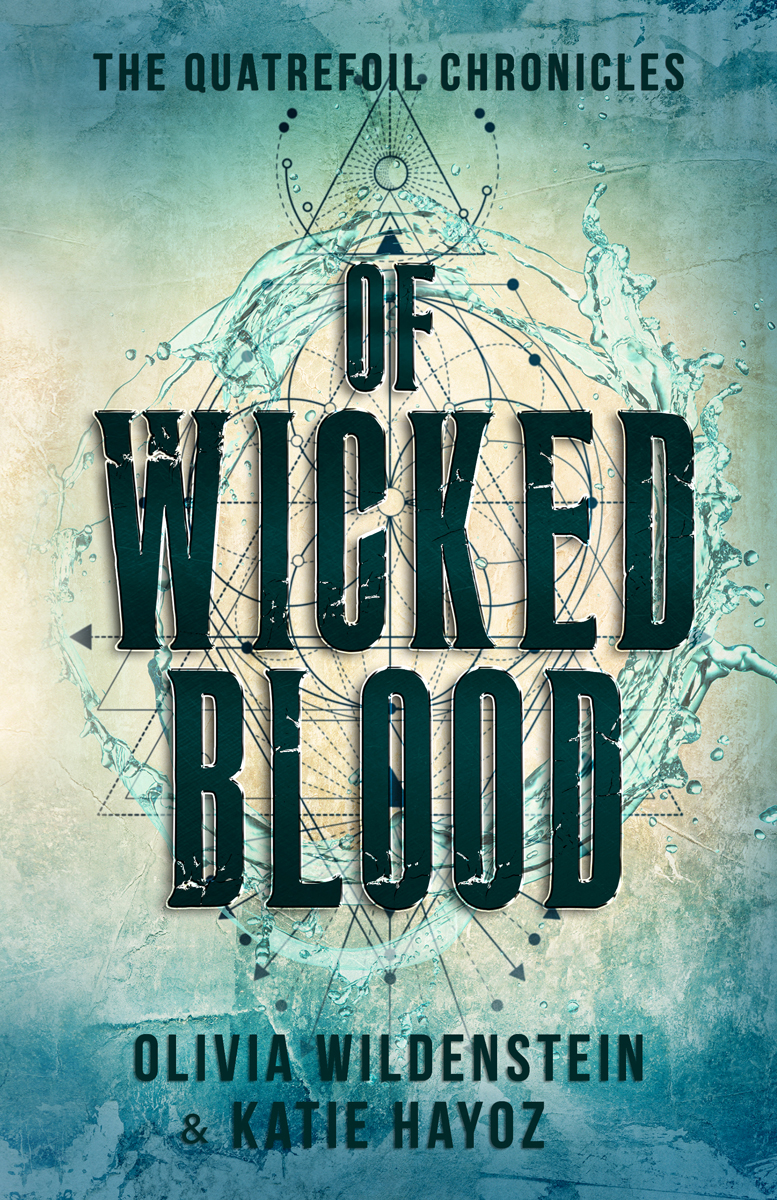 REVIEW: ‘Of Wicked Blood’ by Olivia Wildenstein and Katie Hayoz was a magical mystery

Slate’s life hangs in the balance in this magical treasure hunt.

Of Wicked Blood by Katie Hayoz and Olivia Wildenstein follows Slate in his race against time to restore magic to the world.

No rest for the wicked… or the cursed.

SLATE
I didn’t mean to steal the Bloodstone from the De Morel’s crypt.
Scratch that, I did mean to steal it.
Until I realized it was a curse-magnet that only comes off if I, along with a jolly trio, successfully defeat four curses.
If any of us fail, I’m dead.
I’ve never been a glass half-empty sort of person, but my glass looks in dire need of a refill right about now.
The only highlight of this wicked treasure hunt: feisty, entitled Cadence de Morel.

CADENCE
I was raised on tales of magic, in a small town reputed to be the birthplace of French witchcraft.
Did I believe all the stories I heard? Absolutely not. I mean, if magic existed, Maman wouldn’t have died, and Papa wouldn’t be stuck in a wheelchair, right?
Wrong.
The night Slate Ardoin waltzes into my life, wearing a ring he stole from my mother’s grave, I call him a monster.
But then I meet real ones, and Slate, well . . . he becomes something else to me.
Something frustrating to live with but impossible to live without.
Something I will fight for, no matter the cost.

Slate Ardoin is a thief. Having grown up in foster homes his entire life, he has finally made a life for himself in Marseille with his foster brother Bastian when a letter upends his life. Bitter at being denied a life and family in Brume, he steals a cursed ring that triggers a hunt and the story takes off from there.

Slate was an interesting character. His life on the streets have made him a hard, no nonsense kind of man who only cares about his brother, Bastian, and his cactus until he gets to Brume. His character arc was deeply emotional, with poignant scenes that marked a turning point in his personality. I also appreciated that it wasn’t entirely a result of the romance as other circumstances pushed him to open up and care for others too.

In contrast, Cadence started out naïve and fairly sheltered only to grow into an independent character who thinks for herself. She embodies her 17 years in the sense that she’s whiny, emotional, easily jealous for silly reasons and quick to develop deep feelings towards others. While she wasn’t my favourite, it was refreshing to see a 17 year old character that actually felt their age.

Hayoz and Wildenstein also put care in their other characters, who could easily stand on their own. Adrien, Gaëlle and Rainier are all complex with secrets still hidden by the end of the book. Bastian is an adorable nerd and, along with Alma, a welcome distraction from some of the book’s darker themes.

As far as the plot is concerned, Of Wicked Blood was engaging well paced. Paired with Brume’s world, it was a fascinating read, while the darker scenes make the audience viscerally aware of the stakes. As it’s laden with descriptions, there were times when the book dragged a little, but not enough to be off putting. The developing romance and scenes with Alma and Bastian were well placed, and pauses allow the audience to draw a breath in the face of the next challenge.

I have two main issues with the book. The first was how Cadence’s crush on Adrien was handled. Her entourage not only accepts the potential relationship, but actively encourages her to pursue it despite the seven year age gap between them. Add to that the fact that Adrien is also her teacher, and the situation takes on a dynamic that is, more often than not, detrimental. There’s only one character in the whole book that objects to the idea, and even that is seen as jealousy rather than concern.

The second was the writing. Of Wicked Blood is set in France and the authors will not let the audience forget this as random French words are peppered into the dialogue even though it’s assumed the characters are speaking to each other in French. Since it’s not a case of a bilingual character, this choice is jarring; it makes the text clunky and does nothing to add to the setting. The further into the book I got, the more grating it became.

Of Wicked Blood was a fun mystery to solve. Even though it’s part of a series, there’s no major cliff-hanger ending. This has put me on the fence in regards to the sequel as I liked the certain amount of closure I got with it, and I’m not so invested in the characters to continue.

Editor’s note: As per the authors, Of Wicked Blood has warnings for profuse cursing and is intended for readers 16 and up.