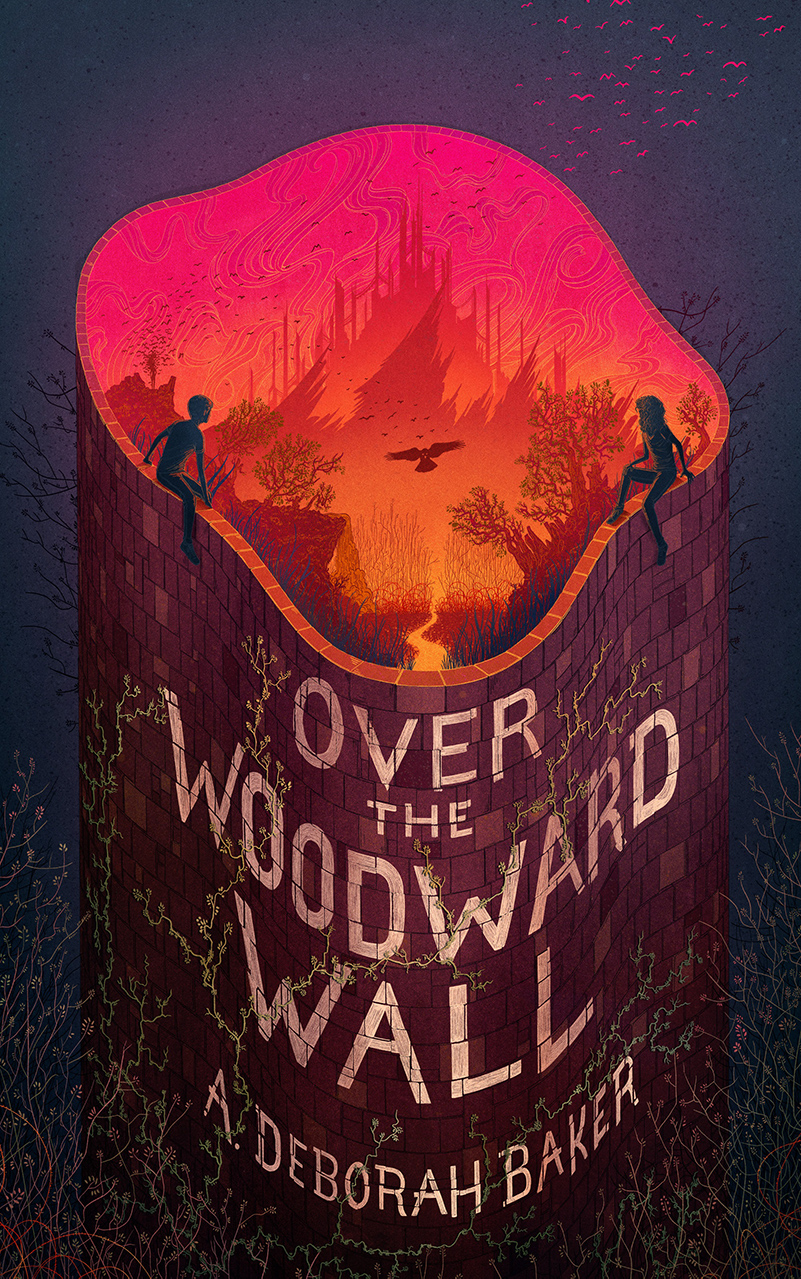 'Over the Woodward Wall' by A. Deborah Baker. (Tordotcom)

REVIEW: ‘Over the Woodward Wall’ by A. Deborah Baker is a quirky wonderland romp for younger readers

‘Over the Woodward Wall’ follows a plucky duo of mismatched children as they find themselves in a world of nonsense.

In Over the Woodward Wall, Baker spins a Lewis Carroll-esque fantasy that’s less about the adventure and more about the friends you discover along the way.

If you trust her you’ll never make it home…

Avery is an exceptional child. Everything he does is precise, from the way he washes his face in the morning, to the way he completes his homework – without complaint, without fuss, without prompt.

Zib is also an exceptional child, because all children are, in their own way. But where everything Avery does and is can be measured, nothing Zib does can possibly be predicted, except for the fact that she can always be relied upon to be unpredictable.

They live on the same street. They live in different worlds.

On an unplanned detour from home to school one morning, Avery and Zib find themselves climbing over a stone wall into the Up and Under – an impossible land filled with mystery, adventure and the strangest creatures.

And they must find themselves and each other if they are to also find their way out and back to their own lives.

Seanan McGuire, the author behind A. Deborah Baker, has a pantheon of children’s and young adult fantasy novels under her belt, with Over the Woodward Wall being the most recent addition. This was my first foray into her writing, which presents a balance of social commentary and enchanted storytelling.

Zib and Avery, the two intrepid protagonists of the novel, start out one day by heading to school, and end up crossing over a wall to another world, instead.

They’re polar opposites, with Avery acting as a stand-in for the oppressive regulations we put on imagination, and children, and fun. On the other side, Zib is a child who is, undoubtedly, a child; she’s rambunctious, adventurous, and curious. Her full name is Hepzibah, but she hasn’t grown into that yet.

Zib and Avery have to join forces as they traverse the treacherous and confusing fairytale land on search for adventure (for Zib) and a way back to the suburbs (for Avery). Along the way, they encounter a group of mismatched characters, including a rock man, and a girl made up of crows.

The offbeat plotting and whimsical writing is reminiscent of several other stories, both old and new. Catherynne M. Valente’s 2011 novel The Girl Who Circumnavigated Fairyland in a Ship of Her Own Making comes to mind, as well as the obvious: L. Frank Baum’s The Wonderful Wizard of Oz.

Like the authors before her, Baker/McGuire attempts to use the nonsensical to make sense of our own reality; Zib and Avery’s adventure addresses gender roles, the expectations we put on children, and the way our culture’s obsession with safety prevents us from discovering any great truths.

It’s hard to know who this novel is intended for; the simplistic format lends itself to middle grade audiences, but the flow of writing and social themes are better suited to older children and young teens. However, anyone craving something fanciful, outside our own perception of what is possible and impossible, will find Over the Woodward Wall a great one-day read.

The ending is quite abrupt, almost overly so, but Zib and Avery’s adventure is far from over. If you’re craving a lighthearted children’s adventure with a plethora of wordplay, I suggest following in their footsteps.

An adventure for the young at heart!