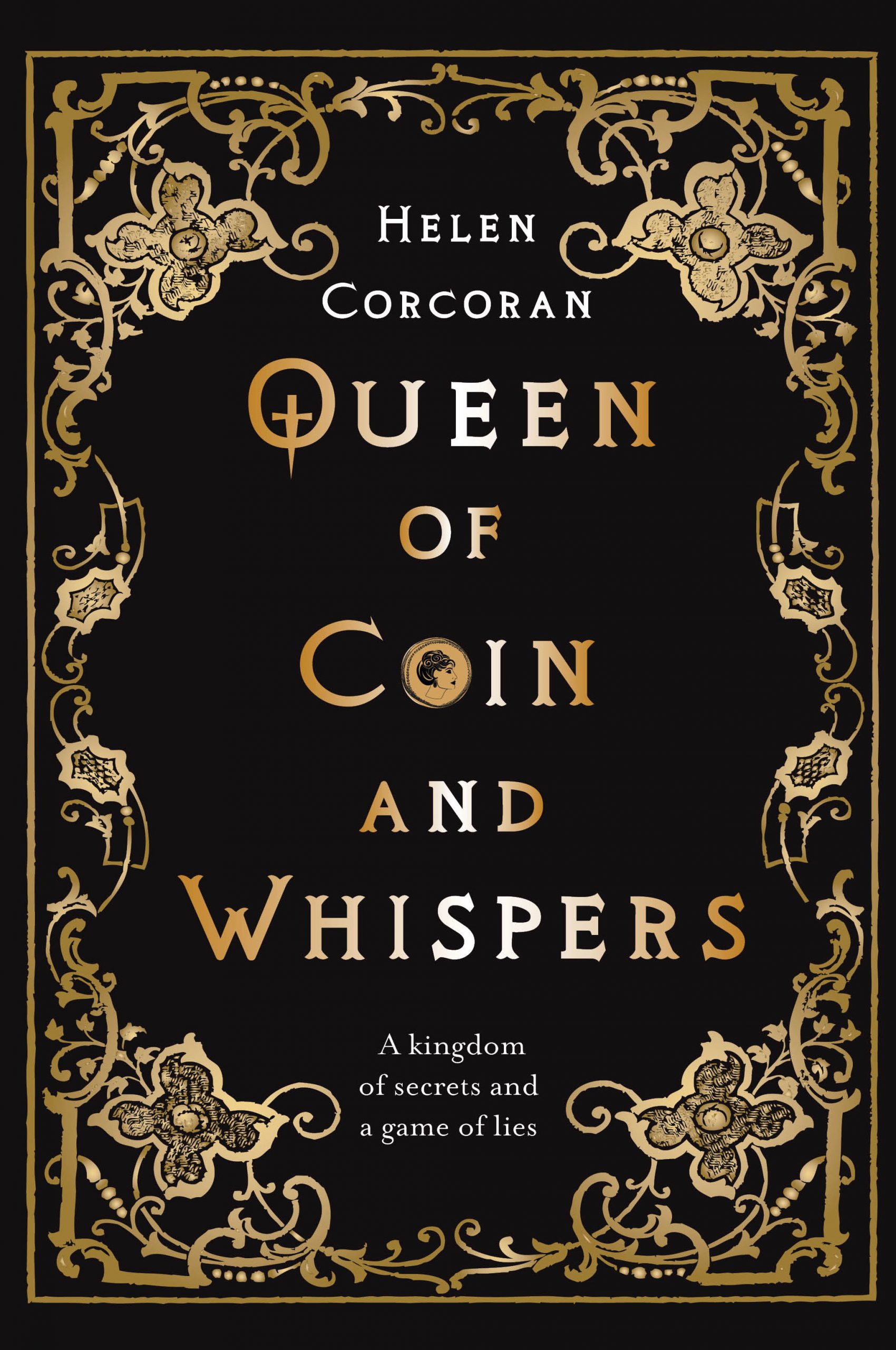 'Queen of Coin and Whispers' by Helen Corcoran (The O'Brien Press)

REVIEW: ‘Queen of Coin and Whispers’ by Helen Corcoran is a gripping LGBTQ+ fantasy

Helen Corcoran’s ‘Queen of Coin and Whispers’ is a promising debut, yet it lacks the detail needed to make it truly spectacular.

This debut novel is a fantastic LGBTQ+ addition to YA fantasy, but Queen of Coin and Whispers did not meet all my needs as a reader.

When teenage queen Lia inherits her corrupt uncle’s bankrupt kingdom, she brings a new spymaster into the fold… Xania, who takes the job to avenge her murdered father.

Faced with dangerous plots and hidden enemies, can Lia and Xania learn to rely on each other, as they discover that all is not fair in love and treason?

The throne means both power and duty, so they must decide what to sacrifice for their country — and for each other…

This novel follows two main characters: Lia, a young new Queen who, refreshingly, has grown up wanting to rule and fix her predecessor’s mistakes. The second is Xania — who becomes Whisper, Lia’s spymaster — an intelligent, fierce woman with a penchant for vengeance.

Queen of Coin and Whispers begins in a rush that unfortunately follows through the rest of the plot. It completely gripped me with its fast-paced, action-packed story — but that is also responsible for an inescapable feeling of confusion.

There is little time spent on the worldbuilding in this novel. We are flung into a fantasy setting with little to guide us, which becomes especially troublesome with the amount of treachery and intrigue that makes up the plot. I was left wanting when it came to understanding Edar: its laws, histories, and people are shrouded in mystery. I still find myself struggling to imagine the palace, never mind the country.

Instead of my common complaint of an author not trusting their reader, I felt Corcoran trusted us too much. I needed more detail and explanation to fully engage with the world, and often found myself having to piece together snippets of information scattered throughout the book. It felt as though the author knew much more than me and I was missing the details that completely round out a story.

Needless to say, I became lost in the Whispers’ web.

That being said, our main characters are fairly well formed. Queen of Coin and Whispers is written from both Lia and Xania’s perspectives. Aside from a few chapters towards the beginning where I struggled to differentiate their voices, they come into their own as individuals as the plot progresses. Lia is a determined, stubborn woman with a soft side, and Xania is fierce and unquestionably loyal.

I found it particularly exciting to read from a spymaster’s point of view. There are many fantasy novels involving a spymaster, but here Corcoran has given us a delightful taste of what they actually do. I found it exhilarating to discover the secrets of the Court through Xania’s position as Whispers, and only wish the writing had been a little more sophisticated in delivering them.

The side characters are interesting, and there are glimmers of some amazing personalities coming through. However, they often miss the attention and detail they deserve. In particular, I would like to have seen more of Coin and his relationship with Xania and the others working in the Treasury. His fatherly pride and love for them is suggested, and more explicit detail would have been a lovely extra layer.

My disappointment with the novel can be summed up thus: Corcoran does a lot of telling, but little showing. This leaves for an information-filled story that sometimes has little meaning (and a lot of confusion) for the reader. And the primary example would be Xania and Lia’s relationship.

Lia and Xania fall for each other quite abruptly. The story didn’t follow through on the slow-burn it promised. We are told that they begin noticing certain aspects of each other more, but these elements almost feel like an afterthought. The relationship sometimes takes a backseat when in other places it is the reason for much of the women’s decision-making. I was disappointed with the lack of detail it was given — especially when sweet, intimate scenes of reading to one another are mentioned in memories but given no attention in the main plot.

More generally, the cast list is fantastic. There are women everywhere, there is gay, bisexual, and demisexual representation. There are LGBTQ+ marriages left, right and centre. There are kind, loving parents and step-parents. There is corruption, intrigue, love and so much more packed into this 457-page delight that I honestly struggled to put down. Despite its shakiness in places, I couldn’t help but fall completely in love with the story.

Overall, Queen of Coin and Whispers needed to slow down. It needed more time to build its attention to detail to round out the world and its characters. The book didn’t ensure the reader was fully understanding of each new piece of information before rushing on to the next plot point. Its speed brought the story to an abrupt end that left me wanting more for the wrong reasons.

However, it is an incredibly enjoyable read, and a good start for Helen Corcoran. I am looking forward to seeing how she develops as a writer, and will definitely invest in her futures tales.

Plot: too fast-paced, but certainly gripping.

Characters: interesting and varied, but needed rounding out in the case of side characters.

Writing: shaky and lacking in detail, yet I still found myself completely absorbed by this story.

I couldn’t put Queen of Coin and Whispers down, and I couldn’t stop thinking about it whenever I had to. It was amazing to see LGBTQ+ relationships given a place amongst some familiar-favourite YA tropes.