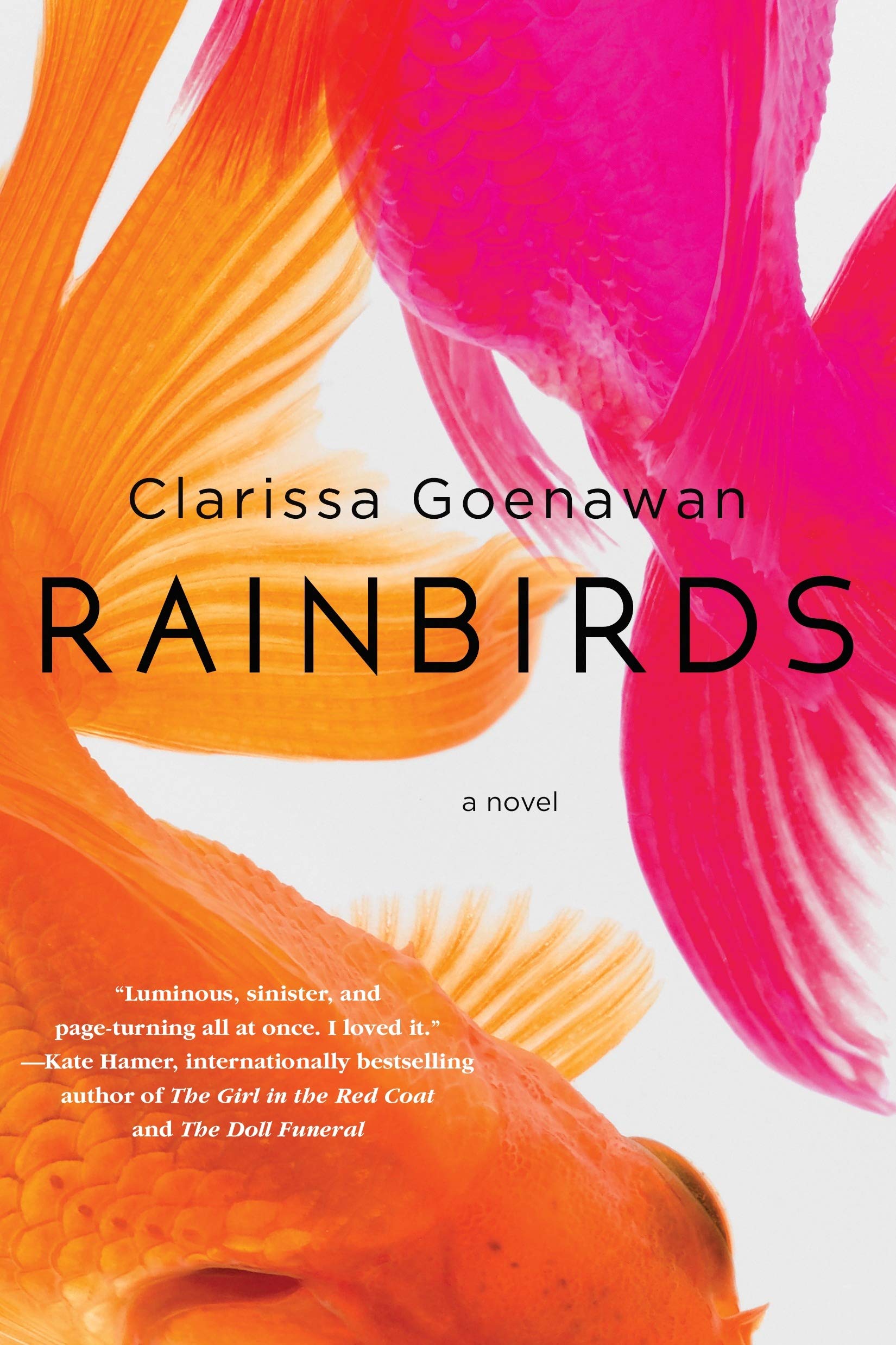 REVIEW: ‘Rainbirds’ by Clarissa Goenawan is a quiet mystery that tackles love and loss

‘Rainbirds’ tackles grief through this murder mystery in a unique way.

I was expecting a more thrilling mystery from this book but I didn’t dislike how calm of a story it was.

Ren Ishida is nearly finished with graduate school when he receives news of his sister Keiko’s sudden death. She was viciously stabbed one rainy night on her way home, and there are no leads. Ren heads to Akakawa to conclude his sister’s affairs, still failing to understand why she chose to abandon the family and Tokyo for this desolate town years ago.

But Ren soon finds himself picking up where Keiko left off, accepting both her teaching position at a local cram school and the bizarre arrangement of free lodging at a wealthy politician’s mansion in exchange for reading to the man’s catatonic wife.

As he comes to know the figures in Akakawa, from the enigmatic politician to his fellow teachers and a rebellious, alluring student named Rio, Ren delves into his shared childhood with Keiko and what followed, trying to piece together what happened the night of her death. Haunted in his dreams by a young girl who is desperately trying to tell him something, Ren struggles to find solace in the void his sister has left behind.

When Ren Ishida receives the news of his older sister’s death, Keiko, he leaves his life in Tokyo behind and heads to the small town where she resided, Akakawa. There wasn’t much to Ren’s plan besides collecting his sister’s belongings and speaking to the police about her case. When he visits the police station he learns how brutal her death was. His curiosity surrounding his sister’s murder takes control of every other emotion that he’s feeling.

Ren falls into his sister’s life as he tries to piece together how she lived in Akakawa. He becomes a teacher at the cram school she worked at and moves into the same home she lived in. Her acquaintances become his and so on.

I found Ren to be such an interesting character. He’s just an ordinary guy in his twenties. He’s a little lost on where his life will go next after graduation and unsure of his own relationships. His journey to find out the truth behind his sister’s murder leads to him finding himself. I really enjoyed the way Clarissa Goenawan explored self-discovery through grief. It’s something I can relate to and I’m sure other readers will be able to as well. His love for his sister and the sudden loss he feels turns into him learning more about what makes him who he is.

As Ren lives a different kind of life than he did in Tokyo he begins to realize that he may not have known Keiko as well as he thought. There are so many secrets that Keiko held from him, the person who was supposedly her number one in life. This was such an interesting aspect of this book. Readers will see how, as humans, we tend to hold pieces of ourselves from others even if it’s without meaning to, and even if it’s from the people closest to us. Ren finds out the hard way that there was a lot about his sister that he never knew and will never get to know more about.

Rainbirds is a coming-of-age story hidden in a mystery. I think Clarissa Goenawan’s writing is simple yet beautiful. The characters in this story and the life they lived felt incredibly relatable. They were people I knew in my own life and this made the book easy to read. I found a bit of myself in each of them.

Every theme I shared in this review is explored through not only Ren and Keiko but also the side characters. It was set in a stunning atmosphere that will take readers right to the small town in Japan. If you’re a fan of murder mysteries then I think you’ll enjoy this book even if it’s calmer than others. There are still a lot of surprises and revelations that will have you wondering what will happen next!