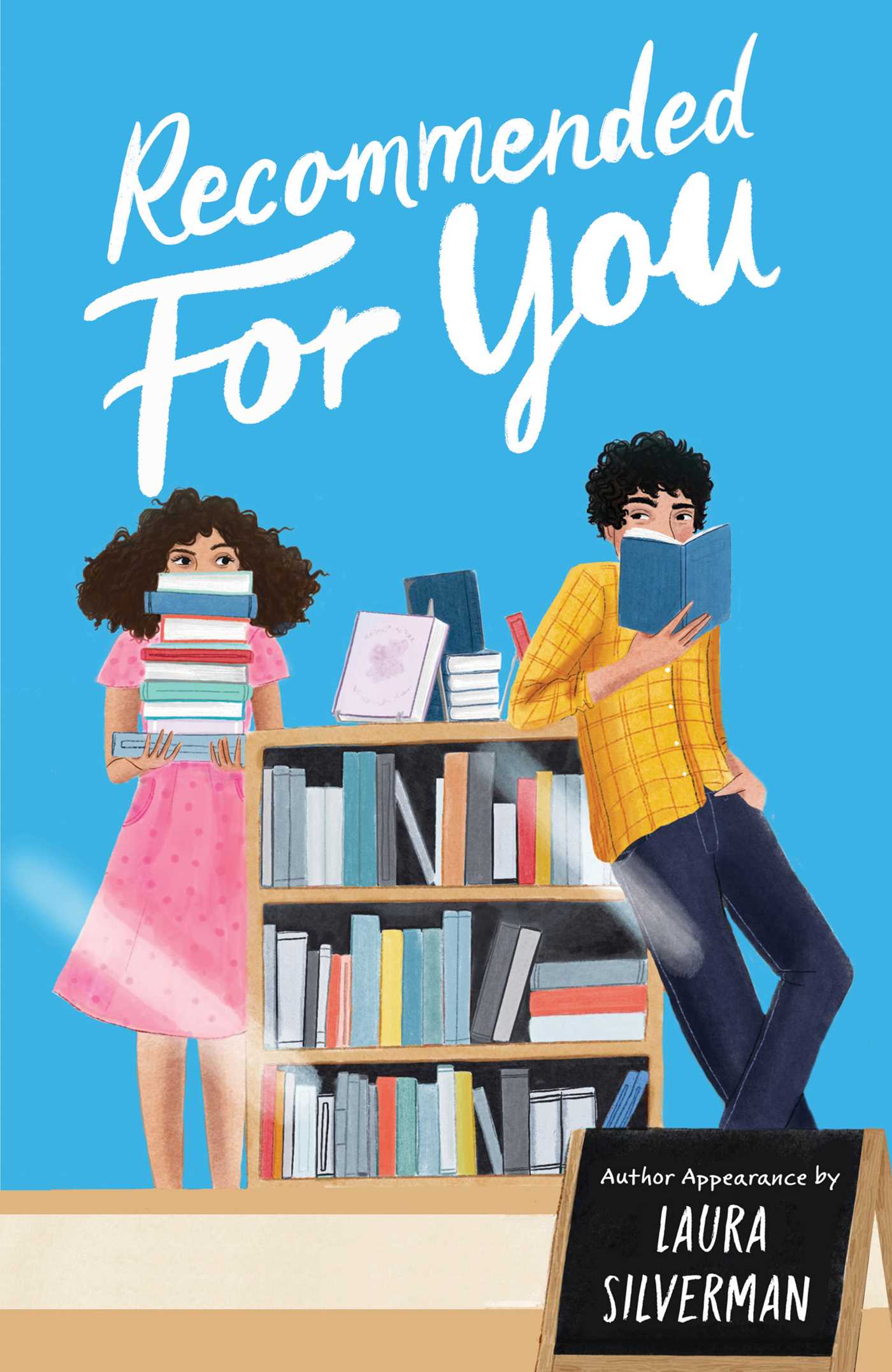 'Recommended for You' by Laura Silverman. (Simon & Schuster)

REVIEW: ‘Recommended for You’ by Laura Silverman is a short and sweet contemporary

The novel will give you a warm, cosy feeling this coming holiday season.

Although perhaps not the best book I’ve read, Recommended for You told a lovely story about a teenage girl working in a book shop.

Shoshanna Greenberg loves working at Once Upon, her favourite local bookstore. And with her moms fighting at home and her beloved car teetering on the brink of death, the store has become a welcome escape.

When her boss announces a holiday bonus to the person who sells the most books, Shoshanna sees an opportunity to at least fix her car, if none of her other problems. The only person standing in her way? New hire Jake Kaplan.

Jake is an affront to everything Shoshanna stands for. He doesn’t even read! But somehow his sales start to rival hers. Jake may be cute (really cute), and he may be an eligible Jewish single (hard to find south of Atlanta), but he’s also the enemy, and Shoshanna is ready to take him down.

But as the competition intensifies, Jake and Shoshanna grow closer and realise they might be more on the same page than either expects…

Recommended for You is everything you could expect from a YA contemporary. With its fairly predictable plot and familiar-feeling characters, the novel creates a cosy atmosphere to settle into.

Although the writing isn’t perfect — watch out for some cheesy lines — it certainly swept me up into this story of bookshop employment and teenage angst. However, there were some elements of the novel that weren’t entirely believable, which lead the book astray from being excellent.

Occasionally, the plot felt a little forced. For example, at one point Shoshanna makes a decision to post a video to YouTube which not only felt unrealistic, but also out of character. This piece of action was merely designed to forward the plot — that much was obvious.

Similarly, I had issues with the way Shoshanna’s mothers apologised to her towards the end. It perhaps felt a little more realistic, but the way it was done had me feeling as though the author was writing from a parent’s point of view, rather than considering the teenage audience. It didn’t quite teach the lesson I’d hoped it would.

Despite these aspects, the story flowed along nicely and brought with it a varied cast of characters. While we don’t get to know each character in much detail, I enjoyed the way our main characters — Shoshanna and Jake — were revealed. Their relationship was fun to watch, and I found myself being lulled into the trope I was so adamant I wouldn’t fall for.

Recommended for You is set around the holiday season, yet as our main character is Jewish, we see Christmas from an entirely new perspective. I found this refreshing and needed, and it makes the book especially perfect for those readers who can identify with Shoshanna’s experience.

The novel still gives that warm, holiday feeling, with its themes of family and (if you have ever worked in retail) the holiday rush. Silverman explores what happens when a seemingly perfect life starts to crumble. There will be no fairytale ending to this kind of story, and I applaud Silverman for not providing one. Instead, she expresses the reality of life in a hopeful and comforting way.

The ending of the novel, however, threw me a little. There is an epilogue which, for me, brought the time frame of the story in to sharp focus…and I was not ready for it. The plot of Recommended for You takes place over a week, according to the epilogue, which I think is worth bearing in mind. Otherwise you may find yourself reaching the end and feeling more than a little out of step upon discovering it.

Perhaps I was simply too deep in the story to notice. I did read it very quickly, after all.

I found myself sucked into the world of Recommended for You. Its easiness and predictability were a comfort — which added to its suitability for a cosy holiday read. If you are looking for a new contemporary to occupy you for a couple of days, then look no further.

Characters: this varied cast was lovely to see.

Writing: simplistic and unrealistic at times, but sucked me in nonetheless.

Theme and Message: a cosy holiday read with some comforting words for teens.