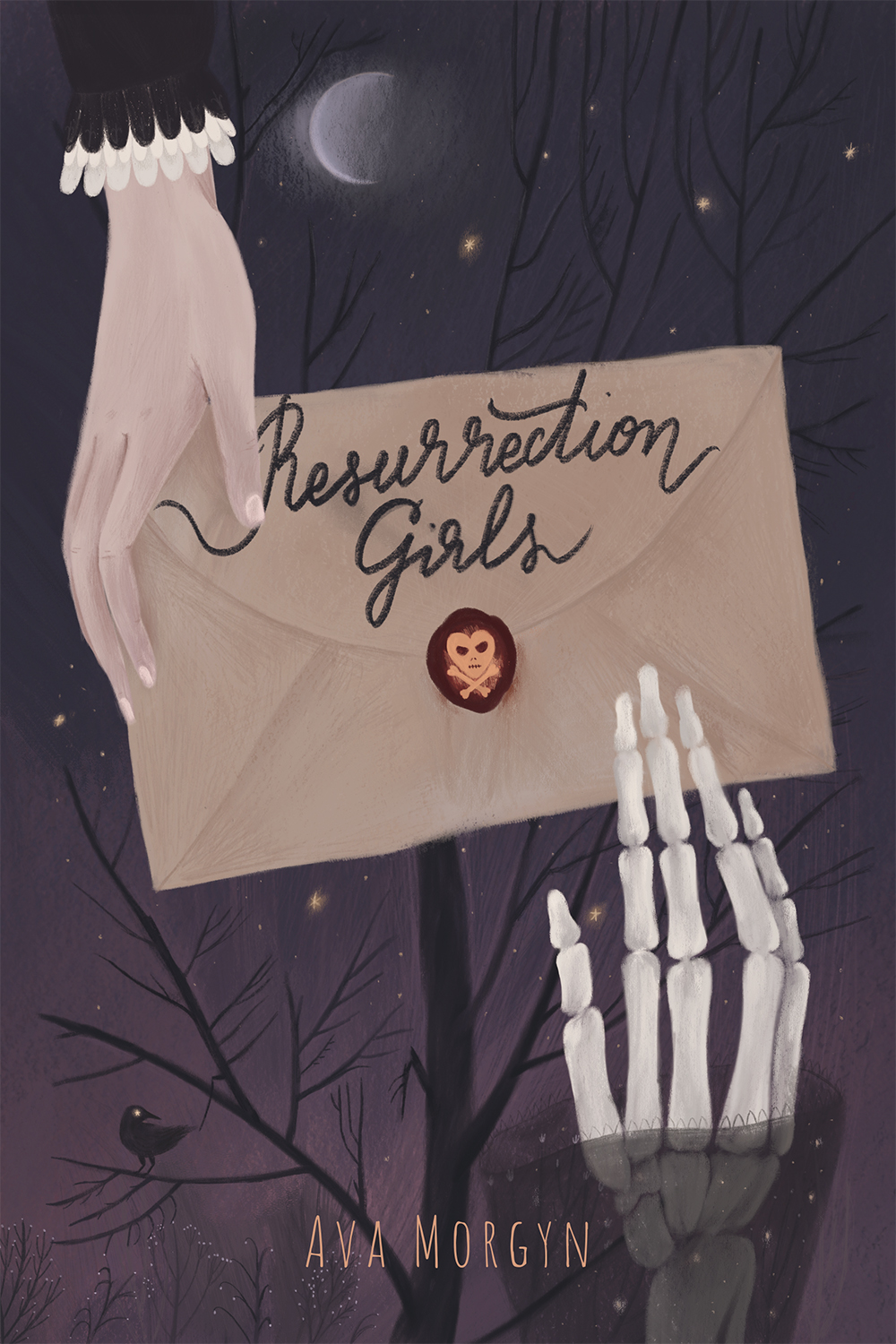 Ava Morgyn deals with a variety of issues in this unexpectedly dark, tragedy-filled novel.

The novel explores a myriad of themes, from the mundane, to the heart-wrenching, to the supernatural.

Olivia Foster hasn’t felt alive since her little brother drowned in the backyard pool three years ago. Then Kara Hallas moves in across the street with her mother and grandmother, and Olivia is immediately drawn to these three generations of women. Kara is particularly intoxicating, so much so that Olivia not only comes to accept Kara’s morbid habit of writing to men on death row, she helps her do it. They sign their letters as the Resurrection Girls.

But as Kara’s friendship pulls Olivia out of the dark fog she’s been living in, Olivia realizes that a different kind of darkness taints the otherwise lively Hallas women—an impulse that is strange, magical, and possibly deadly.

At the beginning, Resurrection Girls threw me back to teenage-hood. The writing was reminiscent of emergent Young Adult books which, veterans will remember, was very much trying to distinguish itself from Teen Fiction.

The voice of the novel is young, like these novels of the past. It made me feel as though younger, teenage audiences were the primary target. Until the darker themes emerged.

The novel is filled with tragedy. Morgyn doesn’t hold back when depicting the behind-the-curtain side of life — the death, the trauma and the various unhealthy ways many try to cope. There are heart-wrenching, potentially triggering scenes scattered within the jokey, wild lives of three teens.

The characters are individually interesting. There is an ambiguity to them all in one way or another. It’s refreshing, if a little awkward in a second-hand-embarrassment kind of way. Resurrection Girls reminds us what it’s like to be a teenager, after all.

I think Morgyn has done well in showing three very different young people, and how their seemingly polar opposite lives inevitably bring them together. The jock, the geek, and the wild punk girl share an understanding of the hidden sides of life. They compete for attention and acceptance, with dramatic outcomes.

Kara is a whirlwind that tears apart Olivia’s life. But it isn’t as awful as it sounds — it’s exactly what Olivia needs. The death of her brother has buried her in her misery. Communication has broken down amongst her family, and the mysterious, vibrant and reckless girl across the road teaches her how to feel again.

Not that Kara always goes about it in the right way.

The main complaint I have with the novel is the pacing. It began slowly with extravagant description that was all too aware of itself. Once the scene was finally set, it trundled into building up Olivia’s life, past and present. And still there was very little action of note. It wasn’t until the final third that things really got going.

Roughly, the last ten chapters were where the magic happened. The action reached its apex, and one catalytic moment set Olivia’s world into a flurry of revelation and devastation. This, I adored. I only wish it had come sooner.

Resurrection Girls is a surprisingly dark novel that brings to life the realities of familial tragedy. It incorporated elements of the supernatural that could perhaps resonate with readers who sympathise with Olivia’s situation.

It’s a full-on read with lots of drama (once it gets going), suspense, and heightened emotion. I think it’s worth pushing through the first half to experience the gem of the ending.

I would have liked the story to get going faster, and for the characters to be a little more fleshed out.

Once the action got going, it ran. I was morbidly fascinated and absorbed, but I wish I had felt this all the way through.