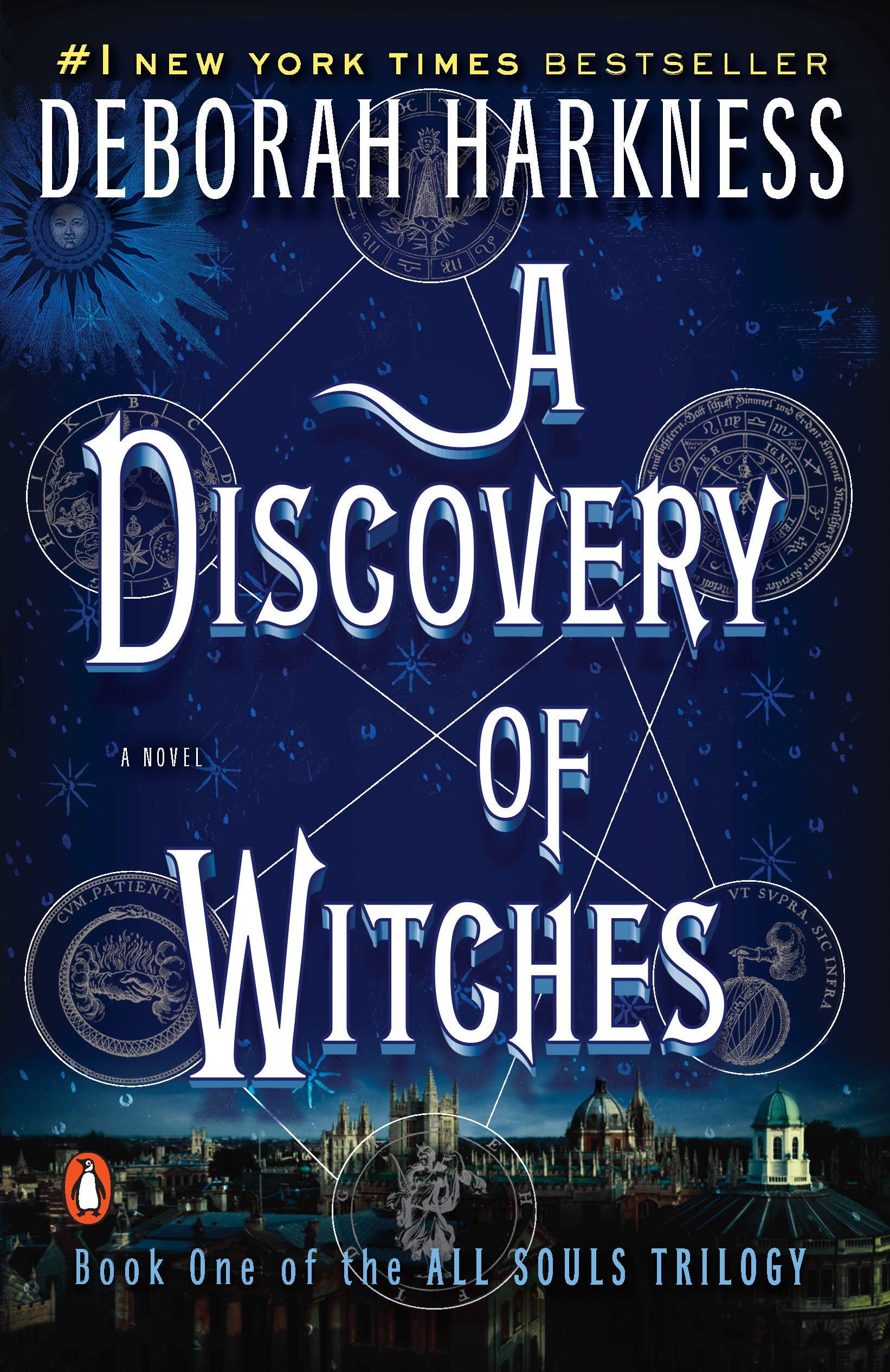 REVIEW: ‘A Discovery of Witches’ by Deborah Harkness left me cautiously optimistic

Harkness’s debut shows so much potential, only to be obscured by heavy writing and unpleasant tropes.

A few months ago I stumbled on A Discovery of Witches by Deborah Harkness as a TV series and I fell in love with it, so my next step was obviously to read the book. Unfortunately it fell short of my expectations.

Deep in the stacks of Oxford’s Bodleian Library, young scholar Diana Bishop unwittingly calls up a bewitched alchemical manuscript in the course of her research. Descended from an old and distinguished line of witches, Diana wants nothing to do with sorcery; so after a furtive glance and a few notes, she banishes the book to the stacks. But her discovery sets a fantastical underworld stirring, and a horde of daemons, witches, and vampires soon descends upon the library. Diana has stumbled upon a coveted treasure lost for centuries — and she is the only creature who can break its spell.

The first thing that struck me was the writing style. It didn’t sit well with me as it was clunky and awkward. The more I read, the more this became apparent as it was very descriptive but heavily focused on the room and decor, rather than actually exposing plot or back story. I’m not against having an info dump here and there, but this didn’t convey information so much as it was description for the sake of description, or, in some cases, to show off historical knowledge. This was particularly apparent in the first half of the book because it also coincided with the story’s set up. Once the pace picked up there were fewer such descriptions, making the book easier to read and far more enjoyable.

A second problem I had with this book was the characters: more specifically how they behaved vs their age. Diana is 33 whereas Matthew was 37 before being turned and is now hundreds of years old — yet they behave like impulsive teenagers:

The book’s best feature in this case is the world-building. It’s a new take on the vampire mythos, as well as the magic mythos in general. In A Discovery of Witches by Deborah Harkness, the supernatural and the scientific are not distinct, but rather science is used to understand their world the same way we use it to understand ours. The book is heavy with genetics, biology, and evolutionary science. The premise here is that the three creatures (Witches, Vampires, and Daemons) and Humans are distantly related — the same way we are related to chimpanzees. Beyond that, I found the hierarchy within the supernatural world, as well as within each creature’s world, incredibly fascinating. I look forward to seeing it explored in the rest of the series!
In my years of reading similar books, I’ve rarely come across this blend of magic and science, so I am very excited to see where it goes. If I’m honest, I’ve never quite read a book that has this aspect of evolution when it comes to magical creatures. For this alone, I’d recommend reading A Discovery of Witches.

The second positive aspect is the room for character development that both Matthew and Diana have. For all her faults, Diana doesn’t sit back and accept Matthew’s possessiveness. She challenges him at every turn, and puts her foot down when it’s too much for her — a welcome change from the usual trope. She even goes so far as to call him out on his behavior a few times, or make plans herself without consulting him. Matthew responds to this in a way that leaves me hopeful for later books. I want to see more of that, and I also want to see the two establish a balanced relationship dynamic going forward.

Finally, some of the side characters really stood out to me. The vampires that come in later are a breath of fresh air compared to the main witch coven introduced early on, and some of the characters that come into play at the very end completely captivated me. Each have their own individual personality traits and they all bring something to the book, serving as much more than just a crutch for the main pair.  Each back story that was revealed in bits and pieces only made me want to know more about them. I would go so far as to say I was sometimes more interested in the side characters than I was in Matthew and Diana, especially when they slipped into a will-they-won’t-they phase for part of the book.

Overall I liked A Discovery of Witches by Deborah Harkness has done with the supernatural world. Despite the negative aspects, other elements shine through, making me eager to continue the series.

Editor’s note: This book is not part of the young adult genre. It’s an adult book, and it contains certain themes and scenes that, while not sexually explicit, would not be suited for younger readers.

I didn’t dislike the book as a whole, but the positive features didn’t do enough to balance out the negative ones, so this was a slightly disappointing read for me.