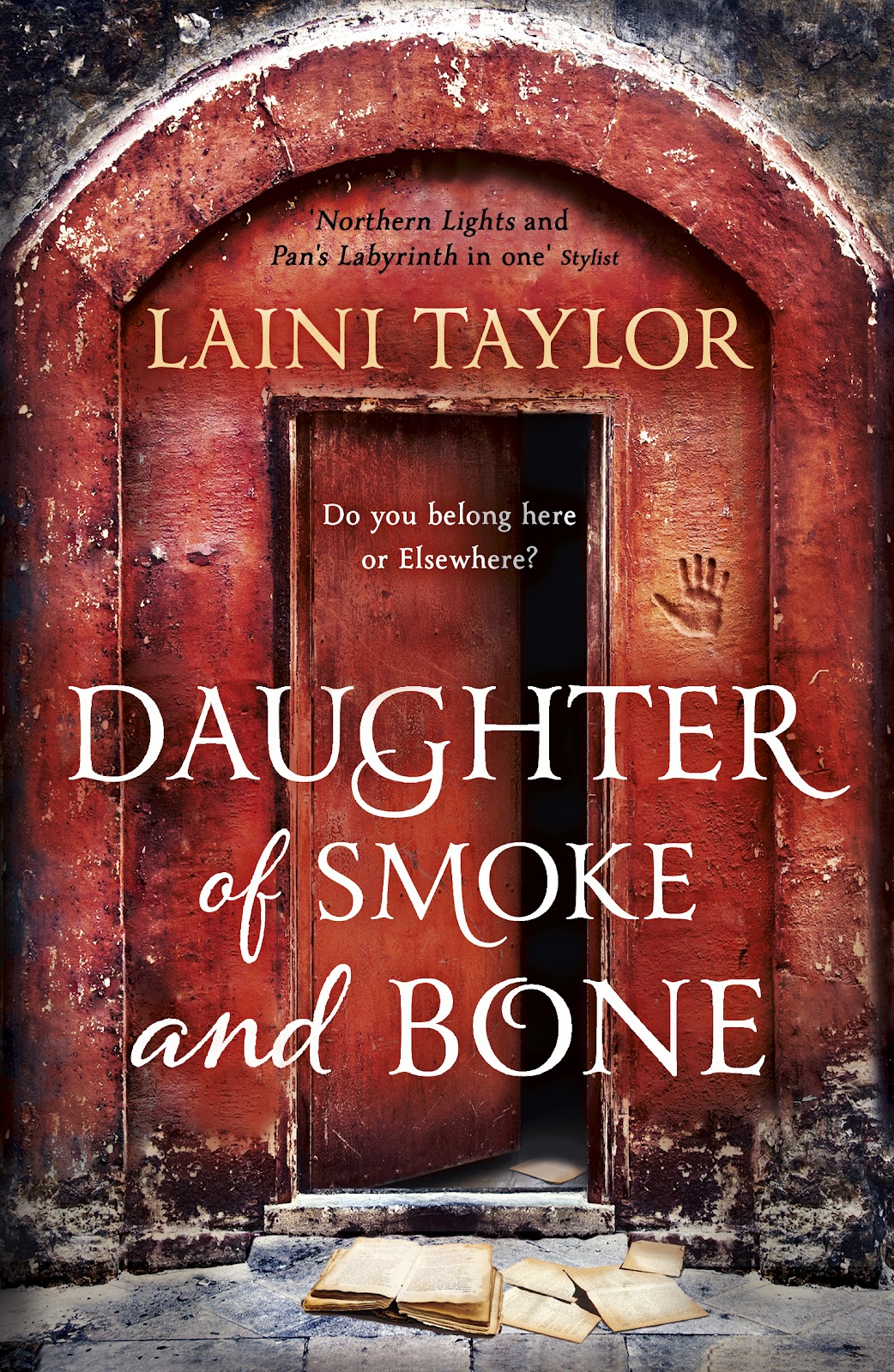 REVIEW: ‘Daughter of Smoke and Bone’ by Laini Taylor

After hearing lots of good things about this book, I decided to give ‘Daughter of Smoke and Bone’ a go.

After hearing lots of good things about this book from the Bookstagram community, I decided to give Daughter of Smoke and Bone a try. Unfortunately, this was one of those rare times when I was disappointed.

The note was on vellum, pierced by the talons of the almost-crow that delivered it. Karou read the message. ‘He never says please,’ she sighed, but she gathered up her things.

When Brimstone called, she always came.

In general, Karou has managed to keep her two lives in balance. On the one hand, she’s a seventeen-year-old art student in Prague; on the other, errand-girl to a monstrous creature who is the closest thing she has to family. Raised half in our world, half in Elsewhere, she has never understood Brimstone’s dark work – buying teeth from hunters and murderers – nor how she came into his keeping. She is a secret even to herself, plagued by the sensation that she isn’t whole.

Now the doors to Elsewhere are closing, and Karou must choose between the safety of her human life and the dangers of a war-ravaged world that may hold the answers she has always sought.

This review will contain some light spoilers of the novel – nothing bluntly revealing, but there will be some strong hints.

From that blurb, this novel sounds pretty interesting. Don’t get me wrong, it started that way. At first, it felt really refreshing – something I’ve never read before – until Akiva, the angel conveniently not mentioned in the blurb. Being truly honest, if he had been mentioned I wouldn’t have bought the book. It would have been far too easy to guess the plot…especially after the sudden influx of angel stories seen around 2010 (*cough* Fallen *cough*). And I would have been right. As soon as the character of Akiva was introduced, I pretty much knew where the story was heading; I was so disappointed about this because it had been great so far, and I imagined much better, more original things to come from it.

That is not to say that the writing wasn’t good. I thought Laini Taylor was a pretty decent author. Alright, it felt a little like an ‘easy-read’, like perhaps it was aimed at younger readers (except for some of the language and themes), but that isn’t always a bad thing. Perhaps I would have liked a little more to get my teeth into, but overall it wasn’t bad. I thought the descriptions were beautiful, and the characters were definitely written well. Karou was brilliant, in all possible ways…I just didn’t really like where she was taken. And the characters from Elsewhere: Brimstone, Yasri, Issa, and Twiga. They were made wonderfully real – despite their unusual appearances.

I loved the ‘Elsewhere’ element of the novel. I thought it was original and beautifully mysterious…until the later half of the novel. This is where my disappointment almost became too much. Something happened, which led to other stuff, and a Big Thing that I had guessed chapters and chapters ago. It was quite a let down to know what was going to happen, when the start of the novel had been so good and I had heard so many great things about it.

Akiva was the beginning of the downward spiral, which just got steeper and steeper as the novel went on. Soon, ‘Karou’ as we know her wasn’t even in the book. We were given flashbacks and histories which whilst relevant, completely disrupted the story we were supposed to be following. Yes, some of it was necessary; but it could have been given in much smaller quantities, so that I felt like I was still reading the same book.
After one particularly disappointing evening of reading, I admit that I put the book down and didn’t pick it up again for a few days. I felt as though I was pushing myself to finish it – I knew what was going to happen and I was just reading things that I wasn’t particularly bothered about, nor did I feel were necessary in Karou’s story.

Daughter of Smoke and Bone, a novel from the point of view of Karou, very quickly became not about Karou. The setting changed, the time changed…even the writing changed a little. It was a book that had great potential but unfortunately, I do not think it matched up to it. I will not be reading the rest of the series after my frustration with the first novel, however I believe there are good reviews of that too.

All in all, try it, and see what you think. If you completely disagree with what I have said, leave a comment and let us know why! On the other hand, if you agree, don’t be afraid to speak up and let your opinion be heard.

Plot: It started of well but went rapidly downhill. Some elements were great, but where it ended up simply disappointed me. It was too obvious.
Writing: Laini Taylor is a good writer. It was a little simplistic and easy, but not badly written. I would happily read a different novel by her as her imagery and characters were very well done.
Characters: They were well written and made realistic. My only problem was with Akiva, simply because I’ve read far too many angel books which are all essentially the same…
Theme: Again, this started off well; it seemed interesting and unique, but it ended up right where I hoped it wouldn’t which became very frustrating.