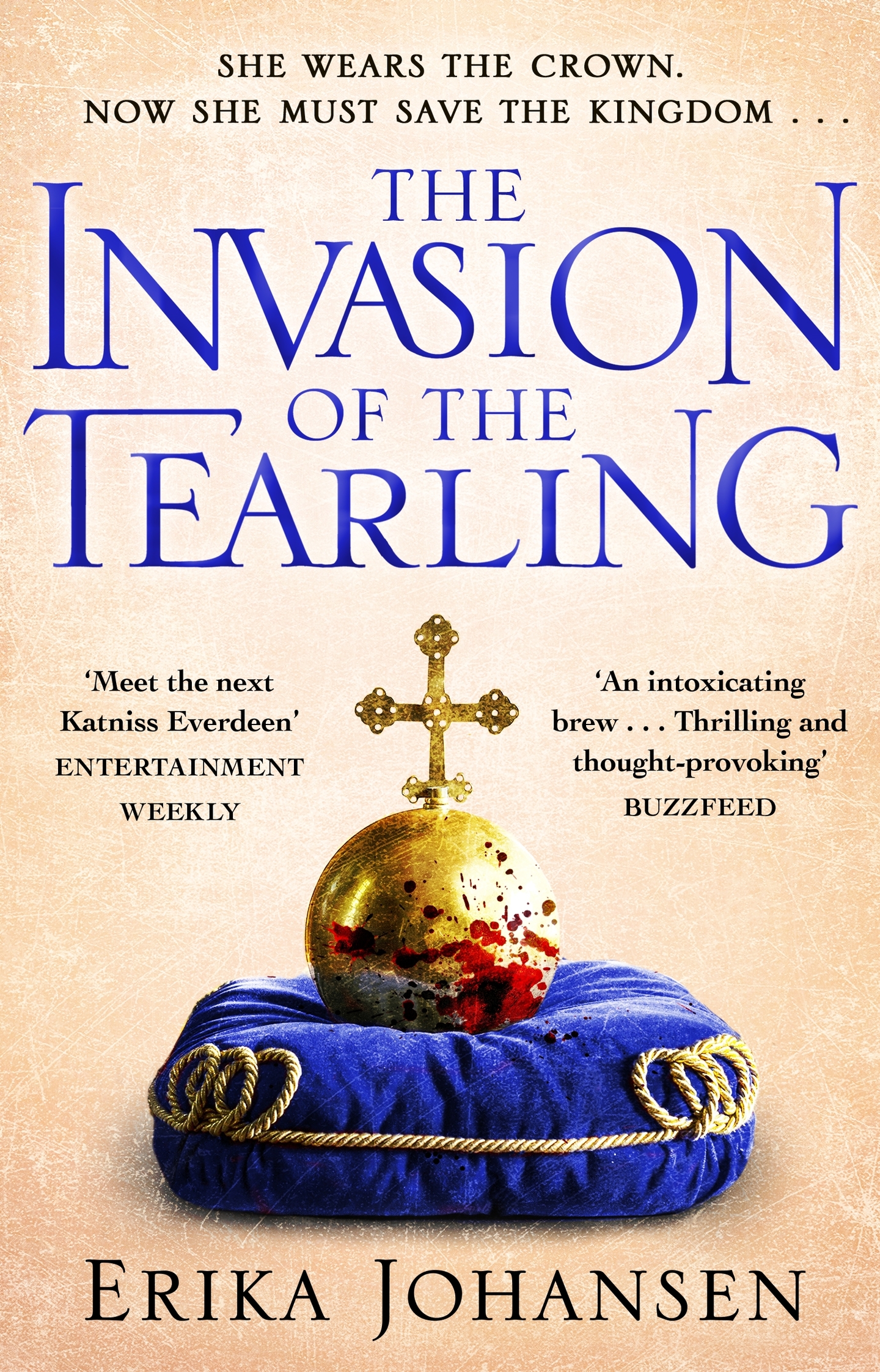 REVIEW: The Invasion of the Tearling ~ Erika Johansen

I loved The Invasion of the Tearling, not quite as much as the first novel, but it still deserves huge praise!

After a brilliant debut novel, I was so excited to read the second novel in Johansen’s trilogy, and although it wasn’t as good it was still thoroughly enjoyable.

Kelsea Glynn is the Queen of the Tearling. Despite her youth, she has quickly asserted herself as a fair, just and powerful ruler.

But power is a double-edged sword. Small actions have grave consequences. In trying to do what is right – halting a vile trade in humankind – Kelsea has defied the Red Queen, who rules through dark magic and the spilling of blood.

Now the Red Queen’s armies are poised to invade the Tearling, and it seems nothing can stop them.

Yet there was a time before the Crossing, and there Kelsea finds a strange and possibly dangerous ally, someone who might hold the key to the fate of the Tearling, and perhaps to Kelsea’s soul. But time is running out…

I love this series. Really, truly love it. It’s one that I can see myself rereading in years to come! That being said, The Invasion of the Tearling, for me, didn’t live up to my expectations. Whilst it was still beautifully written and utterly enjoyable, I found myself disappointed with a few aspects.

Firstly, I didn’t think we saw enough of Kelsea, and when we weren’t with Kelsea, we were with Lily, a woman on pre-Crossing era. Whilst the discoveries made and information provided in her perspective were interesting and clearly necessary, I felt too much time was spent with her. It felt as though the genre of the novel was changing – don’t get me wrong, I love the multiple-genre aspect of the series – a little too much. Sometimes I felt as though Lily was simply a device to give the readers answers, and perhaps for Johansen to try out a slightly different genre. Towards the end, I liked Lily’s perspective for the way all sorts of loose ends came together, but prior to this she was a bit of a nuisance, cropping up when all I wanted to read about was Kelsea.

However, other perspectives we were given included Aisa, a child of Andalie, as well as Bermond, Hall, Father Tyler, and the Mace. These were all written in brilliantly as Johansen can neatly switch from one view to another without confusing the reader or dedicating whole chapters to a perspective that is not the main character’s. I applaud Johansen on this, as I have not often seen it done well.

I am in love with the time period the novel is set in – a kingdom of the future! Amazing! It’s so different and unusual, what’s not to love? I’m also desperate for answers, even more so now we’re into the second book. Luckily for me, the third and final novel The Fate of the Tearling is already out in hardback, to be released in paperback in June (all my novels are in paperback so far…do I wait or give in to temptation?!).

I easily devoured this book. Johansen has a beautiful writing style and knows exactly how to develop her characters. She has built up back stories for each of them, giving us little details here and there that work to round out the story even more. She is clearly very talented and I cannot wait to read the last novel of the trilogy – and any future novels she may write.

There is little else to say – a good novel, a great author, a desperation to read the final book! I urge you to pick up this series if you haven’t already. It’s truly a stunner.

The only thing that really let the novel down for me was the excessive involvement of Lily and therefore the change of genre I felt went a little too far. Other than that it was another huge success for Erika Johansen!

Related:
Erika Johansen • The Queen of the Tearling • ya