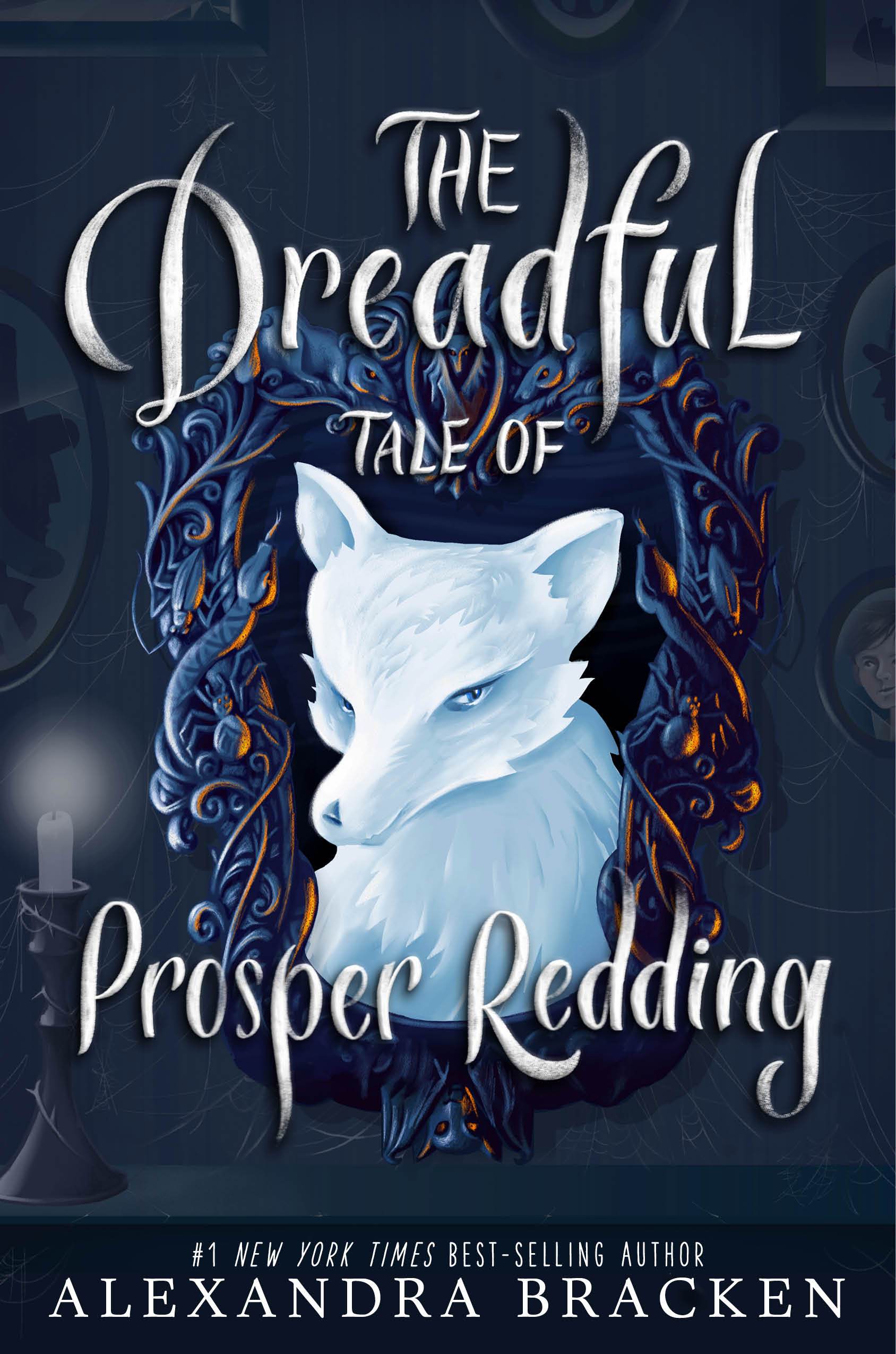 REVIEW: The Dreadful Tale of Prosper Redding by Alexandra Bracken

The Dreadful Tale of Prosper Redding is a fun-filled, Halloween-themed story that’s sure to entertain readers.

With THE DREADFUL TALE OF PROSPER REDDING, Alexandra Bracken departs from her usual style of dark, hard-hitting writing seen in THE DARKEST MINDS and PASSENGER to showcase a fun-filled Halloween-themed story that’s sure to entertain readers.

Thanks to Disney Book Group for supplying an e-galley of The Dreadful Tale of Prosper Redding in exchange for an honest review.

Prosper is the only unexceptional Redding in his old and storied family history — that is, until he discovers the demon living inside him. Turns out Prosper’s great-great-great-great-great-something grandfather made — and then broke — a contract with a malefactor, a demon who exchanges fortune for eternal servitude. And, weirdly enough, four-thousand-year-old Alastor isn’t exactly the forgiving type.

The fiend has reawakened with one purpose — to destroy the family whose success he ensured and who then betrayed him. With only days to break the curse and banish Alastor back to the demon realm, Prosper is playing unwilling host to the fiend, who delights in tormenting him with nasty insults and constant attempts trick him into a contract. Yeah, Prosper will take his future without a side of eternal servitude, thanks.

Little does Prosper know, the malefactor’s control over his body grows stronger with each passing night, and there’s a lot Alastor isn’t telling his dim-witted (but admittedly strong-willed) human host.

From #1 New York Times best-selling author Alexandra Bracken comes a tale of betrayal and revenge, of old hurts passed down from generation to generation. Can you ever fully right a wrong, ever truly escape your history? Or will Prosper and Alastor be doomed to repeat it?

From the opening “Word from the Malefactor”, the stage is set—THE DREADFUL TALE OF PROSPER REDDING is going to be unlike anything that Alexandra Bracken has published before.

As is the custom for middle-grade books, PROSPER REDDING is filled with a lot of just off-the-wall fun stuff, from a cat with bat wings confusingly named Toad, to a haunted house with screaming ghosts and fake blood, to uh-oh-the-demon-inhabiting-my-body-is-making-me-run-really-fast-and-I-just-broke-that-kid’s-ankle. Add all of that to a Halloween-time setting and Alex has clicked into a story that’s going to resonate so easily with kids, as well as teens and adults with fond memories of movies like Halloweentown and Hocus Pocus.

Throughout the book, the setting plays as much of a role as any of the characters, and it’s one which instantly sucks you in. Redhood isn’t just another suburban American town, it’s a town steeped in history and run by a family that shares said history. Add to this the fact that the book takes place during Halloween, and it’s clear from the beginning that the book is going to be a treat.

Another staple of Alexandra Bracken’s writing is her casts of characters. They were the defining core of both The Darkest Minds and Passenger series’, and things are the same with PROSPER REDDING; readers are going to very easily connect with the charming cast. Each character is completely themselves, from the main cast to the delightfully entertaining side-cast. Prosper is a wholly original, witty, and clever main character, while Nell perfectly compliments him and brings her own unique side to the story. Alastor, the malefactor inhabiting Prosper’s body, is hilarious and surprisingly complex by the end.

It’s difficult to find any true negatives to this book. When looking at it as a whole, it’s clear that it’s not a story designed to cut deep or make for any deep thoughts–at the end of the day, it’s a middle-grade book that’s more surface than anything else. Personally, I don’t see that this detracts in any way. It’s a purely enjoyable book that has a lot more positives going for it than negatives, and that readers will undoubtedly find wildly entertaining.

By the end, in typical Bracken fashion, revelations are brought to (candle)light and we’re left both immensely satisfied with how this book has been wrapped up, while also infuriatingly eager for the sequel.

> Plot
Fun and fast paced, not as deep-thinking as Bracken’s YA books, but enjoyable all the same.
> Writing
As is standard for Alexandra Bracken, the writing is one of the strongest points of the book.
> Characters
A fun cast of characters with their own unique additions to the world.
> Theme
Themes of family and friendship throughout.