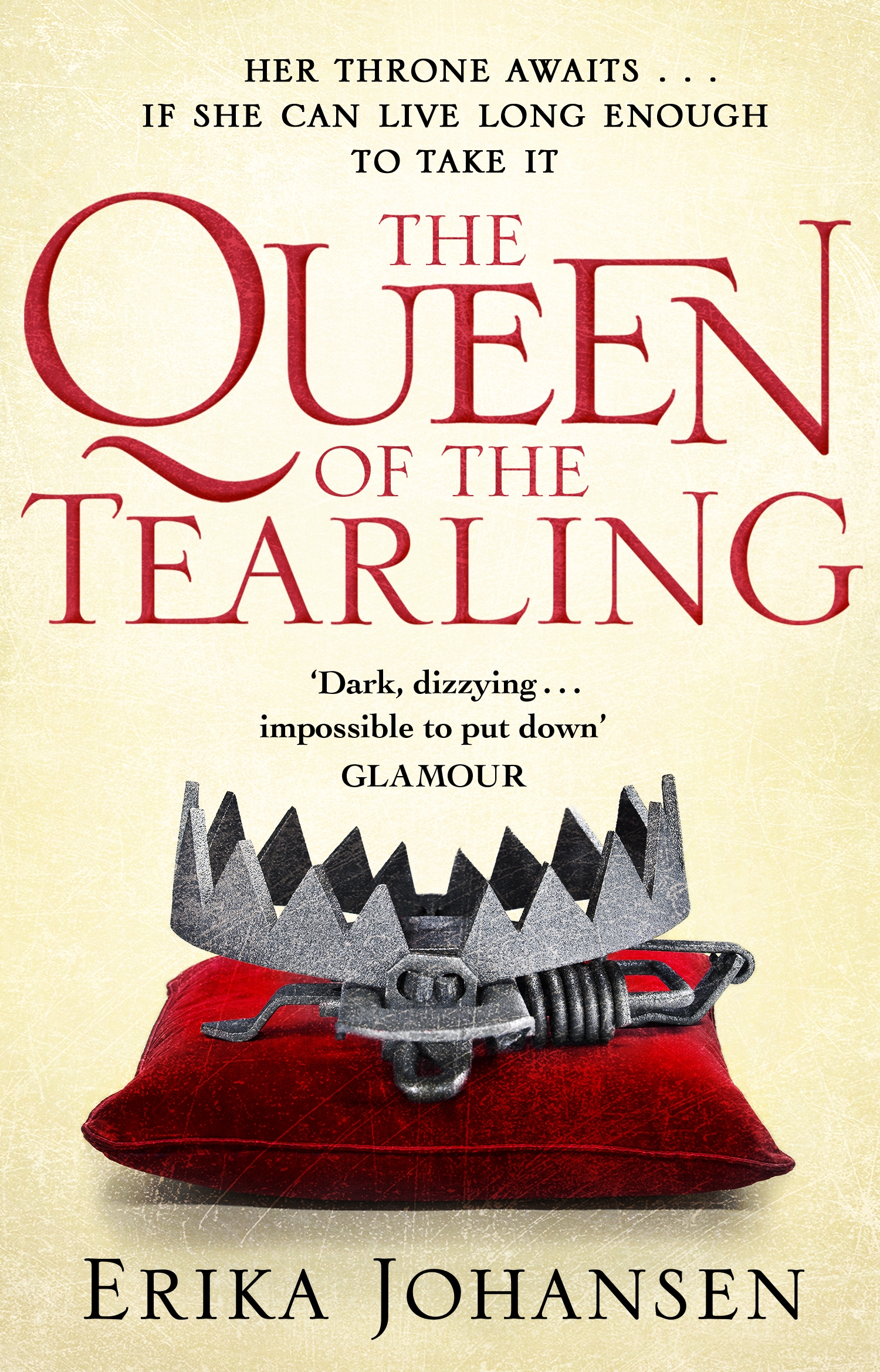 'The Queen of the Tearling' by Erika Johansen (Bantam)

REVIEW: ‘The Queen of the Tearling’ by Erika Johansen

Erika Johansen’s debut novel, The Queen of the Tearling, is simply stunning in all possible ways. From plot to characters, she’s nailed it.

It was on her nineteenth birthday that the soldiers came for Kelsea Glynn.

They came to escort her back to the place of her birth – and to ensure she survives long enough to take possession of what is rightfully hers.

But like many nineteen-year-olds, Kelsea is unruly, has high principles and believes she knows better than her elders.

Unlike most nineteen-year-olds, she is about to inherit a kingdom that is on its knees – corrupt, debauched and very dangerous.

Kelsea will either become the most fearsome ruler the kingdom has ever known…or be dead within the week.

I cannot stress enough that this blurb does not do the book justice. If you’re anything like my and have a hard time with blurbs, then you may read this one and think there’s nothing special there. It sounds pretty much like every other kingdom-themed YA book. But oh, how wrong I was with this one.

I went in hoping for wonderful things, but preparing myself for a predictable plot and typical characters. Nope. The Queen of the Tearling stands out in a sea of typical plots. It was not what I expected and I was incredibly pleasantly surprised. I absolutely loved the novel, from start to finish – I devoured all 488 pages in just four days and already I want more. Luckily the second novel in the trilogy The Invasion of the Tearling is already out! Now to get my hands on it.

Johansen’s writing is breathtaking. I found the world she created to be vivid and beautiful, and truly devastating when it needed to be. She has created something so lifelike it wouldn’t be a surprise if you opened your door one morning and there was the Tearling rolling out in front of you.

The characters are also written incredibly well. Each of them is so unique, with even the best of the best having imperfections. Johansen makes them human, a feat I believe is not always done well.

Kelsea, our main character, goes through huge character development that she is conscious of. She is determined to be a better person which I think is something rarely seen, but wonderful. She is also different from many other heroines in that she is not beautiful, or incredibly intelligent, or hugely powerful. She is normal and I’m not saying that in the stereotypical YA version of “she’s just a normal girl who happens to be a princess”. Yes, she’s heir to a throne and she’s known that all her life. But her appearance, her upbringing, and her attitudes make her the most realistic and perhaps one of the best heroines I’ve had the pleasure to meet.

The Queen of the Tearling has a beautiful sense of justice, in all its moral forms, running through it. As ruler, Kelsea has to make some pretty tough decisions and face the consequences of them. But her moral compass never wavers; she has a brilliant sense of right and wrong.

I urge anyone with a taste for fantasy to pick up this book. Don’t be put off by the blurb because this novel is incredible, and deserves thousands of more readers.

Almost a 5-star review! I only put a couple of areas down because I want to see how Johansen develops in the following novel. But this book has quickly become a favourite of mine – I see lots of rereads in the future!

Related:
Erika Johansen • The Queen of the Tearling • ya