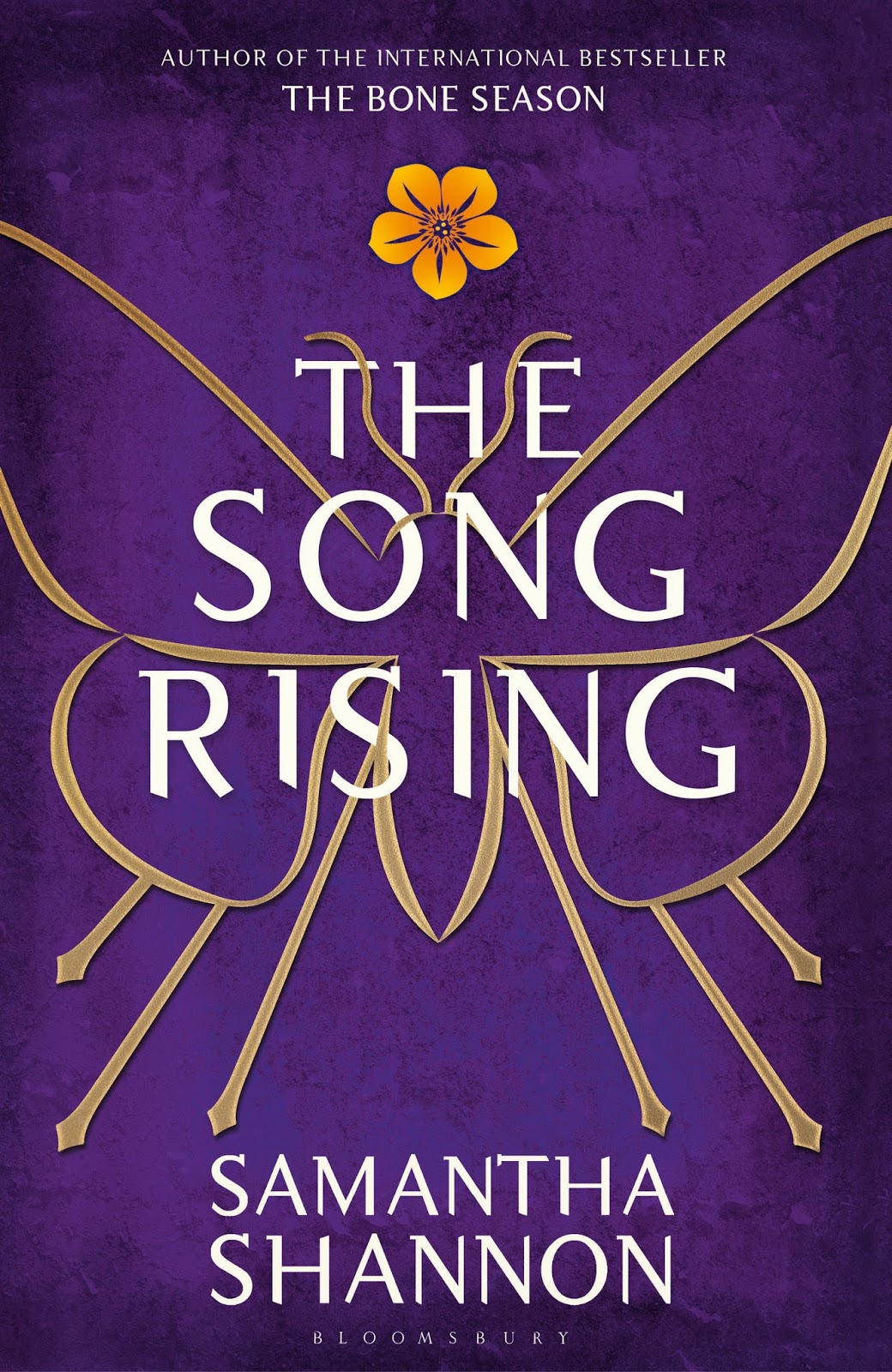 In yet another beautifully written novel, Samantha Shannon develops Paige’s story, and only leaves us wanting more.

I have been waiting for The Song Rising for so long, and now that I finally have, it was definitely worth the wait.

Following a bloody battle against foes on every side, Paige Mahoney has risen to the dangerous position of Underqueen, ruling over London’s criminal population.

But, having turned her back on Jaxon Hall and with vengeful enemies still at large, the task of stabilising the fractured underworld has never seemed so challenging.

Little does Paige know that her reign may be cut short by the introduction of Senshield, a deadly technology that spells doom for the clairvoyant community and the world as they know it…

The Song Rising is quite different from the previous two novels in the series. It suddenly makes the story a lot bigger – it involves the whole country now, rather than just Paige’s close-knit circle of friends and the clairvoyant syndicate of Scion London. It is easy to see why Shannon has been given the go-ahead for a seven-book series – the story can keep going and going; and the long series allows for a realistic time frame.

Shannon visits new cities in this novel. Manchester and Edinburgh are brought in and, although they are not as detailed or recognisable in their descriptions (as London  is), it is a refreshing change. It beautifully serves to show the scope of the revolution Paige is spearheading.

The characters in this novel are also expanded – not just in number but each individual that has been with us since the beginning has been enhanced. More layers have been added to their personalities. They are becoming more and more complex and with that, more and more real. I love how Shannon creates such realistic characters, and successfully shows them developing, for better or worse.

I found myself confused in some places of the novel. Sometimes things moved too fast, or sentences were worded slightly oddly. This was a little disappointing given the monumental success of the previous novels, however it does not stop the story from being just as wonderful.

With incredible detail having been put into small things – such as the Scuttlers of Manchester, or the torture methods of the Archon, Samantha Shannon has created a hugely vivid novel. I admire her for this. The amount of research and thought she has put into this series is astonishing.- and incredibly inspiring.

I am completely in love with this series, and I will be with it until the very end (and beyond). If you haven’t picked up The Song Rising yet, do so. You won’t regret it and you’ll only thirst for the next one. Fingers crossed we won’t have to wait another two years!

This novel was stunning to me. Since finishing it I’ve found it hard to push myself into reading something else because it was that good.
Having said that I was a little disappointed with the writing in some places, hence the lower marks here.

Overall it was incredibly enjoyable and I can’t wait for the next in the series.