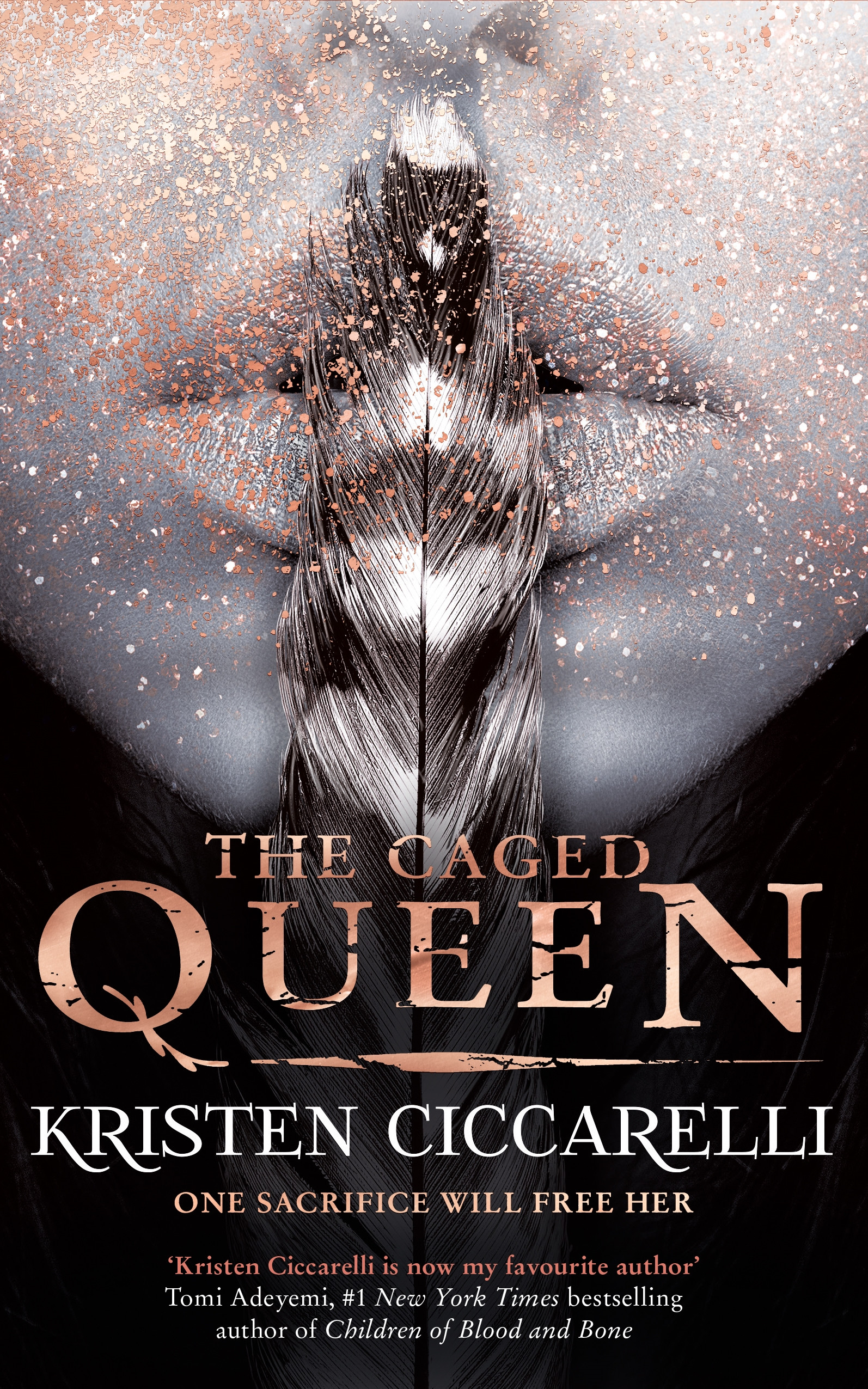 REVIEW: ‘The Caged Queen’ by Kristen Ciccarelli lacks the punch of its predecessor

The novel promises strong themes but fails to deliver on its main character.

After reading The Last Namsara last year, I was looking forward to another captivating tale by Kriten Ciccarelli. Unfortunately, The Caged Queen isn’t it.

Roa and her sister Essie were born with a bond so strong that it forged them together forever. It was a magic they cherished — until the terrible day Essie died and her soul was trapped in this world.

Dax, the heir to the throne of Firgaard, was responsible. Roa swore she would never forgive him — yet when he came begging her for help to dethrone his cruel father, Roa made him a deal. She’d give him the army he needed if he made her queen.

Now, even after everything she has sacrificed, Dax’s promises go unfulfilled. Roa’s people still suffer.

Then a chance to right every wrong arises — an opportunity for Roa to rid herself of this enemy king and rescue her beloved sister. During the Relinquishing, when the spirits of the dead are said to return, Roa can reclaim her sister for good.

All she has to do is kill the king…

The Caged Queen isn’t really a sequel to The Last Namsara in the traditional sense. The timeline follows on, but the story has moved away from Asha and Torwin to Roa — Asha’s sister-in-law.

The things that made The Last Namsara so good have been stripped away in this novel. The dragons are gone, along with the clever writing that stopped you from guessing the twists of the plot. Instead, The Caged Queen gives us an easily-guessable story from the point of view of an incredibly frustrating character.

Despite this, one of the things I loved about the book was its portrayal of a sibling relationship. Being an only child myself, I can’t comment on the accuracy of this portrayal, but I can comment on its emotional rawness. Roa and Essie are twins, desperately clinging on to one another even though one of them is dead. Their deep connection and love for each other is incredibly powerful, and there are moments that really tug on your heartstrings.

It was refreshing to read about a nature-defying love between siblings. It reminds the reader that relationships can take on multiple forms and can be equally as strong as — if not stronger than — romantic relationships. I think this is a particularly good message to send to a Young Adult audience.

Another positive of the novel was its short chapters, which hearken back to the first instalment in the series. The short and snappy scenes kept me reading and kept up the pace of the plot, especially towards the height of the action.

However, I really didn’t get along with Roa. In The Last Namsara, she seemed clever and cunning — she was an enemy in Asha’s eyes, and that left her with an aura of danger that could have been nicely explored. Instead, Roa became arrogant and foolish in this book. In the beginning, I didn’t have a problem with this, but when the character development got delayed to the point I wondered whether it would happen at all, I really started to question Ciccarelli.

Roa suffers from a severe lack of communication. I could see exactly where the novel was going: I’d predicted both Roa’s actions and the actions of everyone else. There was no diversion from this path, and I watched, helplessly, as Roa made bad decision after bad decision, getting more and more frustrating in the process.

Overall, I think the main elements to be explored were missed. What was happening to Asha and Torwin? Why couldn’t Roa just speak to someone — anyone — and realise how foolish she was being? And where, oh where, were the dragons?

Plot: Dramatic albeit guessable. The points of action got exciting but I was disappointed that I saw everything coming.

Characters: Only Roa was particularly focussed on, and without giving much attention to the others this made for a frustrating read.

Writing: Good in some scenes but lacked the subtleties that makes a story fully fleshed out.

Theme/Message: Missing the exciting theme of the first novel, but the book still sends a good message to YA readers about relationships.