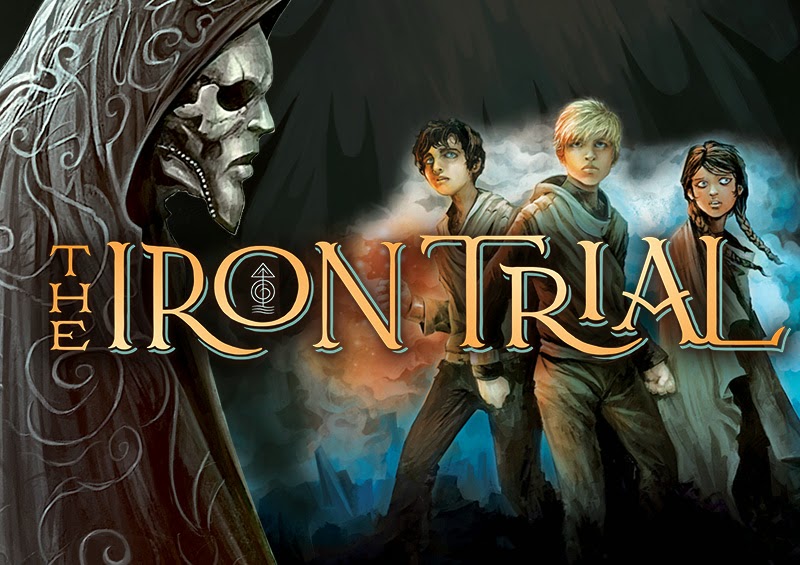 REVIEW: The Iron Trial by Holly Black and Cassandra Clare

Take a teaspoon of Harry Potter, a sprinkle of Percy Jackson, some bewildering characters and a twist to the maximum. What do you get when you mix all of these? The Iron Trial, a quick and easy read. Ok, so I better stop with the rhyming. The Iron Trial by Cassandra Clare and Holly Black would […]

Take a teaspoon of Harry Potter, a sprinkle of Percy Jackson, some bewildering characters and a twist to the maximum. What do you get when you mix all of these? The Iron Trial, a quick and easy read.

Ok, so I better stop with the rhyming. The Iron Trial by Cassandra Clare and Holly Black would have to have been one of my most anticipated reads of the year. And let me tell you, I was not disappointed.

Most kids would do anything to pass the Iron Trial.

Not Callum Hunt. He wants to fail.

All his life, Call has been warned by his father to stay away from magic. If he succeeds at the Iron Trial and is admitted into the Magisterium, he is sure it can only mean bad things for him.

So he tries his best to do his worst – and fails at failing.

Now the Magisterium awaits him. It’s a place that’s both sensational and sinister, with dark ties to his past and a twisty path to his future.

The Iron Trial is just the beginning, for the biggest test is still to come . . .

From the remarkable imaginations of bestselling authors Holly Black and Cassandra Clare comes a heart-stopping, mind-blowing, pulse-pounding plunge into the magical unknown.

Firstly, I want to get one thing straight:

THIS BOOK IS NOT A RIP OFF OF HARRY POTTER

Just because it is about a kid who goes to magic school doesn’t mean it is ‘Just like Harry Potter‘.

Sure, Black and Clare would have got some inspiration from Rowling’s work,  but that does not mean they are simply re-writing it.

If you have read this book, then you’ll know what I mean, The Iron Trial is very different from Harry Potter.

So if you have been turned off of this book because you think it is too similar to Harry Potter, please reconsider and give this book a go. I am telling you, it is a worthwhile read. This series is going places.

Now that’s out of the way, let’s get onto the review:

This book was written so well. It had the feel of Harry Potter and Percy Jackson, but it was completely different in plot. You could definitely see the inspiration for this book shining through the pages yet it sustained originality throughout it. I really can’t fund much to fault in the plot of this book. It seemed to move at a perfect pace, sustain emotion and create stunning imagery. That’s all I have to say for plot.

The characters in this book, for me, were very well constructed. They were all individually perfect and none of them seemed to be similar to another! They all had their own way of thinking and the way they have been created causes us to think they will react in one way but end up reacting in another. Their development of characters throughout the story was gradual and quite evident at times. But at other times, they subtly develop without us noticing and then BAM, wow they are so different than they were in the beginning!

Because this book was a collaboration, we get the best of both authors writing styles. To be honest though, I saw more Black than Clare in this book, but there was still some of Cassandra Clare’s writing style evident. World building was also present in this book, as it is in most first books in a series, and while some people thought it was a bit too straining, I thought it was interesting and unique!

So, to sum up, if you have not read this book, you really should, I can promise you it will be worth it. So give it a go! It’s not too long and it’s an easy read, so go pick it up and I promise you’ll be pleased.

There I go rhyming again…