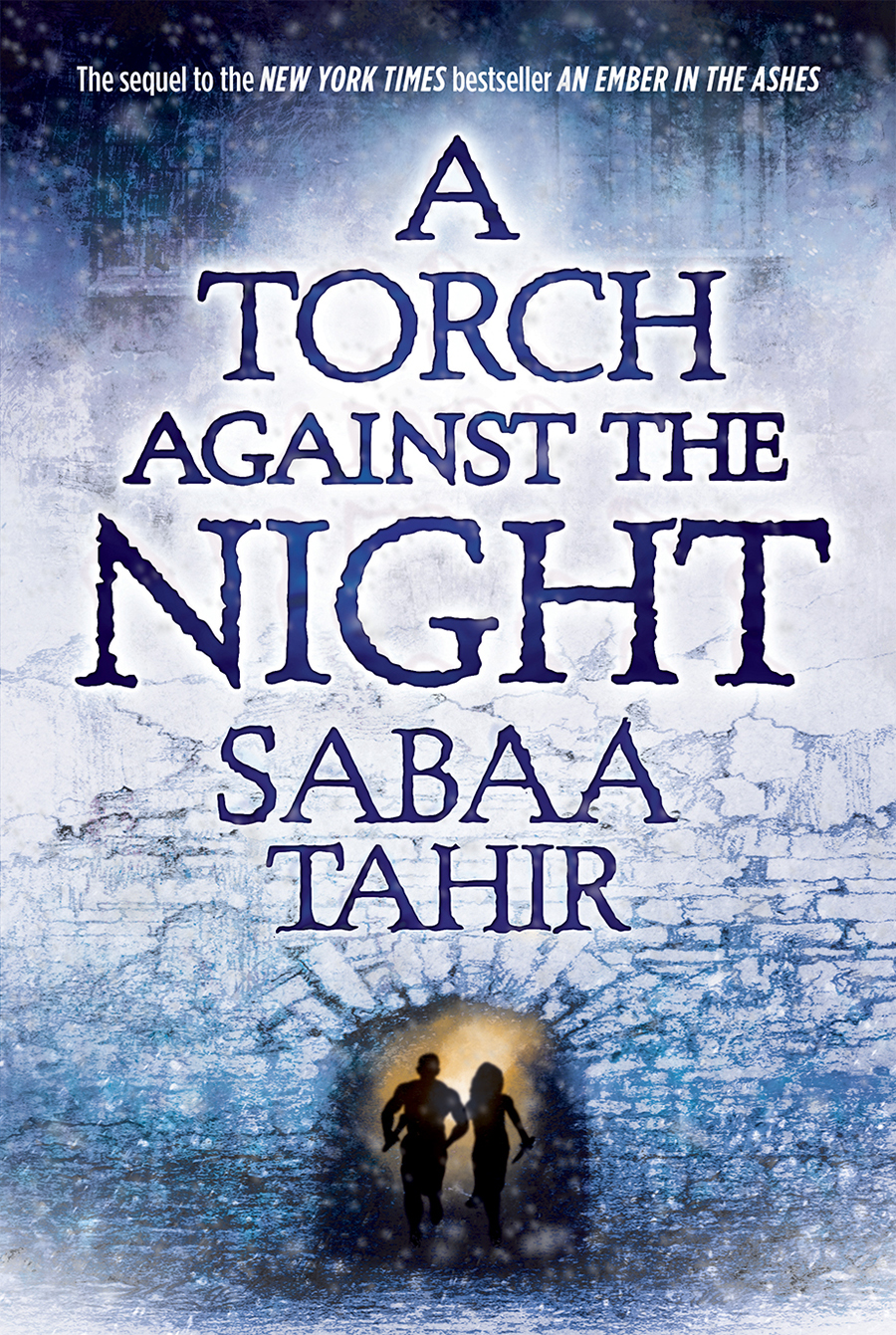 REVIEW: ‘A Torch Against the Night’ by Sabaa Tahir (Spoilers)

We finally got around to reading ‘A Torch Against the Night’ and it does NOT disappoint!

After what seems like forever, we finally have the book! A Torch Against the Night is thrilling, exciting and will keep you on your toes from beginning to end.

After the events of the Fourth Trial, Martial soldiers hunt the two fugitives as they flee the city of Serra and undertake a perilous journey through the heart of the Empire.

Laia is determined to break into Kauf—the Empire’s most secure and dangerous prison—to save her brother, who is the key to the Scholars’ survival. And Elias is determined to help Laia succeed, even if it means giving up his last chance at freedom.

But dark forces, human and otherworldly, work against Laia and Elias. The pair must fight every step of the way to outsmart their enemies: the bloodthirsty Emperor Marcus, the merciless Commandant, the sadistic Warden of Kauf, and, most heartbreaking of all, Helene—Elias’s former friend and the Empire’s newest Blood Shrike.

Bound to Marcus’s will, Helene faces a torturous mission of her own—one that might destroy her: find the traitor Elias Veturius and the Scholar slave who helped him escape…and kill them both.

There will be spoilers ahead, so if you haven’t read the book, read at your own risk!

The book jumps right into the action, starting where we left off in Ember, with Laia and Elias are running for their lives following the Fourth Trial. The thing about Torch is that we get to experience new places and people. We’re introduced to new settings, most notably Kauf Prison. On top of that, we meet a lot of new characters. What I enjoyed the most were the tribes and especially Mamie Rila — I absolutely adore her!

The big surprise here is that besides Laia’s and Elias’s points of view, we get Helene’s who is now Blood Shrike.  Thanks to this, we get a unique perspective into what’s happening with the Commandant and the Emperor. Even more interesting is our insight into how her pursuit of Elias affects her.

Part of this plays into the wonderful character development. The characters all grow, especially Laia and Helene. Laia has to take the lead in their travels as Elias has an encounter with the Commandant that bring bad consequences.  As for Helene, all I can say is, poor Helene! I always liked her character as she was always strong and focused. Tahir was especially rough on her on this book.  She goes through A LOT!  Not only does she lose Elias, but so much more is taken away from her. And yet she never misses her perspective. She believes it’s all for the greater good. As Cain says to her:

Most people are nothing but glimmers in the great darkness of time. But you Helen Aquilla, are a torch against the night, if you dare to let yourself burn.

Oh, and we get more of Elias’s backstory (yes please!!!) That’s always good.

But what I enjoyed the most about this book is how easy it is to get back into the world. It’s like you almost forget that it’s been a year since you read Ember, but it doesn’t make a difference.

The only thing that I didn’t like was the love triangle. Laia goes back and forth between Elias and Keenan. One minute she’s with Elias, the next she’s with Keenan. Make up your mind, lady! It feels like she has to be with someone all the time.

All in all I would recommend this book to everyone! It’s a more darker kind of YA. I just don’t know how I’m going to wait a year for Book Three?

This Adventure Ends delivers a strong plot, although some parts I didn’t find were necessary to tell the story. Emma Mills perfectly captures the beauty behind friendships and family through her writing, and the dialogue is perfection! This is definitely a character driven story, and all of them are easy to fall in love with. Their love for one another showcases the importance of showing the ones we care about how much we love them.