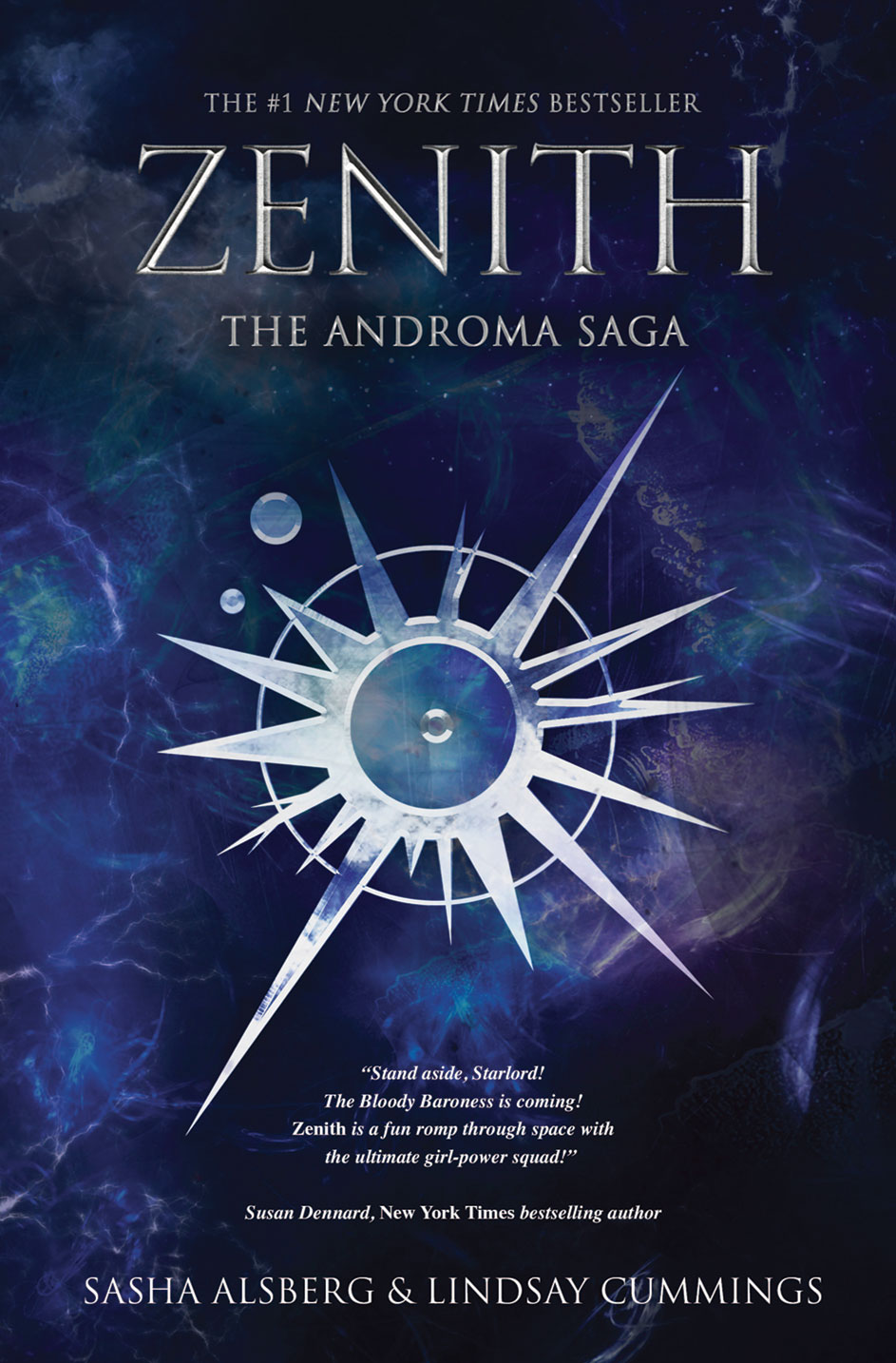 With an epic plot and a close-knit crew of awesome space pirates, Zenith more than surpasses its immense hype.

A lot of hype has built up around the release of Zenith–and rightly so. Originally intended to be released in instalments, and already holding a New York Times Bestseller title, fans have been eagerly waiting for the epic sci-fi romp to finally release.

Official Description
Most know Androma Racella as the Bloody Baroness, a powerful mercenary whose reign of terror stretches across the Mirabel Galaxy. To those aboard her glass starship, Marauder, however, she’s just Andi, their friend and fearless leader.

But when a routine mission goes awry, the Marauder‘s all-girl crew is tested as they find themselves in a treacherous situation and at the mercy of a sadistic bounty hunter from Andi’s past.

Meanwhile, across the galaxy, a ruthless ruler waits in the shadows of the planet Xen Ptera, biding her time to exact revenge for the destruction of her people. The pieces of her deadly plan are about to fall into place, unleashing a plot that will tear Mirabel in two.

Andi and her crew embark on a dangerous, soul-testing journey that could restore order to their shipor just as easily start a war that will devour worlds. As the Marauder hurtles toward the unknown, and Mirabel hangs in the balance, the only certainty is that in a galaxy run on lies and illusion, no one can be trusted.

One thing that had me slightly worried going into this book was how the plot was going to work. Knowing that the original plans were to have the book released in parts, each of which I imagine was going to have their own self-contained plots, led to concerns of a stuttering plot; or, a series of mini-plots stitched together, more like an episodic narrative than an overarching one. Thankfully, over half-way through the book, I realised that my fears were pointless. While the narrative does build up towards a couple of big moments that I assume would have been break points in the original release, they didn’t feel like endings.

From early on, the novel establishes that there are going to be a few different plots branching off from the central one. Primarily we follow Andi as she and her crew take on a job to rescue a political prisoner, but we also get to see what’s going on in other parts of the galaxy with the ruler of a crumbling planet. It’s in those chapters where I found the novel to really lay the foundations for big things to come. Throughout everyone’s perspectives, little clues are peppered for some of the developments which lead to Zenith‘s epic finale.

One of the main focus points leading up to Zenith‘s release has been the band of characters. Promoted heavily as having a tight-knit crew of all-female space pirates, when you finally jump aboard the Marauder, you’re probably not going to be disappointed. While the narrative falls primarily on Andi, the captain, and Lira, her second, each of the four members of the crew fulfil a role. Their closeness, however, doesn’t mean that tensions don’t run high throughout the novel. There are more than a few moments throughout when our crew have their friendships tested, all of which adds to the truly authentic feel of the cast of characters.

Also, Alfie. Alfie is one of the highlights of the book, but I can’t say much more on that!

Finally, a personal favourite aspect of the book was the different settings used throughout. It’s clear that Sasha and Lindsay have gone to lengths to really detail the Mirabel Galaxy, and though we only get to see a handful of locations, they all have their own distinct feel to them. From the Dark Matter Pub to the lush landscape of Averia, the settings of Zenith all hold their own while never overshadowing the more important aspects, such as the character development or the plot.

Overall, it was going to be a daunting task to come through on a lot of the expectations for this novel. From a popular BookTuber and an established author, Zenith already had a New York Times Bestseller title attached to it even before being picked up by Harlequin Teen. Through an interesting plot of intertwining narratives, an assortment of unique and distinct characters, and a binge-worthy action-filled plot, I’d say that Sasha Alsberg and Lindsay Cummings have proven to be more than up to the task of living up to the hype.

Thanks to HQ for supplying an e-arc of this book in exchange for an honest review.

It's worthy of the hype

– Plot: A fast-paced, binge-worthy, action-packed romp through space.
– Writing: Having two authors could have been a stumbling block, but there aren’t any real problems with the writing. A few exceptionally written scenes throughout.
– Theme: Themes of family and friendship run throughout, as well as considerations of past failings and character redemptions.
– Characters: Possibly the biggest selling point of the book, and for good reason. The way that the ragtag crew interact is worth the price alone.