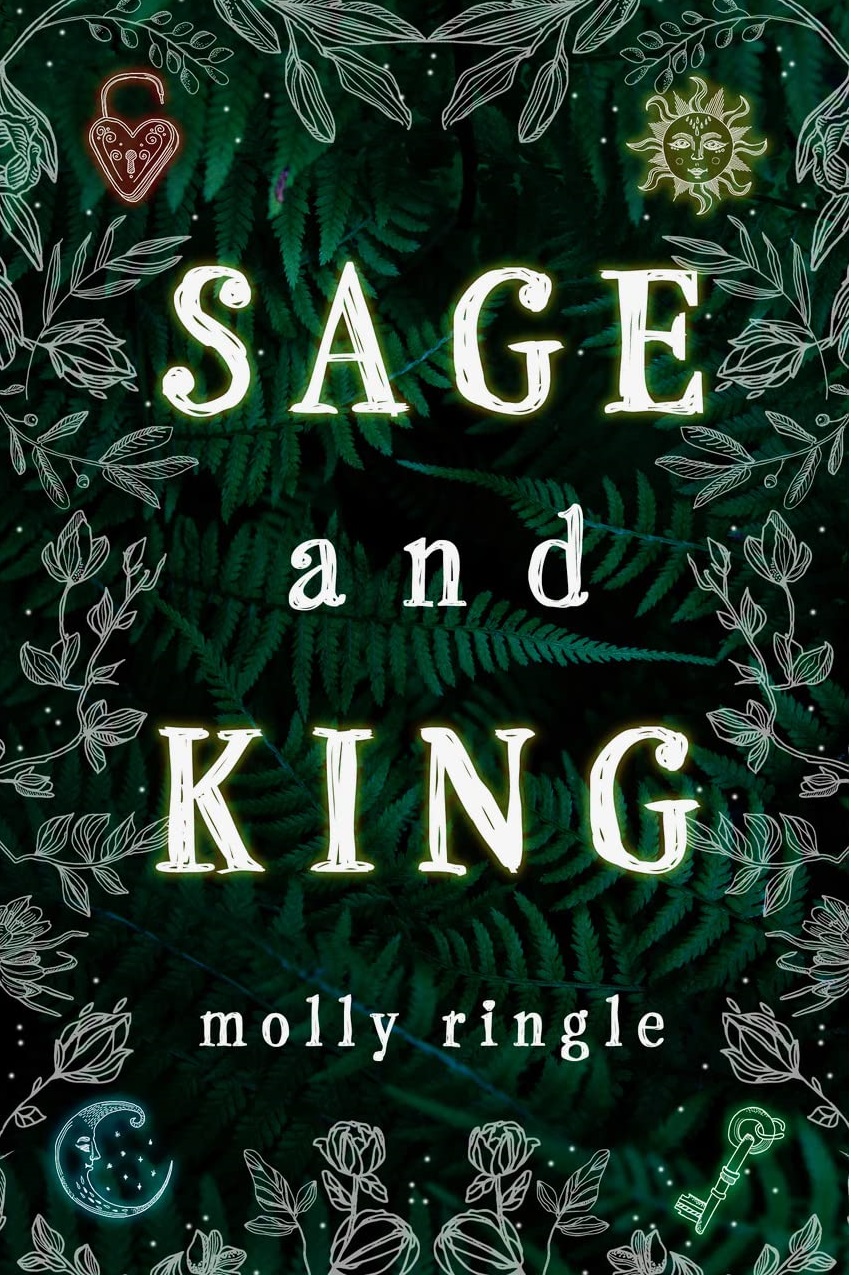 REVIEW: ‘Sage and King’ by Molly Ringle took me on the sweetest ride

Zaya’s journey of coming to terms with magic and facing his destiny makes for a beautiful tale.

Laying out a plot, developing characters, and captivating your readers all in 206 pages is a tough ask, but Sage and King by Molly Ringle pulls it off!

Zaya expected to be the irresponsible youngest prince his whole life. But when his two older siblings are killed by an unidentified magician, he finds himself crowned king of Lushrain — the end of his liberty as he knows it. As part of his training, he’s sent to Heartwood for a month, the house of the sages high in the mountains. There, to his shock, the sages tell him he must learn about magic — which is illegal to practice, but has nonetheless been among Heartwood’s secret studies for centuries.

They assign Col as his tutor, a charming young sage with unusually strong powers. Zaya abhors and distrusts magic, and Col absolutely doesn’t want the job of attempting to change the king’s mind. But in their lessons and debates, they grow closer and begin envisioning a future in which a sage and a king might make a harmonious couple.

But the assassin still roams, seeking to hurt Zaya, and the budding love affair may be crushed by the secrets that Heartwood — and Col — have kept about this killer.

At 28, Zaya never expected to be king, so to also learn that magic is alive and well despite laws forbidding it, becomes overwhelming. However, this doesn’t stop him from doing the best he can throughout the novel. The more time he spends with Col, the more he understands the magicians’ plight and he resolves to help. His character arc was remarkable. His acceptance of magic wasn’t rushed, despite the romantic subplot, and it’s particularly challenged when he has to face the fact that magicians aren’t all good or all bad. It’s a constant journey to better himself that ends with him being a stronger character for it.

Col was also a delightful character. Measured but deeply passionate about the magicians’ cause, he challenges Zaya at every turn while the two grow closer. Unlike Zaya, his character didn’t have a profound arc, which I appreciated because of the book’s shorter length.

A note on their romance. In this world, there is no homophobia and that was refreshing. Col is bisexual, with a preference for men whereas Zaya is gay, and neither is ever challenged for what it is. I rarely come across books like that even though fantasy worlds are ultimately at the hands of their makers, so do not need to include homophobia. I commend Ringle for taking this route, and hope to see more of it.

Finally, I really enjoyed Orzei as the antagonist because of his attitude. He’s convinced he’s doing it for the better, yet doesn’t hesitate to be increasingly violent in how he deals with obstacles that come in his way. He’s by no means pleasant, or even charming, but he does have a lasting impact on the story. He’s a complex character in his own right and the story is so much richer for it.

I do think the book was a tad on the short side. There are so many interesting aspects to explore, and the end brings on unanswered questions. The world the story is set in was fascinating. However, Ringle world-builds predominantly through dialogue, so it can be a lot to take in at once — though it does come together in a rich and vibrant setting as the book progresses. This also impacts the characters, though to a lesser degree. The main characters are all fleshed out, but the side characters would benefit from more time spent on them, as would Orzei and the rest of the royal family, especially in regards to anything related to magic.

Overall, I enjoyed Sage and King by Molly Ringle a lot. In the acknowledgments, she adds just where she got the inspiration from for the main couple, and it only added to my enjoyment (I’ll leave it at that so as not to spoil too much). Since my only real complaint is the book being too short, I’d love to read more stories set in this world!

Editor’s note: This book is definitely for older teens and adults as it has depictions of violence, body horror (parts turning into plants), and mentions of rape.

A sweet and succinct tale.