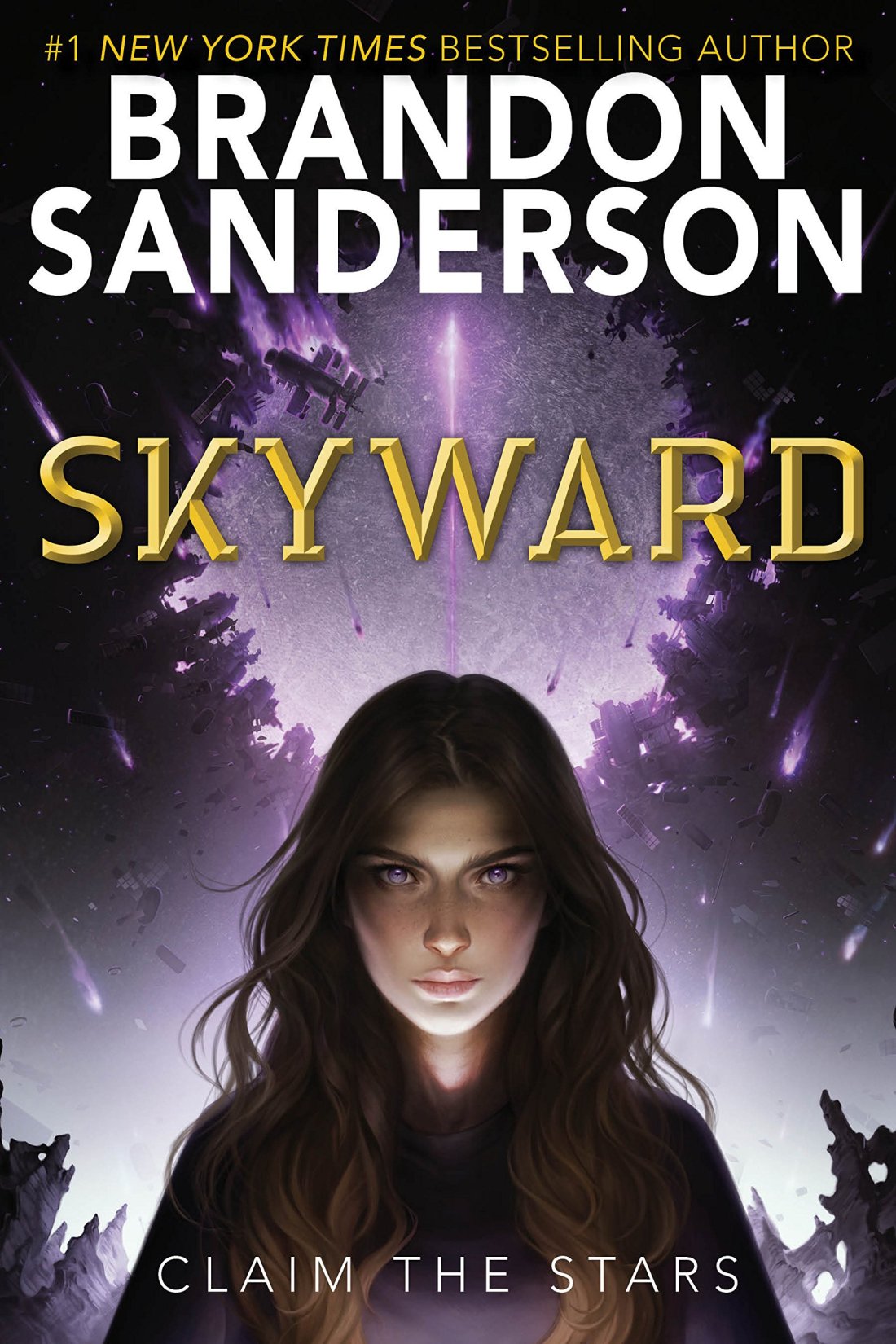 REVIEW: ‘Skyward’ by Brandon Sanderson is a solid sci-fi with funny, inspiring characters

The best thing about this book is the sassy spaceship. 🚀

Brandon Sanderson has proved himself a masterful storyteller, and his skills pay off in his latest YA novel, Skyward.

Defeated, crushed, and driven almost to extinction, the remnants of the human race are trapped on a planet that is constantly attacked by mysterious alien starfighters. Spensa, a teenage girl living among them, longs to be a pilot. When she discovers the wreckage of an ancient ship, she realizes this dream might be possible—assuming she can repair the ship, navigate flight school, and (perhaps most importantly) persuade the strange machine to help her. Because this ship, uniquely, appears to have a soul.

There’s a lot to like about Skyward — starting with the characters.

Sanderson’s protagonist, Spensa, is a feisty and dramatic hero, filled with bravado, skill, passion — and personal shortcomings. The daughter of a traitor pilot, Spensa comes against prejudice over her family’s reputation. It’s easy to root and cheer for her — for her to rise the ranks and prove her adversaries wrong. But what makes Spensa so endearing are the insecurities she hides behind her outgoing persona. It’s easy to fall in love with her and her plight.

And yet, as great as Spensa is, she’s only a small reason for why this book is good.

Yes, I said spaceship (or, at least, the artificial intelligence program installed inside the spaceship).

Songs should be written about M-Bot because M-Bot is the best thing to come around in a long time. M-Bot doesn’t remember his past — his memory banks have been corrupted — so there’s an aura of mystery about him and his origins.

Sanderson plays a wonderful game of smoke and mirrors here. M-Bot is seemingly nothing more than the comic relief. Like Spensa, he’s filled with bravado and a dark sense of humor. He’s also obsessed with mushrooms. But behind the jokes are clues about his past. That alone makes M-Bot a true treat for readers. Every time he speaks, you’ll be left laughing or intrigued.

With all that in mind, while there’s a lot to cheer about, Skyward is far from Sanderson’s best work. I don’t think anybody is expecting it to be on the same level as his legendary Stormlight Archive, but some aspects of the book don’t feel sufficiently fleshed out — particularly when it comes to the world’s lore.

Early on, it’s evident that the world’s backstory is important to some of the novel’s core mysteries. Small bits and pieces are revealed throughout, but they’re vague and almost never enough for the reader to dive into the mysteries or even guess about the answers behind them.

There are too many questions with too few answers.

When Sanderson does answer questions, he does so in a massive info-dump rush, introducing new elements of lore at the final hour, so the story isn’t left in total and complete darkness. No doubt, these elements will be explored in later installments (Skyward is the first book in a four book series), but it leaves the reader feeling like they missed out on the main course, only feasting on the (very good) appetizers.

That may be the only flaw, though.

In fact, there’s at least one other positive about this book that should be acknowledged: it noticeably evades some of YA’s worst tropes.

Instalove? Nah. In fact, while there are hints of romance in this book, it’s by no means front and center. And, naturally, that means there are no whiffs of love triangles/squares/pentagons either (please don’t screw this up in the sequels, Brandon!) What’s an evil empire? And what’s a rebellion?

Not that there’s anything wrong with any of those things. But when you read them a thousand times, well…

At the end of the day, Skyward is a solid sci-fi adventure with a couple of fantastic leads. You’ll be happy to have spent time with Spensa and M-Bot by the end of the book.

I look forward to jumping back into the cockpit with them.

+ Plot: It’s a fairly straight-forward plot that sometimes asks more questions than it answers.
+ Characters: The two leads are funny, witty and endearing.
+ Writing: This isn’t Sanderson at his best, but it may be him at his funniest.
+ Theme: A traditional story about family, trust and overcoming the odds.