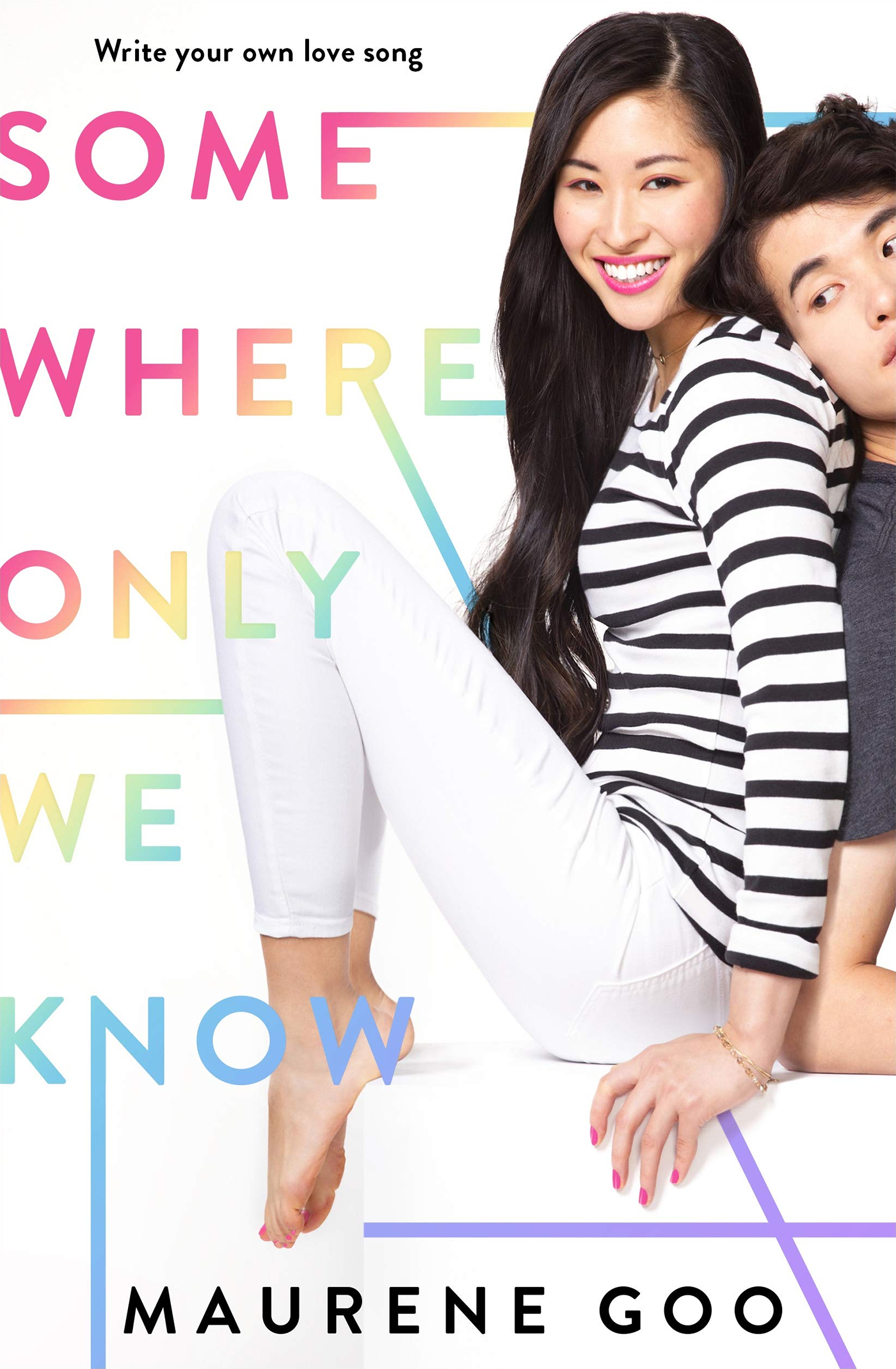 REVIEW: ‘Somewhere Only We Know’ by Maurene Goo is a romantic comedy readers will either love or hate

What could possibly go wrong when a K-Pop star and a tabloid reporter decide to spend an entire day together?

This is a story about falling in love in the span of a day and how that one person can help change the rest of your life.

10:00 p.m.: Lucky is the biggest K-Pop star on the scene, and she’s just performed her hit song “Heartbeat” in Hong Kong to thousands of adoring fans. She’s about to debut on The Tonight Show in America, hopefully a breakout performance for her career. But right now? She’s in her fancy hotel, trying to fall asleep but dying for a hamburger.

11:00 p.m.: Jack is sneaking into a fancy hotel, on assignment for his tabloid job that he keeps secret from his parents. On his way out of the hotel, he runs into a girl wearing slippers, a girl who is single-mindedly determined to find a hamburger. She looks kind of familiar. She’s very cute. He’s maybe curious.

Somewhere Only We Know is centered around Lucky who is the largest K-Pop star in the world. After her Hong Kong performance she starts to realize that being on top of the music charts no longer makes her happy, though.

Lucky is truly something special. Being a huge K-Pop fan myself, I enjoyed traveling into this fun world Maurene Goo created through her eyes. We see both the beauty and ugliness of the world of K-Pop while being respectful. Lucky is lost and unsure of her future, a challenge most teenagers face, but she doesn’t have the luxury of going through a rebel phase. She must maintain her squeaky clean, girl-next-door image. So the last thing she should be caught doing is spending an entire day with a random boy she just met.

But, in natural K-Drama fashion, Lucky does just this. Enter the random boy who is Jack, the other POV in Somewhere Only We Know. I think readers will be torn on his character. Jack is taking a gap year to figure out his future, but during this time he’s using his photography skills to work for a tabloid magazine. He’s selfish and hard to love. Once Jack and Lucky’s paths cross, his flaws are on full display because he has a completely different agenda for their day together than Lucky believes.

Lucky and Jack go on an adventure full of love, growth, and a lot of food. The majority of the story takes place in this one day. With that being said, if you’re not a fan of insta-love romances then this book might not be for you. Lucky and Jack are instantly drawn to one another, which I didn’t completely hate. Like I said, Maurene Goo does a wonderful job exploring Lucky’s character. She’s someone who spends most of her time alone, not being heard by others. When she finally finds someone who treats her more than just “Lucky, the K-Pop star” then it’s natural for her to care deeply for them. Plus, there are some cute moments shared between the two!

Outside of the insta-love, I enjoyed seeing how after their meeting both of their lives changed because of one another. Maurene Goo developed both of them well as individual characters. The ending wraps up quickly and will leave readers satisfied.

The representation in Maurene Goo’s novels always pull me into her stories. She knows how to tackle topics not normally seen in YA and do it well. Somewhere Only We Know is no different from her past releases. Through her unique characters, especially Lucky, she explores the world of K-Pop stardom and the price one pays to be famous. Somewhere Only We Know is Roman Holiday but so much more if you look past the instalove romance.