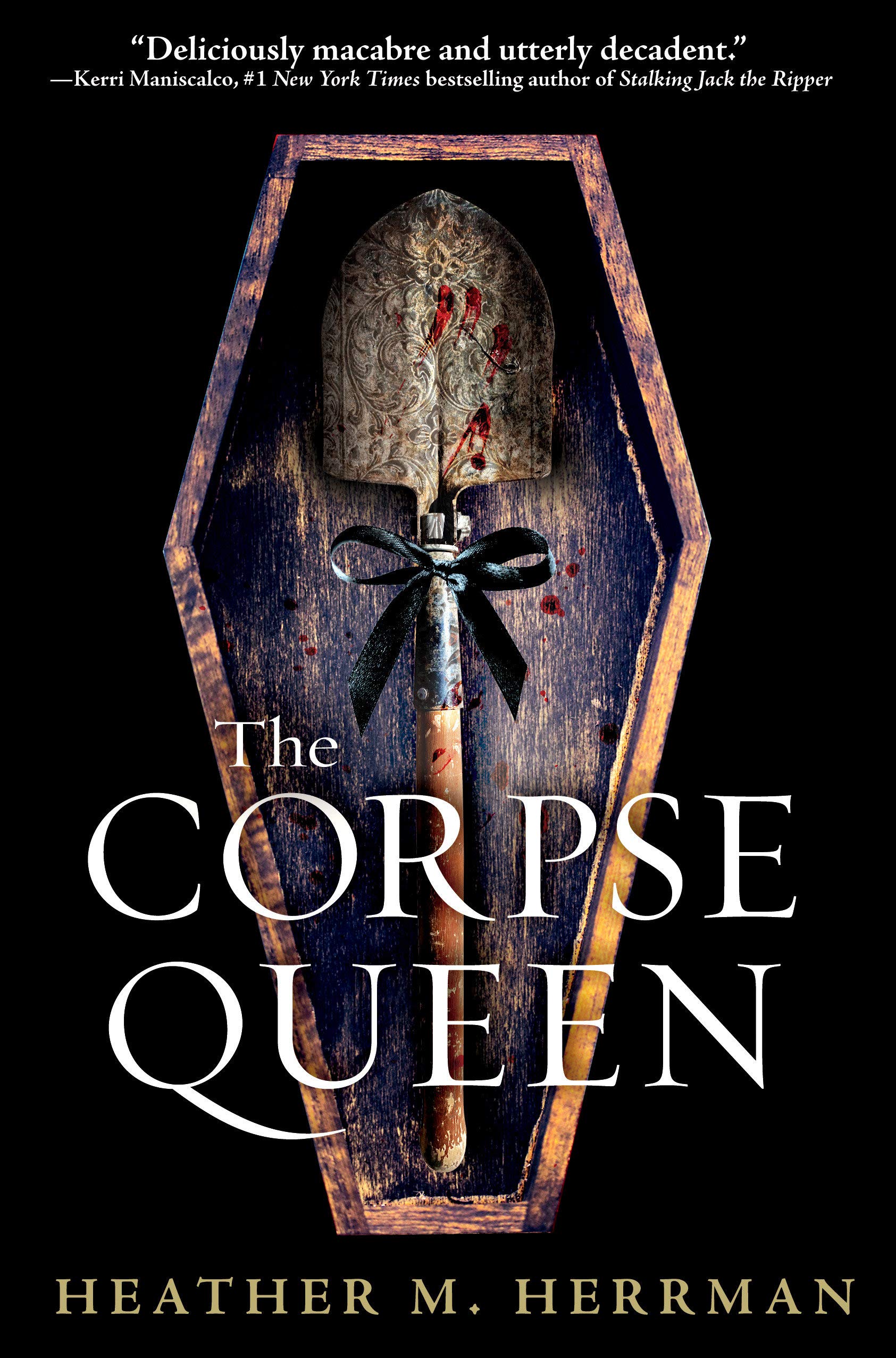 Molly’s quest for revenge leads her to the dark world of body snatching.

In The Corpse Queen by Heather M. Herrman, Molly Green sets out to get revenge only to bring about a world of change.

In this dark and twisty feminist historical thriller, a teenage girl starts a new life as a grave robber but quickly becomes entangled in a murderer’s plans.

Soon after her best friend Kitty mysteriously dies, orphaned seventeen-year-old Molly Green is sent away to live with her “aunt.” With no relations that she knows of, Molly assumes she has been sold as free domestic labor for the price of an extra donation in the church orphanage’s coffers. Such a thing is not unheard of. There are only so many options for an unmarried girl in 1850s Philadelphia. Only, when Molly arrives, she discovers her aunt is very much real, exceedingly wealthy, and with secrets of her own. Secrets and wealth she intends to share — for a price.

Molly’s estranged aunt Ava has built her empire by robbing graves and selling the corpses to medical students who need bodies to practice surgical procedures. And she wants Molly to help her procure the corpses. As Molly learns her aunt’s trade in the dead of night and explores the mansion by day, she is both horrified and deeply intrigued by the anatomy lessons held at the old church on her aunt’s property. Enigmatic Doctor LaSalle’s lessons are a heady mixture of knowledge and power and Molly has never wanted anything more than to join his male-only group of students. But the cost of inclusion is steep and with a murderer loose in the city, the pursuit of power and opportunity becomes a deadly dance.

From the first few pages, Molly’s strength shines as she goes out of her way to save Kitty’s reputation even in death. Then, when she goes to retrieve her first package, it’s her quick thinking and the helping hand of a friend that keep her from exposing her aunt’s operation and this continues throughout the book. She is an incredibly resilient and stubborn character who rarely deviates from her chosen path, though it does take some time for her to figure out what that path is. I greatly enjoyed Molly’s journey and her character arc, especially once she turned to things other than her revenge.

Herrman does a great job with her secondary characters too. Though they appear less than I would’ve liked, each moment with them fills them with life. Tom , Ginny, James, Ursula and even the twins have lives outside the main story that makes them incredibly complex. LaValle and Ava were in a category of their own. Herrman kept them at arms length, mysterious at all times which served the plot perfectly given the many twists. I would have liked to see more of Maeve and her uncle, however. I felt Molly often overlooked them once she got comfortable with the wealth around her. Even the more unsavory characters were welcome as they completed the world Herrman created while also adding a touch of fear.

As far as the plot goes, I found myself sucked in within the first few chapters. Molly’s quest for revenge quickly becomes entangled with the hunt for the Knifeman, which is then entangled with her aunt’s body trading business until most of the subplots merge in a spectacular ending. There is enough foreshadowing that a more careful reader could have gleaned the ending, but I was just along for the ride and clever twists.

I will say that certain scenes threw me off. The book opens with first person narrative from a yet unknown character, and then switches to Molly in the third person. There are several such scenes dispersed throughout the book and they came out of nowhere each time. They do tie into the story at the end, but they took me out of Molly’s story whenever they appeared which didn’t do the pacing many favours.

Apart from this, Herrman’s writing is excellent. Her characters feel real and she paints a vivid image of historical Philadelphia’s underbelly. The descriptions are visceral and very detailed. Herrman extends the medical metaphors beyond the bodies to the world she’s built. She describes the sky as bruised on occasion, a festering wound on another, lending a very peculiar feel to the city. She also adapts her descriptions when needed, giving a grand impression of a cabaret at one time only to completely flip it when it appears in the daylight. It certainly was gorier than I expected, though it does fit the subject. Herrman doesn’t shy away from describing the corpses, ailments, and effects of death in detail, so that is something to be prepared for.

Overall I very much enjoyed The Corpse Queen by Heather M. Herrman. She provides a thrilling mystery coupled with expansive character arcs for the ones I liked the most. There are important messages woven throughout and it’s a fairly quick read, certainly something I would recommend for fans of true crime.