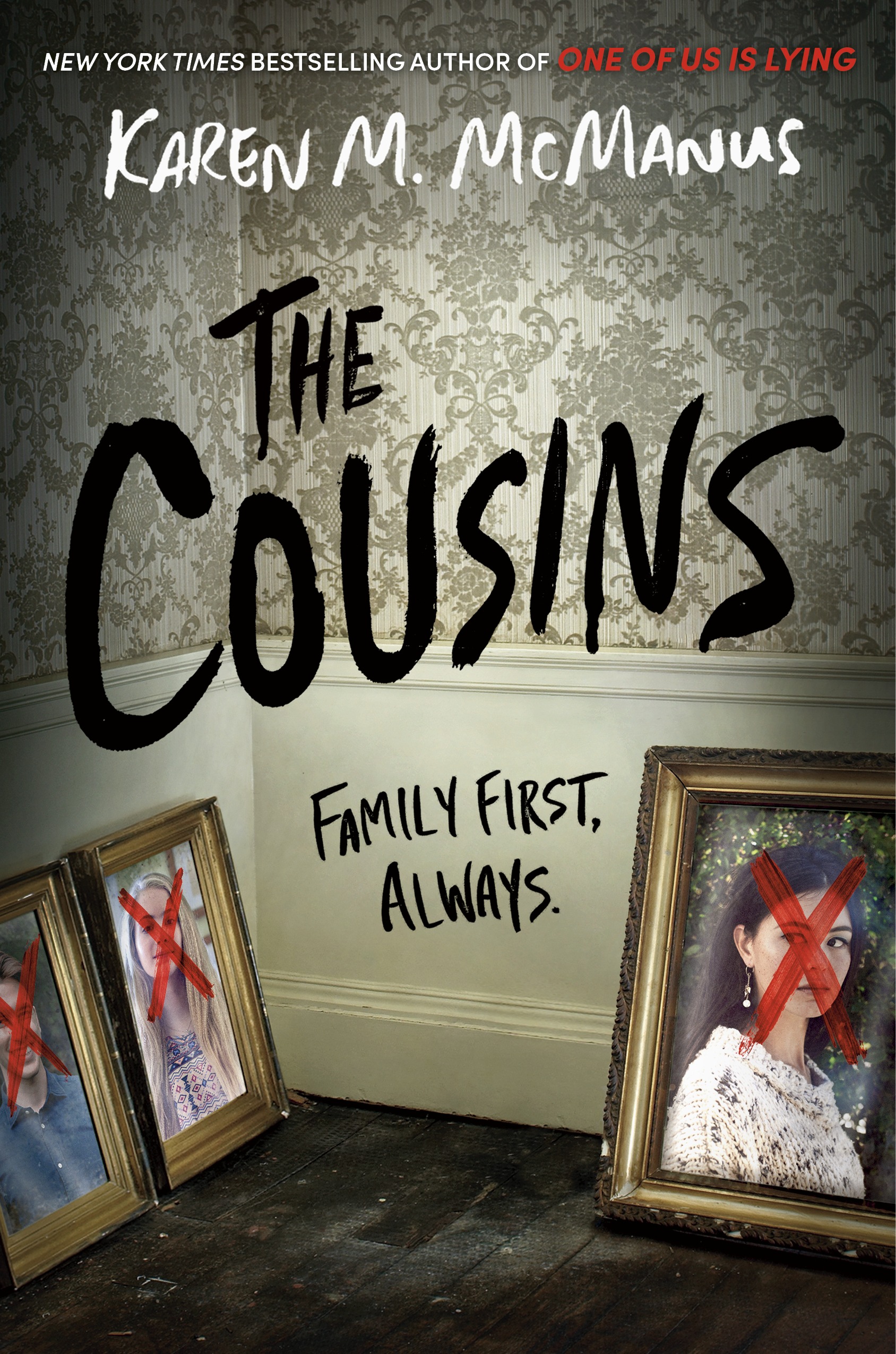 Combining family drama and long-buried secrets, ‘The Cousins’ is perfect for anyone with a taste for slow-burn mysteries.

With a premise based on everyone’s worst fear — family drama — and no shortage of deadly secrets, The Cousins is a fun thriller that never pauses for breath.

Milly, Aubrey, and Jonah Story are cousins, but they barely know each another, and they’ve never even met their grandmother. Rich and reclusive, she disinherited their parents before they were born. So when they each receive a letter inviting them to work at her island resort for the summer, they’re surprised… and curious.

Their parents are all clear on one point — not going is not an option. This could be the opportunity to get back into Grandmother’s good graces. But when the cousins arrive on the island, it’s immediately clear that she has different plans for them. And the longer they stay, the more they realize how mysterious — and dark — their family’s past is.

The entire Story family has secrets. Whatever pulled them apart years ago isn’t over — and this summer, the cousins will learn everything.

There’s nothing quite as efficient at causing deep-seated issues than family — something The Cousins perfectly represents throughout its 300-or-so pages. Right off the bat, it’s clear that the Story’s are not your everyday American family. From the eye-popping fortune held by a reclusive, absent grandmother to the cousins who may as well be strangers to one another, it was clear to me things wouldn’t go smoothly as soon as each character stepped foot onto their grandmother’s island resort.

Then again, this is a Karen M. McManus novel. Havoc is bound to occur at one point or another.

Except, it doesn’t happen right away. For the most part, the first third of The Cousins allowed some of the cousins — and myself — to get to know each other. While I honestly thought such a slow start would’ve irritated me, I found it to be a much needed introduction into the Story’s… well, story. Filled with complications and mysteries, and concerning secrets, there was no shortage of rabbit holes to follow throughout the novel.

Even better, though, was the enjoyment of experiencing them with each character. The three protagonists were just as developed as the next, and I found myself easily drawn into their individual motivations, however misguided they might’ve been. Told from three separate POV’s, every thrill was seen from a unique lens and perspective, making for a reading experience that never really let me get too comfortable with how things were going. There was always something — or someone — ready to throw a wrench into the mix.

And boy was there a lot of wrench throwing.

Once introductions were made, it was full speed ahead into a plot filled with twists, turns and jaw-dropping moments. It seemed that every time there was a head-spinning revelation, another was waiting right around the corner. There wasn’t a single event that didn’t push the roller coaster forward; not one conversation failed to add another layer to the mystery.

It all circles down to an explosive finale that ties everything together near flawlessly. While cheapened by a climax that felt a little too out of a cheesy straight-to-DVD action-thriller, the final revelation itself was enough to whisk away my expectations. Where I might’ve predicted the final twist beforehand in other books, The Cousins‘s concluding shocker only dawned on me just as the characters were figuring it out for themselves.

Propelled by McManus’s crisp, persistent writing style and tight plot beats, The Cousins is, at its core, a story about family — one wrapped in a package of lies, thrills and riddles. Those fortunate enough to have families of their own will most likely recognize the same themes presented throughout the novel in their own relationships: the encouragement to cherish loved ones while you still can, the reassurance that it’s alright to cut off those who cause you nothing but trouble.

And a warning to be careful of whom you trust.

Puts the "Lies" in "Families"

With relatable characters and no shortage of shocking moments, The Cousins is a stark reminder of how complicated families really can be.