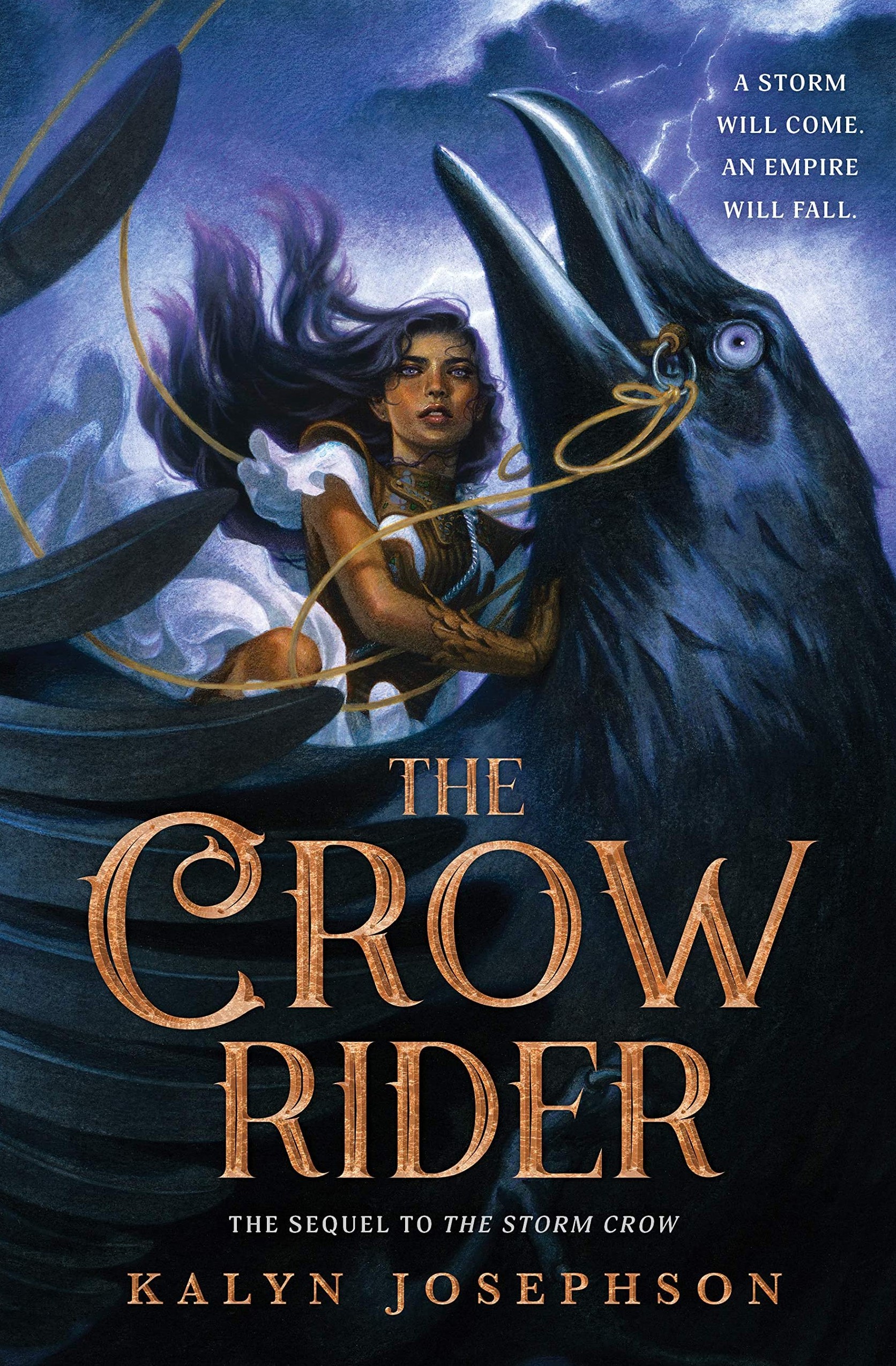 REVIEW: ‘The Crow Rider’ by Kalyn Josephson is a good but forgettable conclusion

In the conclusion to the Storm Crow, Kalyn Josephson gives us an epic setting that doesn’t stay with the reader.

The Crow Rider by Kalyn Josephson picks up where the The Storm Crow left off, with the gang fleeing on the boat while they plan their next move.

The thrilling conclusion to the epic Storm Crow duology that follows a fallen princess as she tries to bring back the magical elemental crows taken from her people.

Thia, her allies, and her crow, Res, are planning a rebellion to defeat Queen Razel and Illucia once and for all. Thia must convince the neighboring kingdoms to come to her aid, and Res’ show of strength is the only thing that can help her.

But so many obstacles stand in her way. Res excels at his training, until he loses control of his magic, harming Thia in the process. She is also pursued by Prince Ericen, heir to the Illucian throne and the one person she can’t trust but can’t seem to stay away from.

As the rebel group prepares for war, Res’ magic grows more unstable. Thia has to decide if she can rely on herself and their bond enough to lead the rebellion and become the crow rider she was meant to be.

Unlike the first book, the pace of The Crow Rider by Kalyn Josephson was lacking. The first half of the novel was slow because it’s part montage of the places they visit to show off the Crow, part training montage, and part political alliances. However, the second half is much more action packed, with a good balance of fight scenes and non-action that made it a breeze to read.

In The Crow Rider, Josephson shifts her focus away from Thia in order to develop the other characters. Through her perspective, the audience comes to understand them which imparts a richness into the story. Ericen stood out as he was unpredictable but incredibly entertaining, especially in his interactions with Kiva.

As for the plot, it was good but didn’t hold any surprises. It’s a plot I’ve read many times in fantasy novels, particularly in YA. I didn’t find it lacked in anything, however the last minute new magic curve-ball could have been explained better or mentioned earlier in the series.

Another well done aspect of the book was the romance. None of the relationships were forced or rushed, and I was surprised by the inclusion of an amicable break-up. Break-ups aren’t something that are seen often in YA, much less one where the participants saw the relationship wasn’t working and agreed they were better off as close friends.

However, this book’s biggest flaw is that it was, unfortunately, forgettable. I felt hyped while reading, especially the closer I got to the end — but little of it stayed with me in the days and weeks that followed.

All in all, I enjoyed The Crow Rider by Kalyn Josephson while I was reading it. It was a good conclusion to the series, I just wish it had been more memorable.

A good but somewhat forgettable tale