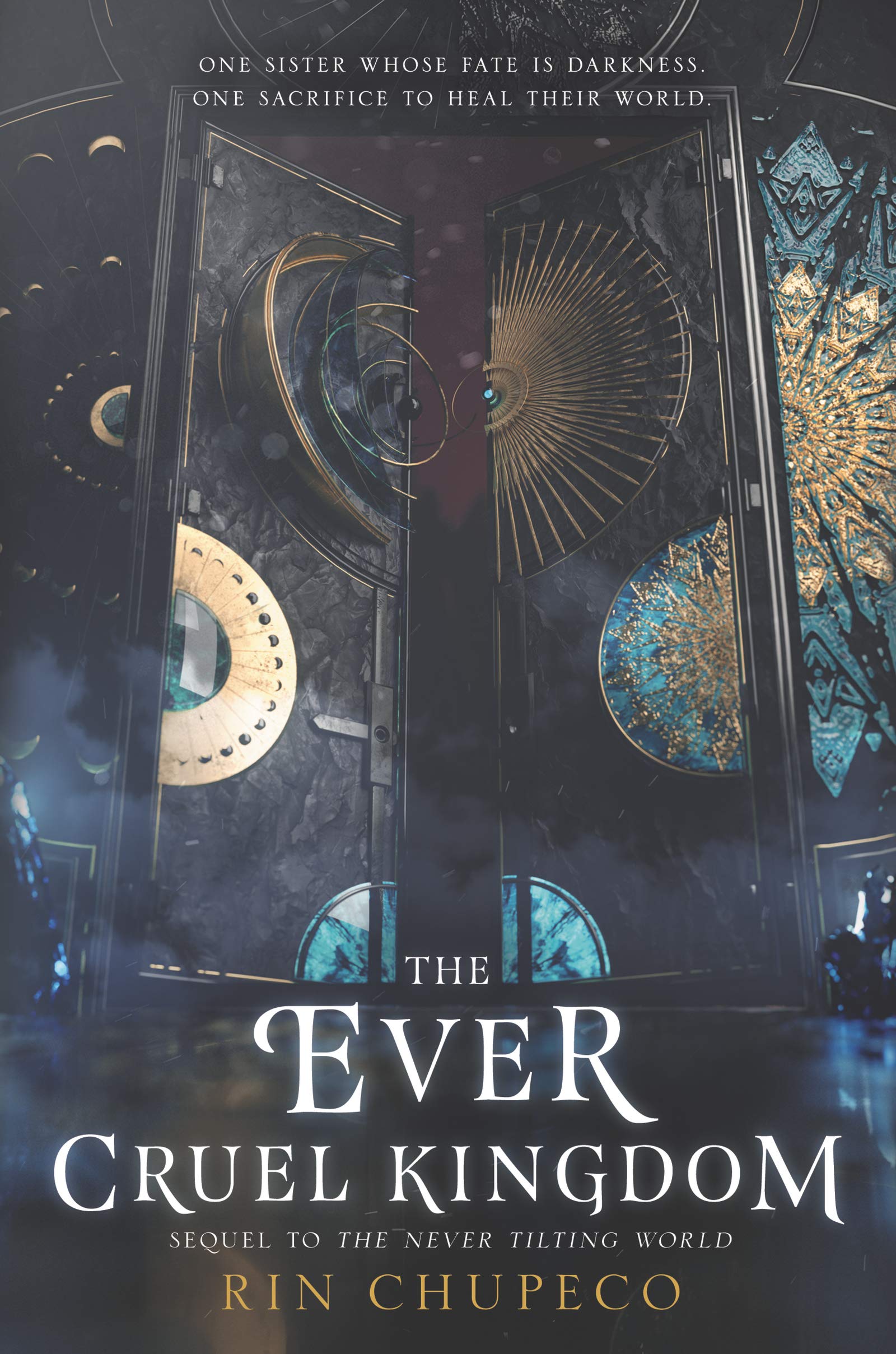 'The Ever Cruel Kingdom' by Rin Chupeco (HarperTeen)

REVIEW: ‘The Ever Cruel Kingdom’ by Rin Chupeco delivers an emotional conclusion

‘The Ever Cruel Kingdom’ by Rin Chupeco tells the tale of two sisters desperately trying to save their crumbling world.

The Ever Cruel Kingdom by Rin Chupeco tells the tale of two sisters desperately trying to save their crumbling world.

After a treacherous journey and a life-shattering meeting with a twin neither knew they had, Haidee and Odessa expected to emerge from the Great Abyss to a world set right. But though the planet is turning once again, the creatures of the abyss will not rest until they have tasted another goddess’s sacrifice.

To break the cycle, Haidee and Odessa need answers that lie beyond the seven gates of the underworld, within the Cruel Kingdom itself. The shadows of the underworld may hunger to tear them apart, but these two sisters are determined to heal their world — together.

Picking off right where The Never Tilting World left off, Haidee and Odessa realise that their decision only brought on more destruction. By refusing to complete the ritual, the galla hunger for a sacrifice and will stop at nothing to get it.

Chupeco’s writing stands out in The Ever Cruel Kingdom. She continues to alternate between four first person POVs: Odessa, Haidee, Arjun and Lan, where the last two serve to bring additional context to the mission. Seeing the world through Arjun’s and Lan’s eyes both humanises the goddesses and gives them a place within society as a whole. Chupeco even goes as far as to merge POVs in several chapters, using first person plural in a way I’ve never come across before; I commend her for it.

However, it can occasionally be hard to differentiate the main four voices. Haidee and Arjun stand out the best, with Odessa having the least distinctive voice.

As characters, Haidee and Odessa are the ones with the most character development in The Ever Cruel Kingdom. Progressively solving Innana’s history brings them closer and allows them to explore being two parts of a whole. Through this, each becomes stronger and more focused and it’s ultimately what allows them to heal Aeon in the end.

Chupeco also explores the side characters more in this sequel. Latona and Asteria are forced to confront their past, Janella plays a pivotal role; even the cannibal clans are given their due — all without weighing down the plot.

Another strong aspect is the book’s plot. The Ever Cruel Kingdom wastes no time throwing the reader into the thick of it. It’s fast paced and packed with action, with a sense of urgency that doesn’t let up until the end. Unlike the first book, the entire plot takes place over the course of a few days where the gang needs to balance the galla’s attacks with finding a solution.

As the book goes on, this escalates, with Chupeco upping the stakes for both the plot and characters. She also keeps her audience on their toes as it’s never obvious what the goddesses have to do. Going into the climax, I still had no idea who would play what role which made the book exciting to the very end.

I enjoyed The Ever Cruel Kingdom by Rin Chupeco. Not only is it a fitting conclusion, but the themes of sustainability, belonging and acceptance at the core of this book push the reader to reflect on the series’ message.