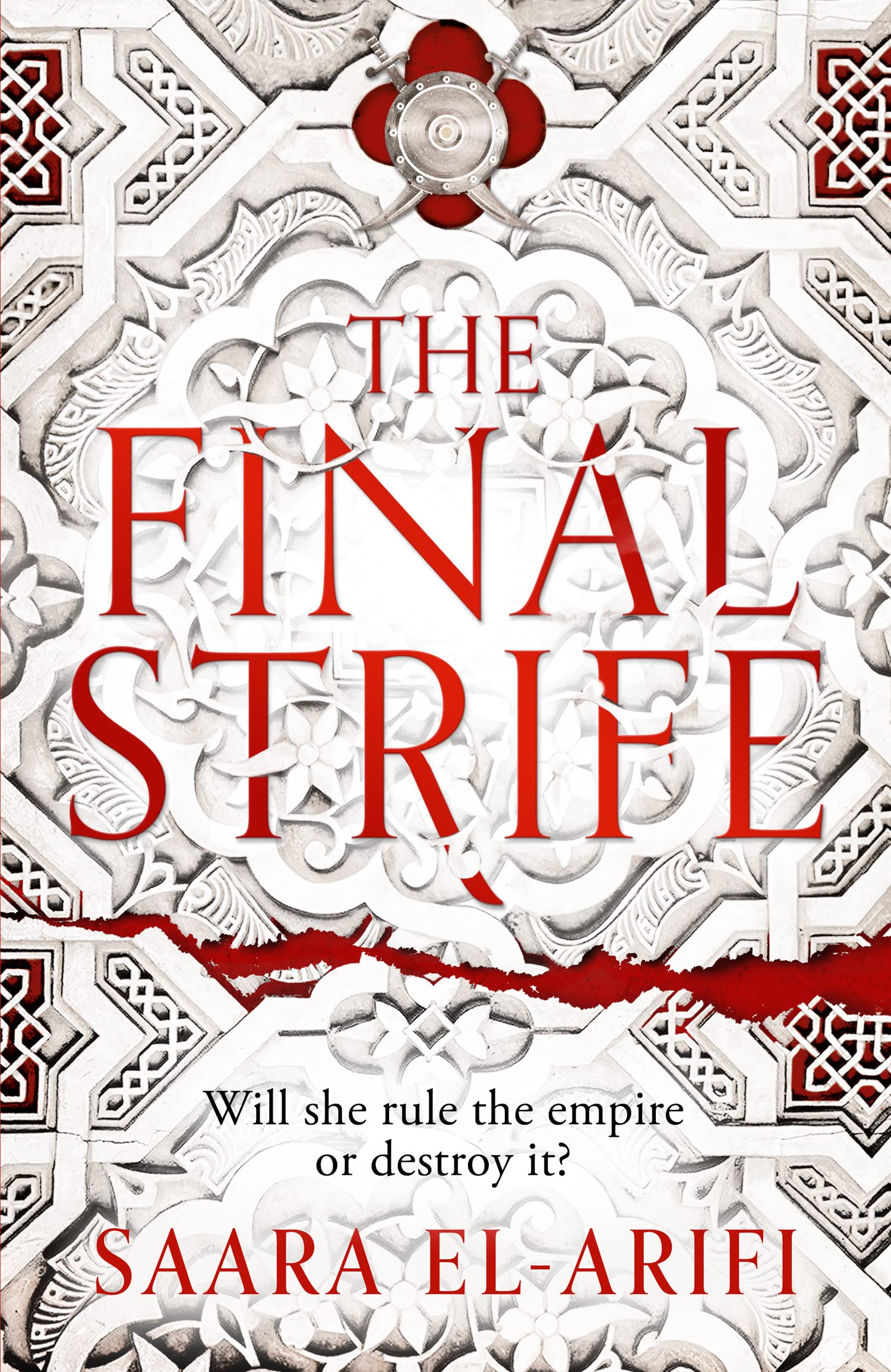 REVIEW: ‘The Final Strife’ by Saara El-Arifi is one of the best fantasies I’ve read in a long time

A shining example of diversity, ‘The Final Strife’ is an outstanding debut by an author to watch.

I was absolutely blown away by this debut fantasy novel. Saara El-Arifi is a name to watch out for, and The Final Strife is undoubtedly a novel everyone should read.

The Empire rules by blood

Red is the blood of the elite, of magic, of control.

Blue is the blood of the poor, of workers, of the resistance.

Clear is the blood of the servants, of the crushed, of the invisible.

The Aktibar — a set of trials held every ten years to find the next Ember rulers of the Empire — is about to begin.

All can join but not just anyone can win; it requires great skill and ingenuity to become the future wardens of Strength, Knowledge, Truth and Duty.

Sylah was destined to win the trials and be crowned Warden of Strength. Stolen by blue-blooded rebels she was raised with a Duster’s heart; forged as a weapon to bring down from within the red-blooded Embers’ regime of cruelty. But when her adopted family were brutally murdered those dreams of a better future turned to dust.

However, the flame of hope may yet be rekindled because Sylah wasn’t made to sparkle, she was born to burn.

And it’s up to her whether she rules the empire or destroys it.

The Final Strife begins from Sylah’s point of view…although there are later parts written from other characters’ point of view, which only adds to the novel. Sylah has turned to joba seeds, a highly addictive drug, to deal with the loss, guilt and distress she felt at having lost most of her adoptive family — and her purpose.

The beginning of the novel is definitely captivating. It builds up this incredibly brutal world where people are divided depending on their blood colour. Sylah is an Ember, but only she and her adoptive mother, Lio, know that. She was raised as a Duster and sees the terrible injustices around her daily, yet without the rebel faction, the Sandstorm, she feels unable to continue the cause.

Saara El-Arifi does a fantastic job of world-building. The Final Strife is set in a complex, detailed world that the author brings to life beautifully. My ARC did not have the maps included which I believe will be a valuable resource for readers to get a better feel for the layout of the empire. I already can’t wait to get my hands on a hard copy to study the maps for myself.

The characters of the novel are equally fascinating. With loveable ones and hateful ones in equal measure. There is honestly nothing more I could have asked for with regards to characterisation. Even as I write, I am still blown away by the skill evident in The Final Strife. Saara El-Arifi is definitely one to watch out for.

There were elements to the writing that could have been improved, but only in very small instances. Being a debut, The Final Strife already went above and beyond, so I’m sure El-Arifi will only get better and better as the trilogy (yes, trilogy!) continues.

The Final Strife is a shining example of how to write a diverse, inclusive, brilliant cast. From skin colour to blood colour, disability to LGBTQ+, El-Arifi has made a place for everyone, and she has done it effortlessly. This should be an example to any author or writer: diversity is not difficult. Diversity is necessary, a reflection of our beautiful world, and I can only hope this way of writing becomes the norm.

I could talk about this novel for a long time, sharing my love for particular characters, scenes, character-development and plot points…but I want you to experience this novel for yourself first. Read it, read it again, then come to me with all of your thoughts.

Needless to say I am already eager for the sequel, and The Final Strife is still yet to be released!

Plot: kept me guessing yet followed familiar styles to create a fantasy of epic proportions.

Writing: outstanding for a debut, with room to grow and develop.