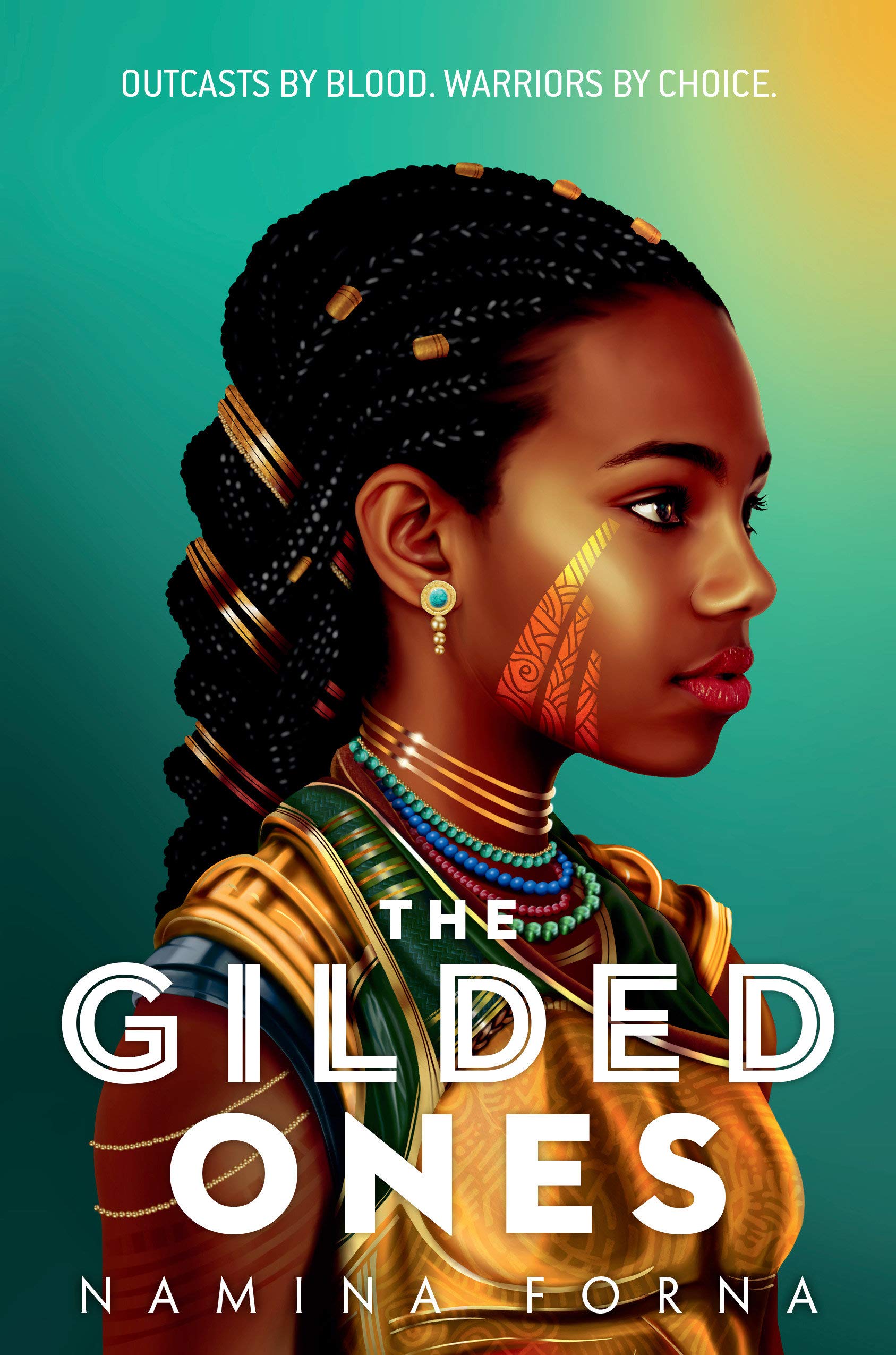 ‘The Gilded Ones’ by Namina Forna (Delacorte)

REVIEW: ‘The Gilded Ones’ by Namina Forna is a promising debut

Namina Forna starts strong in her debut fantasy ‘The Gilded Ones’

The concept of The Gilded Ones intrigued me from the start: a fierce, feminist fantasy? Sign me up!

Sixteen-year-old Deka lives in Otera, a deeply patriarchal ancient kingdom, where a woman’s worth is tied to her purity, and she must bleed to prove it. But when Deka bleeds gold — the colour of impurity, of a demon — she faces a consequence worse than death. She is saved by a mysterious woman who tells Deka of her true nature: she is an Alaki, a near-immortal with exceptional gifts. The stranger offers her a choice: fight for the Emperor, with others just like her, or be destroyed…

The Gilded Ones follows the story of Deka, a young girl who has just discovered she has the powers of a demon. Her journey is one of self-discovery as she moves to the Warthu Bera to train in the Emperor’s special Alaki army.

I really enjoyed watching Deka develop throughout this book. She begins as an incredibly self-conscious, fearful girl who has been beaten down by the patriarchy. As the plot progresses, she becomes more resilient, powerful, and determined to discover the truth about the world she lives in.

Namina Forna has done an excellent job at creating a painfully patriarchal world which refuses to even let women show their faces once they have gone through the Ritual of Purity. Despite being set in a fantasy world, the parallels to our own world are striking. It is clear Forna is using Deka’s story to show young girls that they are more powerful than they realise — and I love it.

The one thing letting The Gilded Ones down is the vagueness of some of its detail. While I got a great feel for the overarching theme of the novel, the specifics remained in the distance. Deka moves to the Warthu Bera, a training ground for alaki, to become a soldier in the Emperor’s army. However, the book really lacks the action that makes it all come to life.

I adored the theme of this book. Forna has created something with enough familiarity that the reader sinks into it easily, yet with enough uniqueness to keep it interesting and exciting. The writing is good in terms of getting a sense of the characters, but not so much when it comes to the nitty gritty. Despite the alaki being trained as soldiers, we get very little real action to demonstrate their daily lives. Instead, chapters are more like snapshots of the scenes that push the story forward, rather than develop its richness.

Having said this, the concept and theme do make up for what the writing lacks. The novel explores femininity and feminism in generally quite an inclusive way. I particularly loved the theme of friendship running throughout. Where stereotypical writing would create conflict through petty arguments, Forna breaks the barrier by showing girls supporting each other, regardless of their backgrounds, skin colour or sexuality. In this way, The Gilded Ones truly is a blueprint for how girls (and women) should lift each other up. In fact, the friendships between the alaki and their uruni — boy soldiers trained to protect them — are just as wonderful.

The Gilded Ones was a great debut. Namina Forna is passionate about her themes and her characters, and that really shows. I look forward to the potential of a sequel, and hope it brings with it the level of writing to support this beautiful series.

Characters: unique for the most part, but I would like to have seen more fleshing out.

Writing: slightly disappointing as it stopped short of truly bringing the book to life.