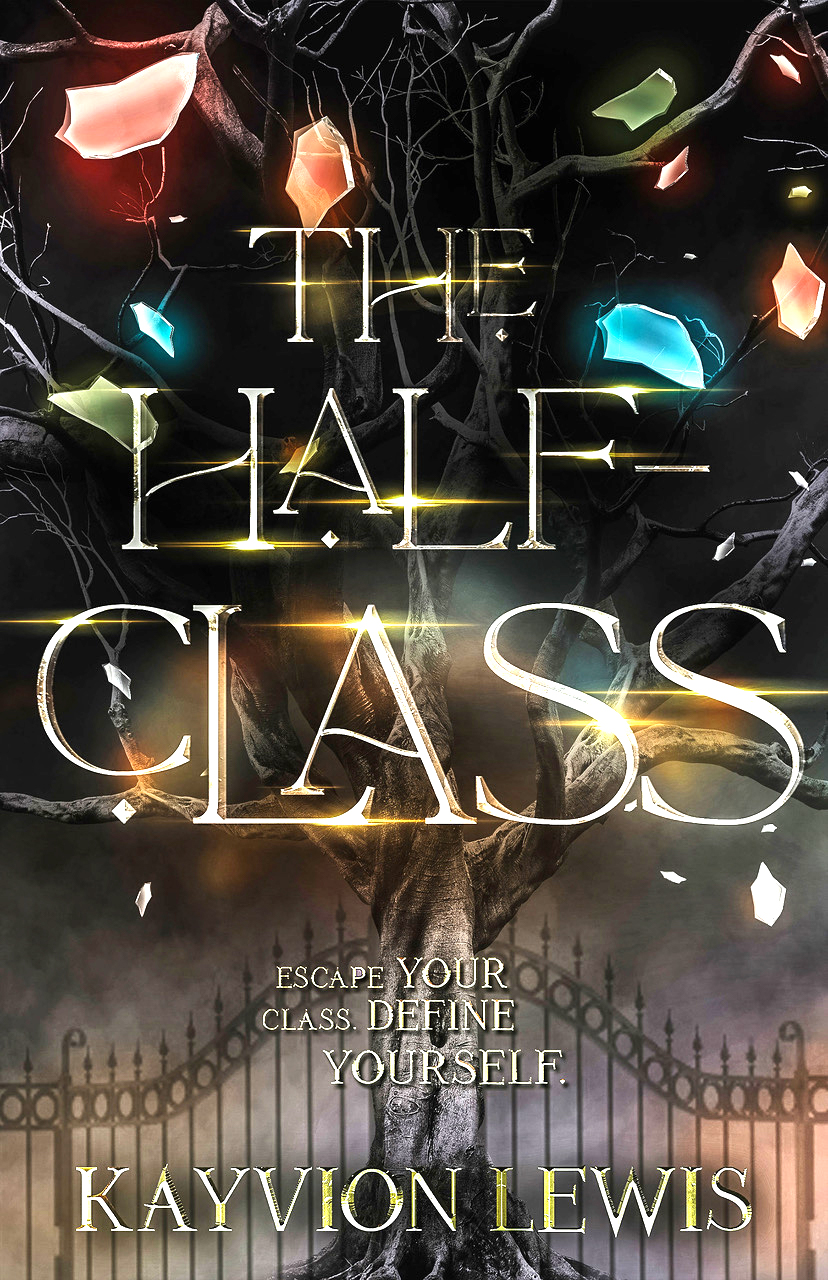 REVIEW: ‘The Half-Class’ by Kayvion Lewis is a punchy debut with a strong message

Evie’s quest to freedom hits a snag when she meets the prince she’s supposed to be rebelling against.

In The Half-Class by Kayvion Lewis, Evie finds herself stuck in between a prince and a rebellion against an empire that divides people by race.

By day, Evie is an outcast, a half-class. Too dark for the illustrious light class, and too fair for the lowly dark class, she is forced to walk the edge of the street with her head down and her paperwork ready.

By night, she rebels, burning down municipal buildings and raiding shops with her fellow half-classes by her side. It’s a dangerous life, but it’s simple — or it used to be. When Prince Cass walks into her aunt’s brothel, life becomes more complicated. Evie and the prince inadvertently hit it off, and her fellow rebels see a golden opportunity. Having a girl near the prince is the perfect way to find out exactly what the king is planning for the half-class. And unfortunately for Evie, that girl is her.

Day by day, Evie grows closer to Prince Cass, who’s far more charming than he should be, while the rebels use her information to strike back against his father. But the half-classes are turning ravenous in their retaliation.

Soon, they’ll want blood — the blood of someone Evie might be starting to love.

Ever since King Dreux invaded her home, Evie has had to grow up an outcast, stuck between the world’s two classes. It was only natural she joined the rebellion.

Evie is such a headstrong character. The book is upfront about this and it only grows as the book progresses. I found her stubbornness admirable, even if it got her into trouble in certain situations. It fit well with her drive to be better, to be free of the class constraints. While she has moments of growth throughout the book, her character arc remains unfinished as the book ends on a cliffhanger. I am very interested in seeing how it will progress in the rest of the series.

As far as Cass is concerned, I found him endearing. He’s a good match for Evie, though he never manages to temper her in any way. Lewis did some really interesting things with his character when it came to how he presents himself inside and outside of the palace as well as during visits to his father. I thought their relationship was sweet. Their dialogue is fun with plenty of banter, and Evie’s feelings for him become the biggest part of her character arc, as well as how she fits those feelings into her mission for the rebels.

Evie’s relationships with the other characters are also dominated by that stubbornness. At 17, she has little time left before she must find a way to sustain herself, or work in her aunt’s brothel. This puts a strain on her relationship with her aunt and colours the one she has with her cousin. Kat uses her talents as a sex worker to assist her outside her job, something that Evie is conflicted about. While they start off close, the events of the book and Evie’s getting close to the royal family drives a wedge between. Despite this, I enjoyed their dynamic as it brought out both their strengths and their flaws.

Evie’s friendships with her aunt’s other sex workers also serve to shine a light on how real each character seems. Their stories, their talents and ambitions all come out at some point or another during the book, giving each of them unexpected depth.

The Half-Class by Kayvion Lewis presents a very vibrant world to its readers. All of Lewis’s characters drive it forward, whether that be main, secondary or even background characters. When Evie describes patrons to Cass, she makes the world truly feel lived in which I really appreciate in any fantasy, but especially a debut.

As for the more general worldbuilding, I found it fascinating though I wish Lewis had delved into it more. The first half of the book really concentrates on Bexbury and how the king’s laws affect its people, but there’s little explanation as to why. Once we get to the palace, the class system becomes more concrete but I would like to see more of the religion that led to this in future books.

One of my biggest complaints is how Evie’s relationship with Luke is handled. Even though she admits that their relationship isn’t progressing the way she wants, she still gets angry when it does take a different turn and then gets over it within the span of a few pages. That whole subplot added little to the story other than drama which wasn’t needed when the stakes were already this high.

The Half-Class by Kayvion Lewis was a fresh and promising debut. She uses her own experiences to paint a stark world where race rules all which, fantasy or not, delivers a strong message. I am eager to see more from her!

Fresh debut with a strong message