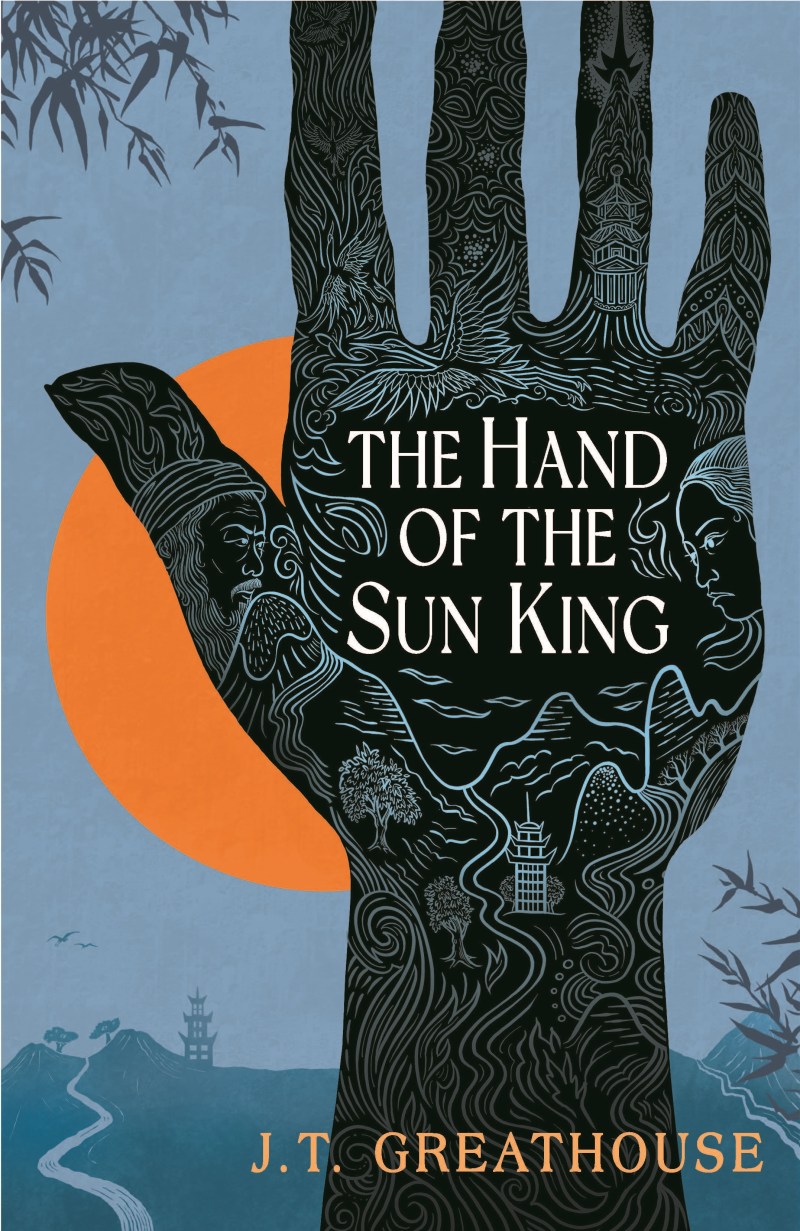 'The Hand of the Sun King' by J.T. Greathouse (JABberwocky Literary Agency, Inc.)

REVIEW: ‘The Hand of the Sun King’ by J.T. Greathouse took me on a long journey

Wen Alder’s path has been shaped before he ever had the choice, but what if he chose not to follow?

The Hand Of The Sun King by J.T. Greathouse tells the journey of Wen Alder as he wrestles with his heritage in the face of a colonising Empire.

All my life, I have been torn between two legacies: that of my father, whose roots trace back to the right hand of the Emperor. That of my mother’s family, who reject the oppressive Empire and embrace the resistance.

I can choose between them – between protecting my family, or protecting my people – or I can search out a better path . . . a magical path, filled with secrets, unbound by Empire or resistance, which could shake my world to its very foundation.

But my search for freedom will entangle me in a war between the gods themselves . . .

Wen Alder was torn between two destinies from the moment he was born. With his mother being Nayeni and his father from the Sienese conquering Empire, he’s always struggled to reconcile his legacies and that marks his journey in the book. As a child, he touched unbridled power and he spends the book trying to recapture that feeling. It’s this ambition that sets him apart as a main character since it drives his every step. He quickly discovers that every type of magic he encounters comes with limitations that first taste didn’t, which only adds to his frustration. As he grows, he comes to see the Empire as reductive at first, and then cruel, until finally he breaks from it.

The first half of the book is dominated by his ambitions and frustrations. He clings to them and propriety as he tries to erase his mother’s heritage and serve the empire. I’ll admit, this part of the book was tedious, Alder’s extreme adherence to rank and his dwellings on whether or not someone of lower station insulted him made him thoroughly unlikable during the first part of his training. His friendship with Oriole is the first step in him divesting himself of the empire and thus becoming a more interesting character. Once he’s not held back, his quick thinking and kindness shine through and I genuinely liked being in his head. I especially liked his progression in the final parts of the book, his decisions and actions showed how much the journey was worth it.

Though this is a first person narrative, Greathouse takes care to have enough interactions with the side characters that they stay memorable. Alder’s mother, his grandmother, his uncle Usher, Oriole and others make a lasting impression, even with brief interactions, which only served to enrich the story.

However, I was less impressed by the romance. I liked Atar when she was introduced, especially how she used dancing to express herself, but I don’t feel the romance added much to this particular book. While it didn’t feel shoehorned in, Alder’s journey could have been the same without it.

Greathouse lost a little with the worldbuilding. Alder’s world is a fascinating one, with old gods that are very much alive, an undying emperor that can peer through the minds of his subordinates, and a complicated magical history enough to entice any fantasy fan. However, vital parts of the world are left unexplained until late in the book, making it a lot to take in at that stage given the other events taking place. Despite this, I am curious to see how it develops in further books as Greathouse’s writing does make his world come alive.

The Hand Of The Sun King by J.T. Greathouse contains some beautiful writing. His descriptions are beautifully vibrant as he goes into depth about everything Alder encounters without being tedious. Each province in the empire has a distinct feel to it with a rich history that ends up sucking readers in.

However, the pacing was uneven at times, especially when Alder was travelling or arriving at a new place. At first it would seem like every single hour in a day was described, then the narrative would skip weeks, months, even years at a time. I appreciated the overview of Alder’s life, though, however awkward the pacing.

The Hand Of The Sun King was a thrilling introduction to a new fantasy series. Despite certain shortcomings, Alder’s world captivated my attention and his journey is one that I look forward to continuing in the sequel!

A journey with many ups and downs