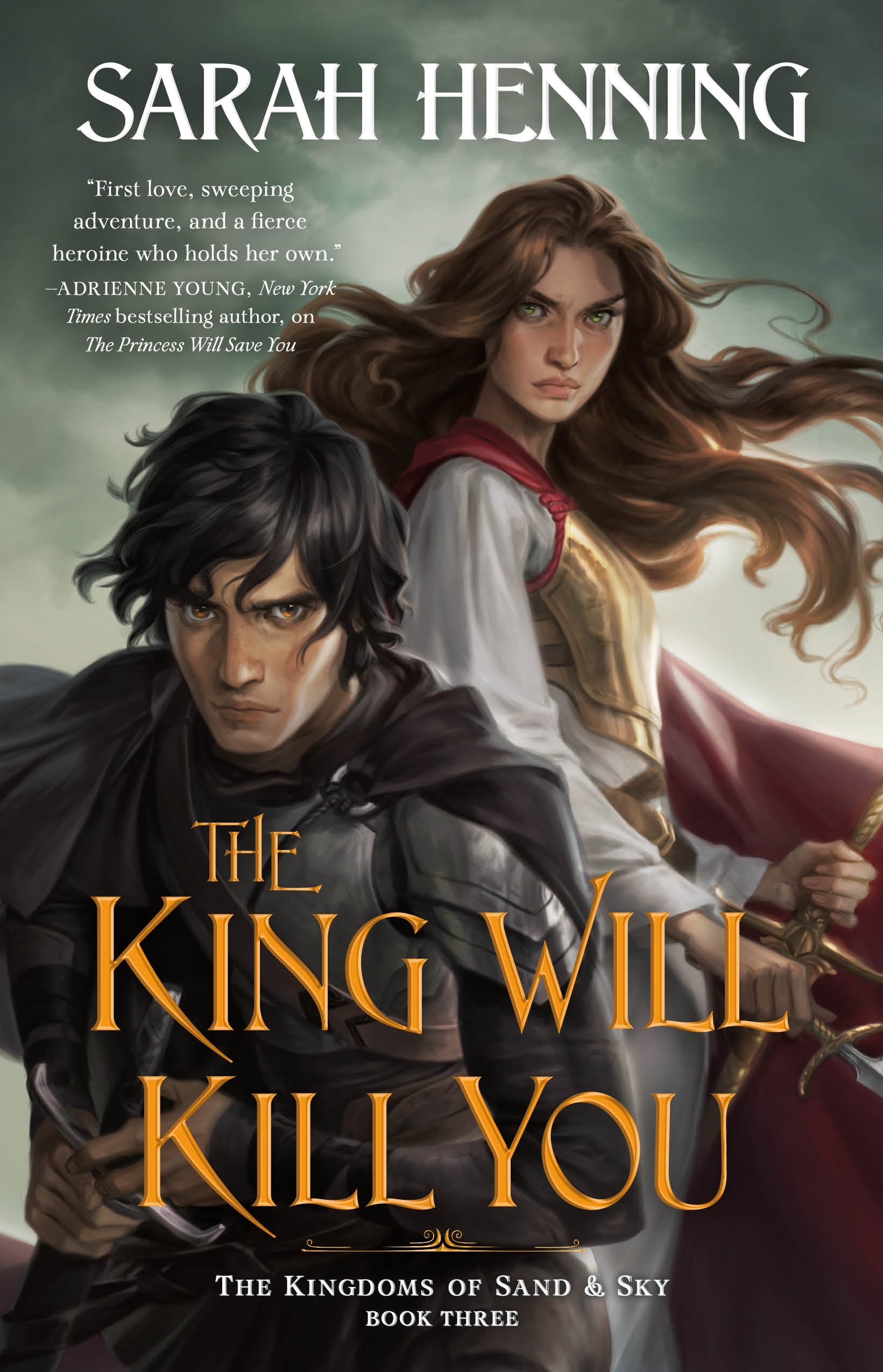 'The King Will Kill You' by Sarah Henning (Tor Teen)

REVIEW: ‘The King Will Kill You’ by Sarah Henning delivers an unexpected yet satisfying conclusion

Our pair thought they had everything figured out, until an old foe rises again.

Amarande and Luca face new challenges in their quest to regain their rightful places in The King Will Kill You by Sarah Henning.

Princess Amarande is finally on the verge of having everything she wants. To be with her true love Luca, no one nor law standing in the way. To rule Ardenia as queen outright, no marriage necessary, as Luca does the same with the reformed Torrence. To rebuild the continent of The Sand and Sky into a place not defined by archaic, patriarchal laws, but by the will of its people.

However, threats await in the shadows of Amarande’s hoped-for happily ever after. One expected and deadly to both her love and every one of her objectives. The other, unexpected, and arising with a vicious aim: revenge at any cost. Against the princess who killed him, the boy whose love made her do it, and the continent cruel enough to deserve his rage.

Having thwarted the murderous monarchs in The Queen Will Burn You, Amarande and Luca think their last remaining problems is catching a runaway Geneva until they are confronted with the continent’s archaic rules that Myrcell, Basilica and The Pyrenées’ new monarchs seek to uphold — namely that Amarande is not fit to be queen by her own right despite having been crowned a mere week before.

Naturally, Amarande doesn’t take kindly to this and makes her quest to legitimise her crown her first priority, and is the driving force of the plot. As in the previous books, she remains headstrong and temperamental, but her trials so far have made her less impulsive, especially once she is given time. She is also incredibly righteous as she doesn’t hesitate to point out the injustices the continent has and continues to commit against women. Even though she was Ines’ and Geneva’s target she realises that she can understand how and why they were forced into their plans by a world seeking to tear them down. Despite all this, her character arc culminates in a surprising change at the end of the series that really showed her growth.

After having reclaimed his title, Luca settles into it quite well, choosing a diplomatic option first in many cases. Always in contrast to Amarande, he is more measured in his plans, eloquently teasing the rest of the continent over to his cause, but he will not hesitate to fight when needed. His character arc throughout the series sees him becoming his own person rather than a character constantly attached to Amarande, which I appreciated.

Henning doesn’t hesitate to give her secondary characters arcs of their own, even the ones like Geneva and Renard. Their scenes humanise them despite all they’ve done, and they serve as a reminder that the state of things is never black and white, even in fiction.

Plot-wise, The King Will Kill You by Sarah Henning brought back many of the themes seen so far in the series, while new and exciting twists kept me engrossed with every new chapter, especially after the second half. Personally I didn’t quite see the point of bringing Renard back though I did find his chapters interesting as a character study more than a plot device. However, Henning did a good job tying him into the Geneva subplot leading up to the climax.

Henning’s signature purple prose is also one of the defining characteristics of this book. While it can be wordy at times, her unusual metaphors and engaging descriptions of action scenes compliment the book rather than slowing down its pace. Not to mention that the writing simply fits with the characters, especially during Amarande and Luca’s chapters.

Overall, Sarah Henning wrote a strong series with a feminist message at its core. While that message can get repetitive, her female characters each embody it differently with every new challenge they face. The King Will Kill You offers a satisfying conclusion to the series, with an unexpected ending that shows true character growth.

'The King Will Kill You'