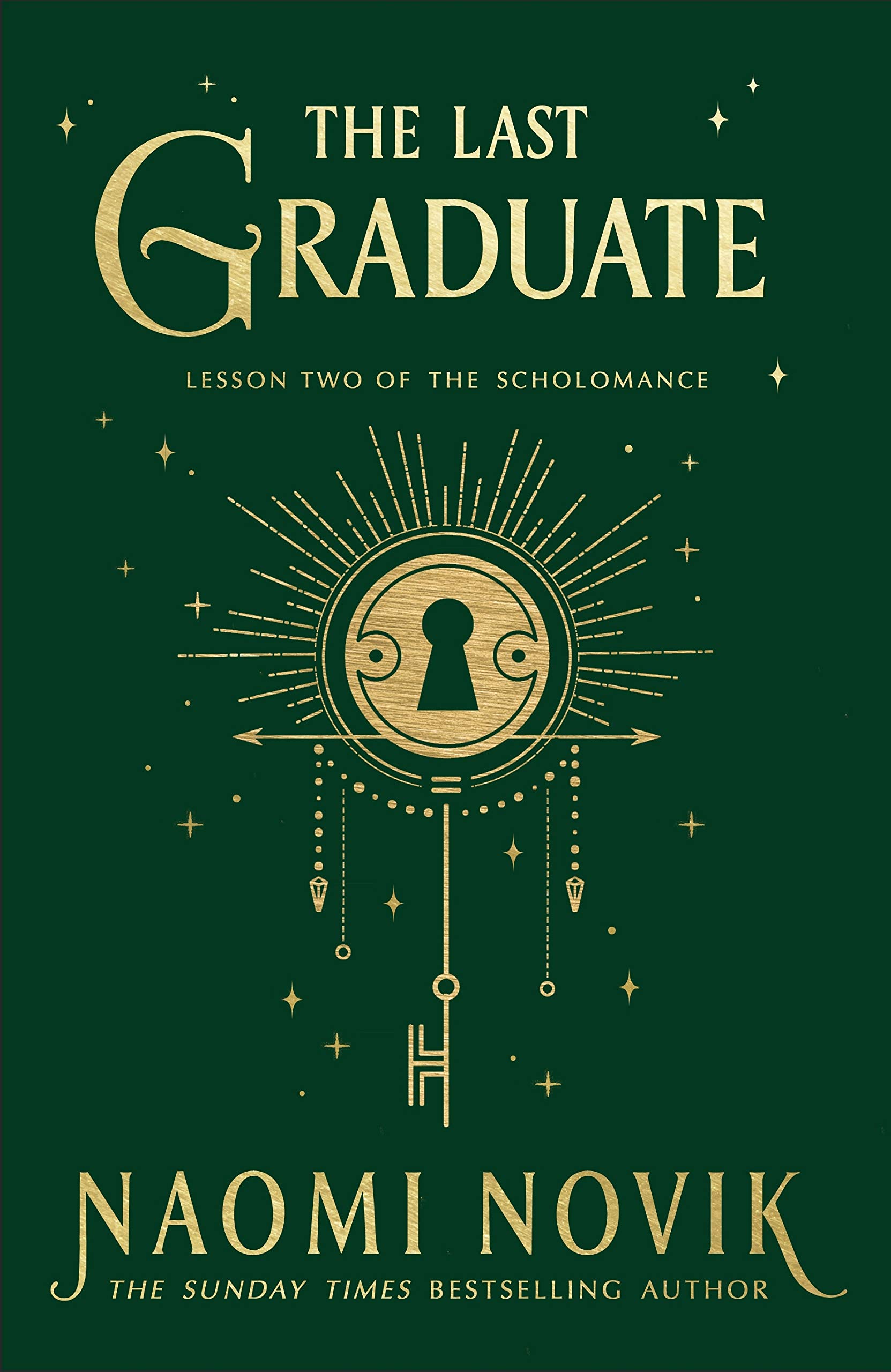 REVIEW: ‘The Last Graduate’ by Naomi Novik is an exciting return to the Scholomance

‘The Last Graduate’ throws us back into the deadly Scholomance and the flawed-yet-loveable characters trying to escape it.

I couldn’t help but love every moment of The Last Graduate even when some descriptions were left wanting.

The dark school of magic has always done its best to devour its students, but now that El has reached her final year — and somehow won herself a handful of allies along the way — it’s suddenly developed a very particular craving…

As the savagery of the school ramps up, El is determined that she will not give in; not to the mals, not to fate, and especially not to the Scholomance. But as the spectre of graduation looms — the deadly final ritual that leaves few students alive — if she and her allies are to make it out, El will need to realise that sometimes winning the game means throwing out all the rules.

The Last Graduate picks up immediately where A Deadly Education ended, which reflects the way the school year at the Scholomance works — no holidays. If it has been a while since you read the first novel, it might be worth revisiting it before beginning the sequel, as there is little recap here. El and her friends dive right into their final year coursework and training for graduation. Even though the book is quite long, some aspects felt rushed mainly because it covers the course of a whole year. Particularly towards the beginning I felt as though I was being rushed through the weeks to reach the main plot points.

Nevertheless, it is easy to fall back into the rhythm of El’s sarcastic, witty tone which I continue to adore. There is something completely loveable and, in parts, relatable about her, despite her flaws. In fact, her flaws aid her character and Novik does a great job at showing El’s development as she battles with years of ingrained trust issues and negative self-image. She certainly comes out of this book a much better person than the girl we first met, even if she still has a way to go.

Our other characters were just as enjoyable. Watching friendship blossom between Aadhya, Liu and El was wonderful, especially because each of them needed the friendship just as much as the others. Orion was…Orion. Heroic and awkward, yet loveable all the same. His character felt a little under-developed however, with many of his appearances feeling quite robotic and lacking in personality. I hope book three will offer some development here.

One issue I had was a bit of confusion with the blending of American and British customs and phrases. El is Welsh, and often uses terms that are typically British. However there are times when Americanisms slip through which became jarring when paired with mentions of El’s identity. Similarly, there was little description for character appearances, which meant the somewhat diverse identities of the main characters were lost behind the frequent mention of the New York enclave.

The Last Graduate changes the tune of the Scholomance series ever-so-slightly, as we begin to learn a little more about the world the books are set in. As the plot progresses, we learn more about the building of the school and events happening in the outside world which are evidently building up to future novels which, yes, I already know I’ll be reading.

As dramatic and deadly as the Scholomance is, there is something cosy about this book. Perhaps the ease with which Novik brings us back to these characters and this story, or perhaps the delicious theme of education and magic that adds just a hint of a dark academia feel. I completely devoured this book, in spite of the long chapters, because I simply couldn’t leave these characters behind.

Novik is a queen of dramatic endings, and The Last Graduate is no different. If you enjoyed A Deadly Education then I have no doubt you’ll be loving its sequel just as much, and be as desperate for news of a third book as me.

Plot: it felt rushed in places but otherwise had me hooked from beginning to end.

Characters: I still adore El, even though she might grate on some. Each character is great in their own right.

Writing: captivating, yet would have benefitted from more frequent and more detailed descriptions.

Theme/Message: dark academia enough for cosiness yet fantasy enough for a thrilling ride.